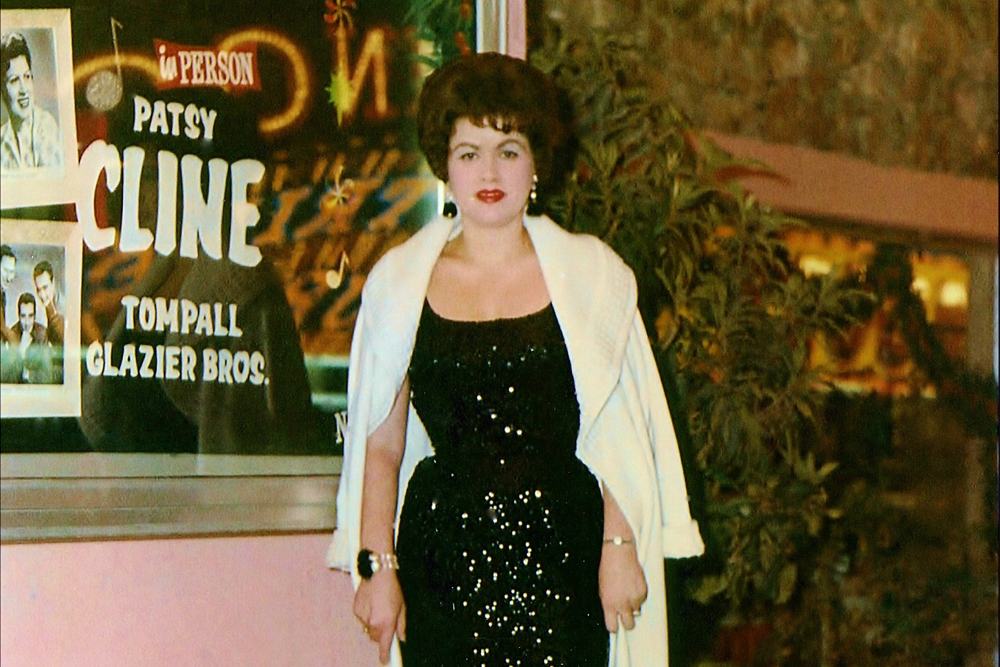 Before country-music singer Patsy Cline was, well, Patsy Cline—that is, before she helped to define the Nashville, Tennessee, sound during the late 1950s and early 1960s, and before she died unexpectedly at age 30—she was born Virginia Patterson Hensley to Hilda Virginia (née Patterson) and Sam Hensley, in Winchester, Virginia. It was 1932. Hilda was only 16, and Sam, whom Hilda married six days before their daughter’s birth, was decades older than she was. He was a blacksmith; Hilda was a seamstress. Hilda was also resourceful; when Sam deserted her, Patsy, and Patsy’s two younger siblings in 1947, she kept things stable for the kids. The little family’s home life was by all accounts a happy one.

Money was tight, though. When Cline was 16, she dropped out of school to work and help out her Solo Mom with finances. She worked at a poultry plant and a local soda shop; she worked at Gus Kaknis’ Capital Restaurant (where Hilda was a waitress) and waitressed herself at the Triangle Diner; and she worked behind the food counter at a Greyhound bus station. But she pursued music when she could.

Cline had taught herself how to play piano when she was about eight years old. As a teen, she watched performers, visible through the window at a local radio station, and eventually asked WINC disc jockey Jimmy McCoy if she could sing on his show. She did, in 1947, and acquitted herself so well that she was asked back. Soon Cline began appearing at local nightclubs; Hilda made the fringed Western outfits Patsy wore, from Patsy’s own designs.

Cline began performing with bandleader Bill Peer’s group in 1952, and it was Peer who convinced her to change her first name to “Patsy” for the stage. The surname Cline came from her first marriage to Gerald Cline. Around the time that marriage ended in 1957, things were really heating up in her singing career. She appeared on the Arthur Godfrey’s Talent Scouts show, delighting the audience—and winning the program competition—with her rendition of “Walkin’ After Midnight.” Though she kept the name Cline for professional reasons, she did get married again, to Linotype operator Charles Dick. She called Dick the love of her life, and the couple had two children together.

Cline, who called herself “The Cline,” was nobody’s fool. She managed her own career and wasn’t afraid to stand up to men to get her due. At a time when concert promoters commonly cheated stars by promising to pay after a show but then skipping out before the concert ended, Cline made sure she got her money before she went onstage. When she realized a lifelong dream, becoming a member of the Grand Ole Opry cast, she did so by brazenly requesting a slot. She is reportedly the only person to ever achieve membership in that way.

Cline died in a plane crash in 1963, and her death was hard on Hilda, as the two had always been so close. Cline’s daughter, Julie Dick Fudge, once said, “Grannie loved my mother so much that it’s still hard for her to talk about [the accident].” But the hardworking girl from Winchester left a rich legacy: years after her death, songs she made famous, from “Crazy” to “I Fall to Pieces,” have remained popular—and relevant. Cline was inducted into the Country Music Hall of Fame in 1973, and has been portrayed in movies such as Coal Miner’s Daughter and Sweet Dreams. A Nashville museum dedicated to the singer opened to the public in April 2017.

As Hilda, who was to live 35 more years after Cline’s death, once said, “I never knew so many people loved my daughter.”