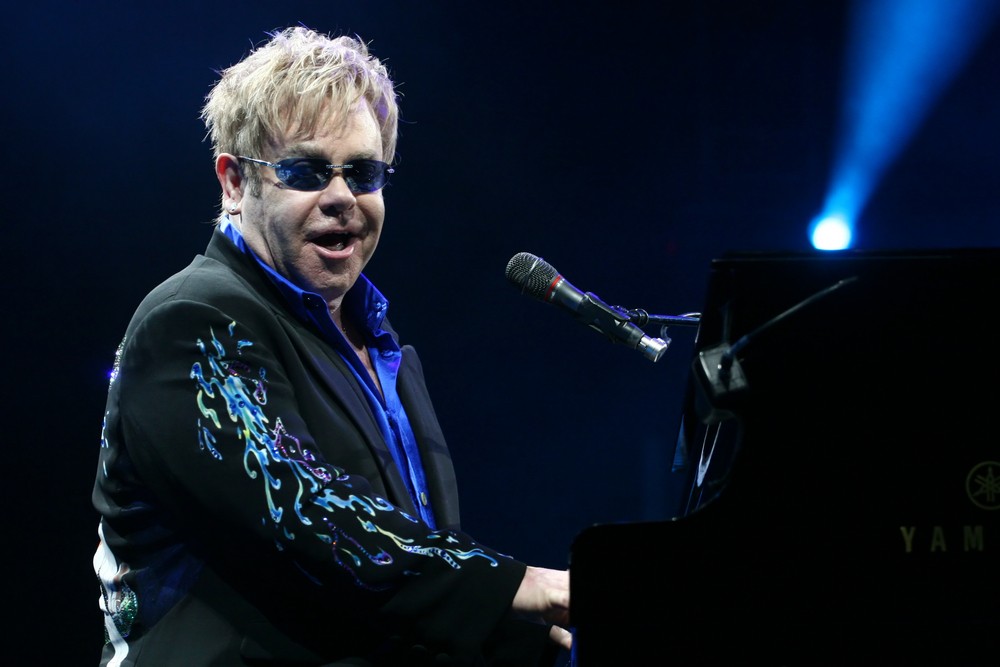 Singer/songwriter Elton John, born Reginald Kenneth Dwight, had a complex relationship with his Solo Mom, Sheila. The movie Rocketman, despite its imaginative sheen and fantastical dance sequences, deals with some of that complexity, depicting a Solo Mom who, as actress Bryce Dallas Howard put it to POPSUGAR, “came from a difficult situation.” Howard, who portrays Sheila in the film, goes on to say, “She was a very young mother . . . she and Elton’s father got married, but they absolutely loathed one another.”

Elton’s dad, Stanley Dwight, was a flight lieutenant in the Royal Air Force and often absent, which meant John was raised primarily by his mother and maternal grandmother. A free spirit, Sheila exposed her son to popular singers and musicians; John has said he got hooked on rock and roll when his mom brought home records by Bill Haley & His Comets and Elvis Presley. And in an episode re-created in the film, John began playing his grandmother’s piano as a youngster. He had a keen ear and undeniable genius: within a year, Sheila heard him picking out “The Skater’s Waltz” by ear. According to Howard, the boy’s gifts must have presented some challenges, as genius can: “Elton was a child prodigy,” she told Vanity Fair, “and that was shocking and complex because she did feel that her life was not her own.”

Sheila and Stanley finally divorced when John was 14, and Sheila eventually remarried a local painter, Fred Farebrother. By all accounts Fred was a caring stepfather, and when Elton was 15, Sheila and Fred helped him secure a gig at a nearby pub, where he played popular standards and some songs he’d written himself. It was while living with his mom and stepdad that John wrote the songs that began his career.

During this time, John also connected with lyricist Bernie Taupin, creating a legendary partnership that continues to the present day. John and Taupin, who created classics such as “Daniel” and “Goodbye Yellow Brick Road,” have collaborated on more than 30 albums to date, with Taupin writing the lyrics and John setting them to music, and the two of them rarely in the same room when they do so. Of the long-standing partnership, John has said, “[W]e’ve never ever had an argument professionally or personally.”

The same cannot be said of John and his mom, who over the years have had their ups and downs. On the one hand, there’s been trust—and financial support: once the singer found success, he hired Sheila to watch over his mansion when he was on tour and would, according to the Daily Mail, “call her every Saturday so that she could fill him in on the football results.” But there were periods when the two fell out. As John once told the Guardian, “I was closer to Mum than Dad, but there were long periods when we didn’t speak.”

British record producer Stuart Epps, who worked with John in the 1970s, can confirm this. Epps told the Daily Mail that mother and son acted “more like brother and sister in a way. And [they] fought like that, too.” Perhaps in some ways they were so alike that they clashed. Epps noted, “[Sheila] was pretty outrageous, which is where Elton gets all of that from.”

Of course, outrageousness has been part of the singer’s charm, from his signature costumes (a devil! a queen!) to the winged boots depicted in Rocketman and an ever-evolving selection of eyewear. His career has remained equally compelling—and diverse. Highlights for John over the years have included songs for the 1994 animated Disney film, The Lion King, on which John collaborated with Tim Rice. The singer was inducted into the Rock & Roll Hall of Fame that same year; he’s also been knighted by Queen Elizabeth II, composed music for a West End production of Billy Elliot the Musical, collaborated with the band Alice in Chains, and performed duets with Ed Sheeran and Lady Gaga. John is currently in the midst of a three-year farewell tour, which began in 2018 and is slated to end in 2021. According to the singer, he’ll then retire: he has said he wants to spend more time with his husband, David Furnish, whom he married in 2014 (nine years after their 2005 civil partnership ceremony), and their sons, Zachary and Elijah.

For John and his mom, drama continued to rear its head periodically; one recent period of estrangement dragged on for eight years, in fact. In that instance, John informed the Daily Mirror of their eventual reconciliation, noting, “I have always shied away from speaking publicly about our relationship. However, I can say that we are now back in touch and have been so since my mother’s 90th birthday.”

A year after that statement, Sheila died, but the two had remained reconciled, and John was left shaken and moved by the loss. For his onetime Solo Mom, this gifted son had only the warmest of words. “So sad to say that my mother passed away this morning,” he wrote on Instagram. “I only saw her last Monday and I am in shock. Travel safe, Mum. Thank you for everything. I will miss you so much. Love, Elton.”

Millennials grew up listening to his reassuring voice on the PBS series ...