Reproductive Coercion: What Every Solo Mom Needs to Know 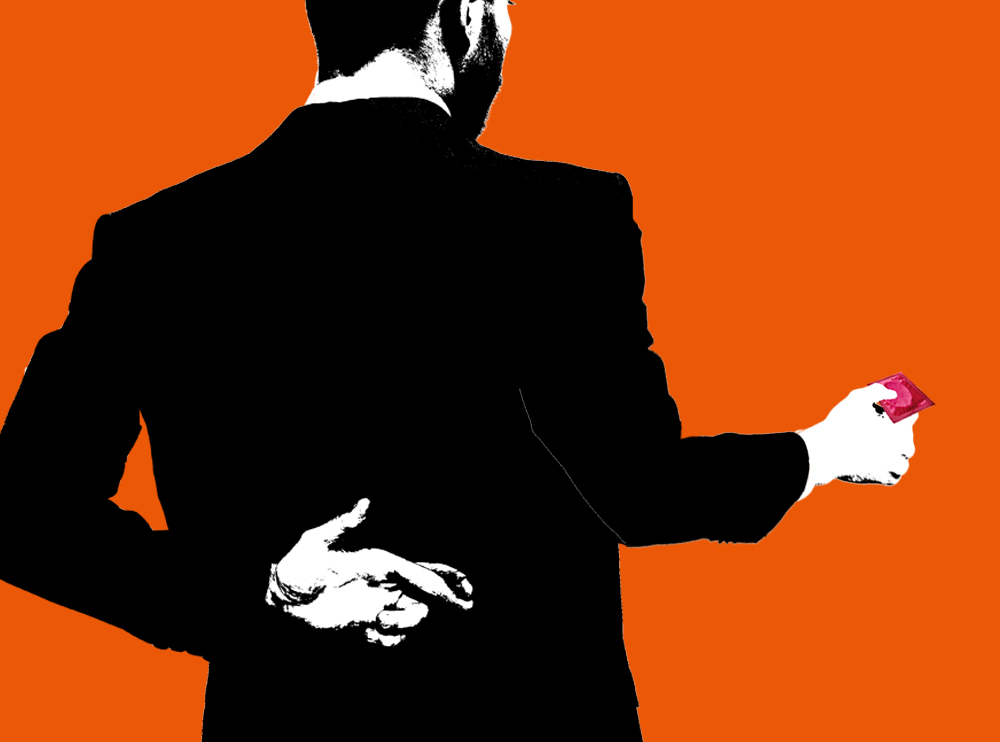 You could know or even be a victim of reproductive coercion and not even realize it. Examples of reproductive coercion include hiding birth-control pills, intentionally altering or removing a condom, removing contraceptive patches or attempting to manipulate an intrauterine device or contraceptive ring, and refusing to wear a condom and/or refusing to withdraw, to name a few—but the list goes on.

What this means for Solo Moms

Solo Moms are more likely to fall into an abusive relationship, which puts us at increased risk for becoming victims of reproductive coercion. We should also be aware that our older children may be in relationships and engaging in sexual activity, so it is imperative that we keep the lines of communication open with them. Children exposed to abuse, and that encompasses those who witness it, are more likely to believe that abusive behavior is normal. One of the best and easiest ways to prevent becoming a victim of any form of domestic violence is to run a background check on potential new partners. If you can’t afford to do a background check, run the person’s name through the county or state docket system where he or she lives to put your mind at ease before going on a date with someone new.

How common is reproductive coercion?

Unfortunately, most forms of domestic abuse are underreported. Reproductive coercion may also be underreported because many women don’t realize it’s a form of domestic abuse. Although some forms of reproductive coercion are illegal, such as forcing or tricking a woman into taking an abortion pill, it is not illegal to tamper with contraceptives or otherwise trick someone into an unwanted pregnancy, even if the consent for sexual intercourse hinges on using birth control. Disturbingly, a quick Google search reveals that reproductive coercion is rampant and that many activists and organizations have been calling for an overhaul of the laws so abusive offenders can be easily prosecuted.

With reproductive coercion and other forms of sexual abuse being so common, one would think it would be easy to access an emergency contraception drug, such as Plan B, to prevent against becoming pregnant after unprotected intercourse; but not only is the drug hard to find but also many pharmacists refuse to sell it for various reasons, some of which are personal.

From there, some women are subjected to an unwanted pregnancy and may access abortion services. However, low-income women often have to save money for such procedures and many simply run out of time, thus being forced to carry an unwanted pregnancy to term and with some of them choosing to give their baby up for adoption. Loryn Smith, the owner of Finally Home Christian Adoption Services, reports that the agency does not knowingly see a lot of reproductive coercion cases but says, “Finally Home values all life. As such, we are committed to providing women with information about all options and supporting [them] in [making an] informed decision.”

Otherwise, women who decide against abortion and adoption often find themselves fighting their abusers in court over child custody and child support. Joshua Jones, an attorney at law in Pensacola, Florida, states, “As our understanding of social science grows and legal theory evolves, attorneys see more and more ‘types’ of abuse, for example, financial abuse, a type of psychological abuse in which one spouse so dominates the family’s financial life that the victim/spouse feels powerless to leave the marriage. Though our domestic-violence statute is broadly written to include sexual assault and battery, I have never personally heard of a case in which law enforcement or an attorney argued that coercive reproduction is within that definition. In my research, I have found zero cases in Florida, nor any Florida-based secondary sources, that reference ‘reproductive coercion’ or ‘birth control sabotage,’ which underscores the need for legislative action on this issue. Yet, under Florida Statutes 384.24, it has been a crime to transmit [sexually transmitted diseases], including HIV, in Florida since 1986, if the infected person knew he or she could spread the disease and did not inform the partner.”

Though both Smith and Jones have not knowingly worked on any reproductive coercion cases, while researching and writing this article, I came into contact with several men and women who confided to me that they have been victims of reproductive coercion. E.K. wrote, “I tried to access abortion services because I knew I did not want another child, but he kept promising he would be there for us so I kept going to my OB appointments. The further along I got, the more verbally abusive he became, and when he finally left, I could still have an abortion, but he knew I could no longer afford one. I chose to [give] my baby [up for adoption], and giving birth was a relief because I no longer had something reminding me 24/7 of the mistake I had made by trusting this man.”

What can we do?

The stigma against abused women remains deeply rooted in our society, and what we must do as human beings is help those in our lives who are being physically or verbally abused by their partners. Furthermore, we need to educate them so they understand what is considered abusive, assist them in fleeing their abusers, and help them find counseling services so they can begin to heal. If you are in an abusive relationship or you know someone who is, please visit The National Domestic Violence Hotline.

If you are in an abusive relationship, we have articles in our Domestic Violence Resource Section written by moms who’ve been there.