Rob Lowe: “I Think About Her Every Day” 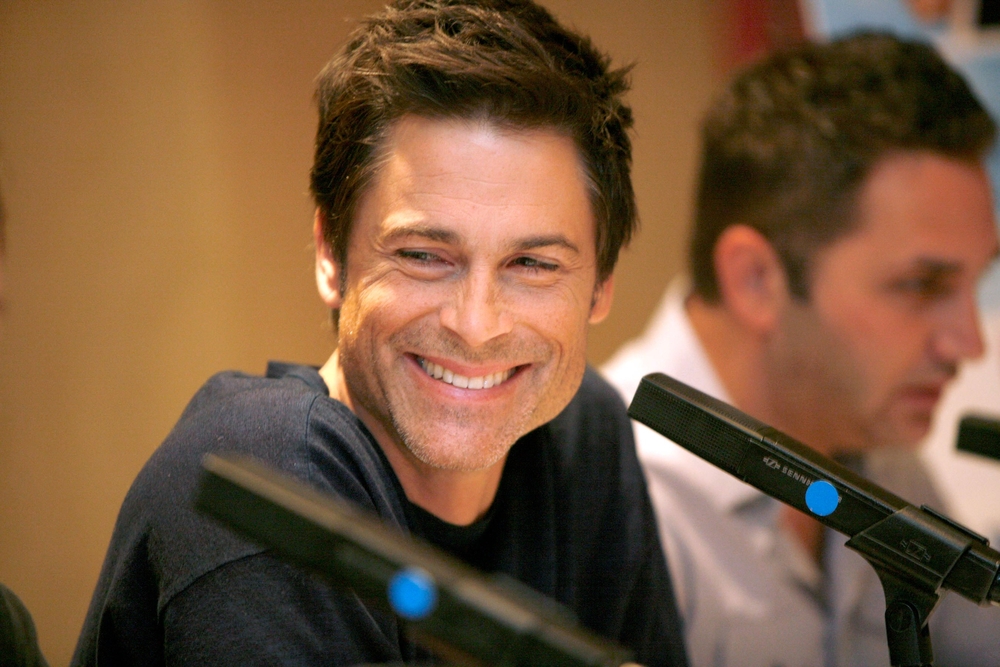 Much has been written about actor Rob Lowe over the years, from his early heartthrob status to setbacks that have included a leaked sex tape and a late-1980s Academy Awards debacle involving Lowe, the song “Proud Mary,” and Snow White. But the resilient actor, who went on to distinguish himself portraying memorable characters such as Sam Seaborn in The West Wing, Robert McCallister in Brothers & Sisters, and the ebullient Chris Traeger in Parks and Recreation, is also a devoted family man who has tried to pass on to his own two sons what he learned from his Solo Mom, Barbara.

“My mom was a teacher, and she was a writer,” Lowe said in a 2011 Oprah.com profile. “She wrote every day of her life, and she gave to me the gift of loving literature and loving words. I try to pass that on to my boys.” Rob’s dad, Charles Lowe, and Barbara divorced when Lowe was four years old. Lowe, his mom, and his younger brother, Chad, stayed in Dayton, Ohio, until 1976, when Barbara moved the family to a modest home in Malibu, California. (Barbara’s third husband was a therapist who worked in Los Angeles.) In California, Lowe attended Santa Monica High School with contemporaries such as Sean Penn, Robert Downey, Jr., and brothers Charlie Sheen and Emilio Estevez.

He brought to California a love of acting; according to a 2009 interview with the Guardian, an eight-year-old Lowe saw a theater production of Oliver! and knew then and there that he wanted “to be one of those kids up there [on stage].” He made good on that declaration: while a sophomore at Santa Monica High, Lowe landed his first sitcom role in the short-lived A New Kind of Family. But his real breakthrough came in 1983, when Lowe appeared in Francis Ford Coppola’s The Outsiders, alongside an up-and-coming cast that included Tom Cruise, Matt Dillon, and Patrick Swayze.

His career took off, and for several years he was defined as part of the “Brat Pack”: a crowd of young, attractive actors and actresses including Estevez, Demi Moore, and Judd Nelson. Hits such as St. Elmo’s Fire established him as the handsome bad boy and then the aforementioned scandal hit. But he rebounded; in 1991, he married Sheryl Berkoff, whom he credits with inspiring him to give up drinking. The couple have two sons, Matthew and John Owen.

Lowe’s career rebounded, too, a comeback that drew in part from the fact that he is genuinely funny. During an appearance on Saturday Night Live, he met comedian Mike Myers, and he subsequently appeared with Myers in the 1992 comedy Wayne’s World and in two of the Austin Powers movies. Lowe’s books—the memoirs Stories I Only Tell My Friends and Love Life—demonstrate a funny, self-effacing humor as well.

If part of Lowe’s charm is his ability to look back on youthful indiscretions with humor, he also knows what to take seriously. His beloved mom died in 2003 from breast cancer, a disease that also took the lives of his grandmother and great-grandmother. A few years earlier, in 2000, Lee Jeans named him spokesperson for Lee National Denim Day, an annual fundraiser for breast cancer research and wellness programs, making him the first male in that role. He continues to be a fierce advocate for cancer awareness, spending a lot of his time speaking to those around the country affected by cancer.

In 2013, he visited Memorial Sloan Kettering Cancer Center, where he spoke to staff and cancer survivors. Noting how important Angelina Jolie’s open discussion of her double mastectomy was, he added, “Whatever gets people talking in a world where there is so much taking up our bandwidth is a good thing.”

In July 2017, he sent a heartfelt video message to Alexandra Charpentier, a single mom of two and lifelong fan of Lowe’s who was battling cancer. “You’re a fighter,” he told her. “I want to pat you on the back for that and hopefully give you some inspiration.” Although she died a few days later, she was clearly moved by his gesture. As she told him, “I can’t tell you what it means to me, the impact that you’ve made on my life, albeit short.”

Lowe was with his mom when she died, and as he shared on a 2016 episode of The Dr. Oz Show, “It’s your memories and your love and your relationships and your human connections [that matter]. [Understanding that is] a great gift that [my mom] was able to give me at the end.” And as in life, Barbara continues to inspire her eldest son. “Well, you know, I think about her every day,” he said.