James Baldwin: “I See Where I Came from Very Clearly” 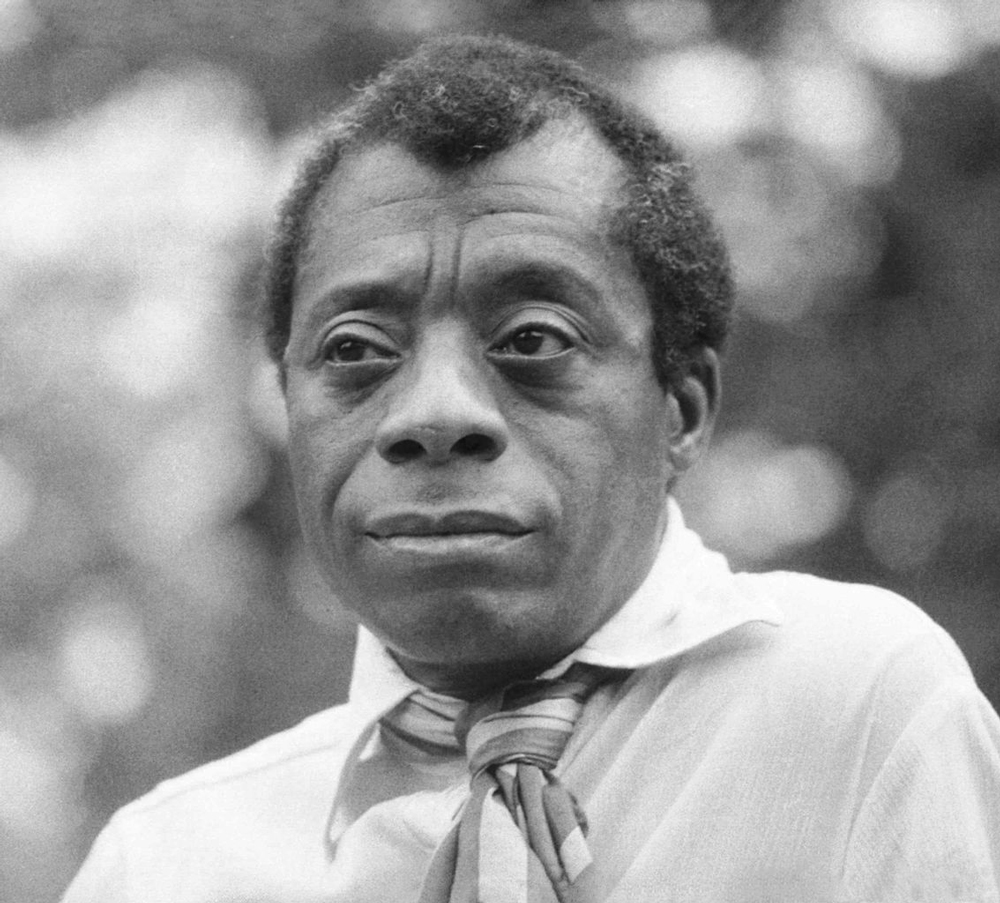 Writer James Baldwin never learned the name of his biological father. His mother, Emma Berdis Jones, was already a Solo Mom when she gave birth to James at Harlem Hospital in 1924. Emma worked as a cleaning woman to support her son, and when James was about three years old, she married a Baptist preacher named David Baldwin. David brought into the marriage a son, nine years older than James, from a previous marriage, and the couple went on to have eight children together.

Growing up, James spent a lot of time caring for his half-siblings; David was the man James called father, but the relationship was strained. The family was poor, and David was in many ways a damaged individual. A 2009 New Yorker article describes James’s stepfather thus: “[Baldwin’s] father, a factory worker and a preacher—‘he was righteous in the pulpit,’ Baldwin said, ‘and a monster in the house’—had died insane, poisoned with racial bitterness.” And within the family, David was harder on James than on his other children.

James had an out, though. He was keenly intelligent—his teachers considered him “gifted”—and this plus his stepfather’s tyranny drove the boy to spend a lot of his time in libraries, reading voraciously. Baldwin once said, “I knew I was black, of course, but I also knew I was smart. I didn’t know how I would use my mind, or even if I could, but that was the only thing I had to use.”

Early on, he found writing—and, with it, opportunity. When Baldwin was nine and a half, he wrote a play that was subsequently directed by a teacher at his school. The teacher recognized Baldwin’s talent, but when she offered to take him to see a “real” play, Baldwin’s stepfather was against it. Emma, however, managed to overrule her husband; as told in Baldwin’s collection of essays, Notes of a Native Son, she said that “it would not be very nice to let such a kind woman make the trip for nothing.” And so go to the play he did. By the time Baldwin was 13 years old, he had written his first article, “Harlem—Then and Now,” which was published in his school’s magazine. Baldwin went on to coedit, with future photographer Richard Avedon, a high-school publication called The Magpie. But he disliked school, largely because of the racial slurs he regularly endured.

When he graduated high school in 1942, he put college plans on hold in order to help support his family. He took what jobs he could find, working at a defense plant in New Jersey and then at a Manhattan meatpacking plant. The racism he encountered was staggering. Years later, he was to describe his response to it as like “some dread, chronic disease, the unfailing symptom of which is a kind of blind fever, a pounding in the skull and fire in the bowels.”

By 1945 Baldwin had begun writing in earnest, and the author Richard Wright, who had become a friend and a mentor, helped him to secure a fellowship. In 1948, Baldwin elected to move to Paris on another fellowship. It wasn’t an easy decision: as recounted in the New Yorker, “His [step]father was dead by then, and his mother had eight younger children whom it tortured him to be deserting; he didn’t have the courage to tell her he was going until the afternoon he left.”

But the distance he achieved was illuminating. “Once I found myself on the other side of the ocean, I see where I came from very clearly . . . I am the grandson of a slave, and I am a writer. I must deal with both,” Baldwin told the New York Times. After the move, Baldwin became a sort of transatlantic commuter, and for the rest of his life, he divided his time between France and the United States.

Baldwin’s experiences—from his indoctrination into the Pentecostal religion espoused by his stepfather to his experiences with racism to his identity as a homosexual and his relationships with both men and women—shaped him, and his work. His writing ranges from novels, including the loosely autobiographical Go Tell It on the Mountain and Another Country, groundbreaking in its exploration of themes including bisexuality and interracial couples; to essays; to plays, such as Blues for Mister Charlie, and is informed by a quest to understand not only social rejection but also familial rejection, and to transcend that rejection. He has influenced other writers, including Toni Morrison and Darryl Pinckney. Pinckney, who delivered a talk on Baldwin in 2013, summed up his admiration when he said, “No other black writer I’d read was as literary as Baldwin in his early essays, not even Ralph Ellison. There is something wild in the beauty of Baldwin’s sentences and the cool of his tone, something improbable, too, this meeting of Henry James, the Bible, and Harlem.”