Only Love Can Do That 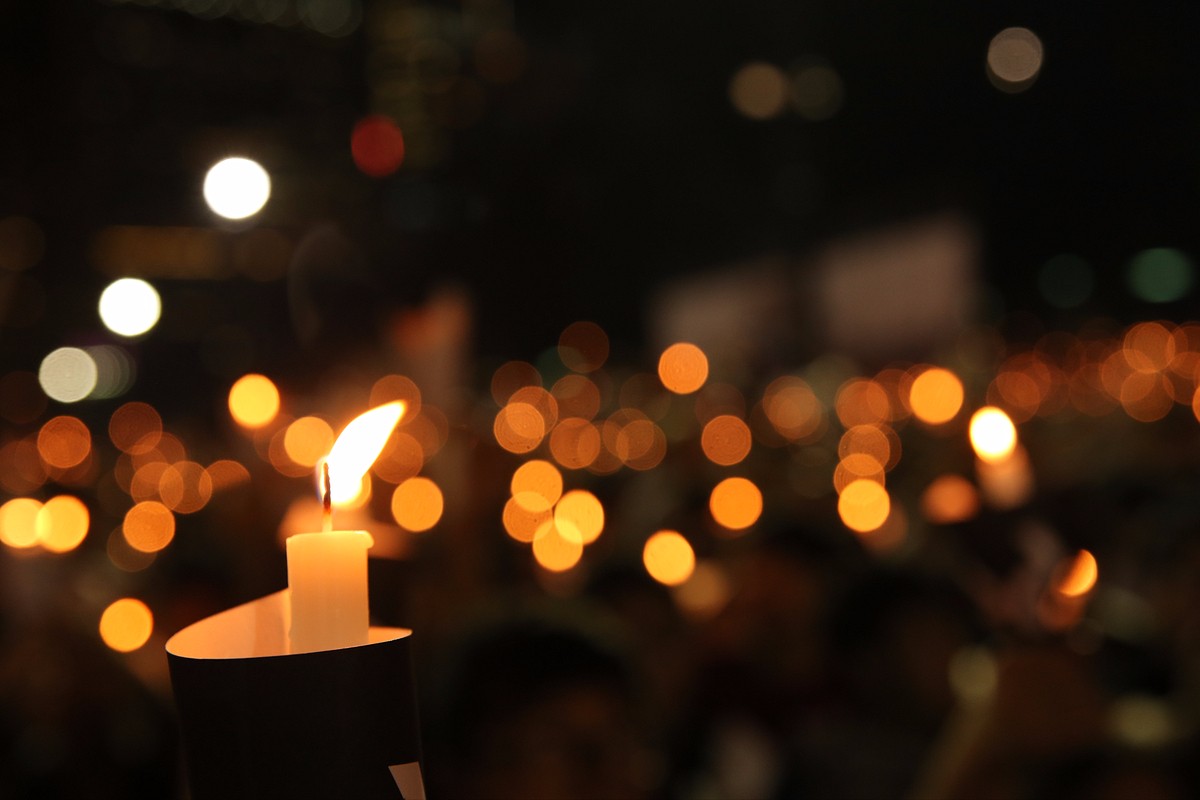 The patrons of the Century 16 Movie Theater in Aurora, Colorado, who purchased their tickets to The Dark Knight Rises on July 20, 2012, presumed they were safe. Until they weren’t.

Schools, movie theaters—for most people, these public spaces are presumed safe. One is a place of nurturing and growth, and the other, a place of entertainment and escape. When tragedy strikes in such unexpected places, we are all shocked out of our illusions of safety. We all realize anything can happen at any time.

LGBTQ people know we can meet harassment or violence anywhere. For a transgender person, the simple act of handing an ID—an ID that does not match their gender identity—to a grocery clerk could incite violence. For a lesbian, it’s the simple act of holding a girlfriend’s hand. We meet harassment and violence in public places; in our own families; and internally, in our own hearts, when we hide our identities in exchange for our safety.

So we have a long history of creating our own sanctuaries, those rare places where we feel free to relax our defenses and express our full selves with abandon. For many LGBTQ people, places like Pulse in Orlando, Florida—where hundreds of LGBTQ people of color gathered on Latin Night to talk, flirt, kiss, laugh, and dance—are the only places we feel safe to be ourselves. Until we don’t.

On June 12, 2016, the lethal combination of homophobia, a 9mm Glock 17 handgun, and a SIG Sauer MCX assault rifle massacred 49 LGBTQ people of color, injured 53 more, and permanently scarred the lives of countless family members, friends, lovers, first responders, hospital staff, and witnesses, near and far. The patrons of Pulse were targets of this hatred because of who they love, and they were gunned down in one of the few spaces where they felt completely safe.

In the history of a country infamous for its mass shootings, this was the largest massacre ever, and it targeted LGBTQ people of color, in their sanctuary. In the face of this slaughter, we can talk about mental illness and we can talk about gun laws—we need to create major social changes in both these arenas. And we need to talk about the broad spectrum of homophobia as it is perpetuated in our country every day.

Violence exists on a continuum, from the extreme actions of a sick man armed to kill, to the violence committed by anti-gay pastors like Roger Jimenez who preach hate, to the violence of legislators offering “thoughts and prayers” to massacre victims and their families then blocking civil rights protections for LGBTQ citizens in the same week, to the violence of a parent who rejects her child because of the child’s sexual orientation or gender identity, down to the self-inflicted violence of a young boy who feels ashamed of loving boys. We need to eradicate violence on all these levels. We need to start right now, with ourselves.

On the morning of June 12, I made myself a cup of coffee and some toast and settled onto my living-room couch, intent on enjoying the quiet of the early hour while my kids were at their other mom’s house. Then I opened the Facebook app on my phone and read news of the massacre in Orlando. My thoughts moved through a rapid cycle:

When we engage in the intellectual, physical, emotional, spiritual work of eradicating violence and homophobia in our hearts, families, relationships, communities, country, and world, we can create extraordinary, necessary, permanent change.

We can do this.

Already the LGBTQ community and our allies have accomplished the seemingly impossible, over and over again. Addressing the perpetrator of the Orlando massacre, actor and director Don Winsor said, “Congrats, murderer. You have turned the focus of the LGBT community, one of the most powerful progressive movements, onto the crumbling edifice of one of our country’s biggest problems, gun reform. I don’t know if you’ve seen what they have accomplished in the past 25 years, but these queens get sh*t done.”

The LGBTQ community and our allies—we do get things done. And one of the most powerful weapons in our fight for civil rights has been love.

On Sunday morning, after cycling through disbelief and fear and helplessness, I took the only action that made sense: I went to yoga class. That probably sounds strange, maybe even offensive. Forty-nine queer people of color murdered and 53 injured, and what makes sense to this middle-class, white, divorced, lesbian Solo Mom from the suburbs is to throw her hair in a ponytail and head to yoga class?

Some people go to church to pray; I go to yoga to open my heart and let the love spill out. To stand in the face of terror, with an open and loving heart—this is an act of revolution.

When I walked into the yoga studio, I met eight other heavily grief-weighted hearts. We started our practice by talking about the concept of ahimsa, which translates literally as “to cause no injury” or “to cause no harm.” As yoga instructor Gabriella Horowitz so clearly explains, “Ahimsa isn’t simply the practice of refraining from violent words or actions, it’s also about abstaining from violent thoughts. Ahimsa is the total and complete absence of violence from one’s mind, body, and spirit.” Each of us shared ways in which the Orlando Massacre and other recently reported forms of violence—from Judge Aaron Perksy’s slap-on-the-wrist sentence of rapist Brock Turner to Donald Trump’s hate rhetoric—impact us.

In that moment of sharing, I met and recognized the grief and fear and dread and even hope in eight other hearts. And then I offered my day’s practice to nonviolence, recommitting myself, once again, to showing up lovingly, toward myself and toward all others, in everything I do.

And love can do that.

Recently, my friend Dalia Shevin reminded me, “Your heart is a muscle the size of your fist. Keep loving. Keep fighting.” No matter how angry, hurt, scared, or frustrated we get, we must remember that this fight against violence and homophobia is a fight for love, a fight for all loving hearts to feel safe in this world. And we will win this fight one person at a time, taking actions that grow out of love.