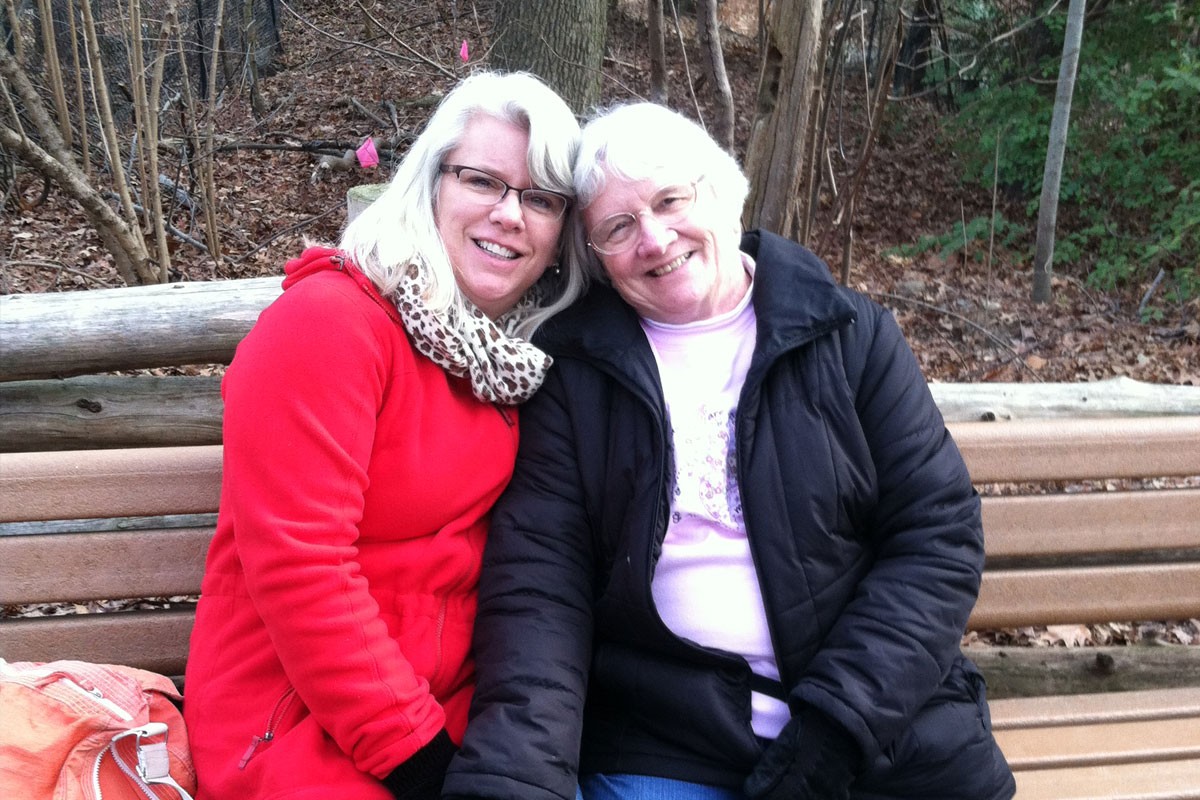 Widowed at 43, she was never one to complain

My father died when I was 13. I am the youngest of three girls. My oldest sister had moved into her own apartment a few years earlier, and the middle daughter was away at college. My father wasn’t sick. He had had heart problems and some health issues, but he still appeared to be strong and healthy. In fact, my parents had put me on a school bus to go to a basketball game that morning. They intended to head to breakfast together and meet up at the middle school gym to watch my game. My father had a massive heart attack in the parking lot of the school. I wondered where they were for the whole game. My coach knew what had happened but didn’t tell me. When our school bus returned to our school, a family friend was there to pick me up. I knew something was wrong, but again, no one would tell me. My mother came home a few hours later, and I knew immediately. She just said, “He’s gone.” And that is when my mother became a Solo Mom—a widow at 43 years old.

Grief, at least for me, was a selfish thing. I slept in my mom’s bed for several months, afraid of being too far from her. After I moved out of her bed, I slept on a mattress on her floor. She never voiced any frustration or aggravation at my neediness. Perhaps she found it comforting to hear me breathe—I don’t know. I never thought to ask.

Even after I moved back to my own bedroom, I would panic if I woke up on a Saturday and she wasn’t home. In the day before cell phones, I would wait for her to return from her errands and hope that everything was OK. To avoid freaking me out every Saturday, my mom would delay her shopping trip until I was awake. She didn’t wake me early and make me get up. She would wait until I woke up on my own. Again, I’m sure she would have preferred to have gone on her errands on her own time schedule, but I don’t know. I never thought to ask.

My mom was working full time when my father died. She had returned to a full-time work schedule a few years earlier so that we could purchase a house. She has often said that although she resented not being home when I would come home from school, she was so very thankful to have the full-time job when my father died. It was a small amount of stability. I don’t know how tight money was; I don’t know if she spent sleepless nights worrying about bills. I don’t know a lot of how my mom felt or what she was going through. She didn’t share her inner feelings with me, and I never thought to ask.

I don’t remember there being a lot of discussion around my father’s death. My father was a complicated man, and I think we all dealt with his death in very personal ways. After several years, my mom started dating a man she knew when she was much younger. She seemed very happy and relaxed with him, and he treated me well. They eventually married and moved to another state. I stayed with my sisters while I finished high school and then joined the military. My adult life was starting, and I was excited and scared about the chance to be out on my own. My mom was supportive and never voiced any doubt or concern about my joining up. She may have had fears that she kept to herself, but honestly, in my excitement and own trepidation, I never thought to ask.

Life continues. I married and had two sons. My husband has been away quite a bit during the course of my marriage and has done dangerous jobs that have had me consider what I would do if I were suddenly widowed. Whom would I turn to? Whom could I ask for advice? Fortunately for me, I know someone who walked that path of young widowhood with grace and strength, who did the absolute best she could and allowed me to grow up without the burden of worry and fear, a woman whose cheerful nature belies an inner strength that I try to emulate to this day: my mom.

I see my mom at least once a week now. We chat about her week and what’s going on with her friends from church. I have learned that my mom is not one to complain, and if I have worries about her health or finances, I am going to have to ask. I do ask now.

I am the daughter of a Solo Mom—a Solo Mom whom I love very much. Happy Mother’s Day, Ma.