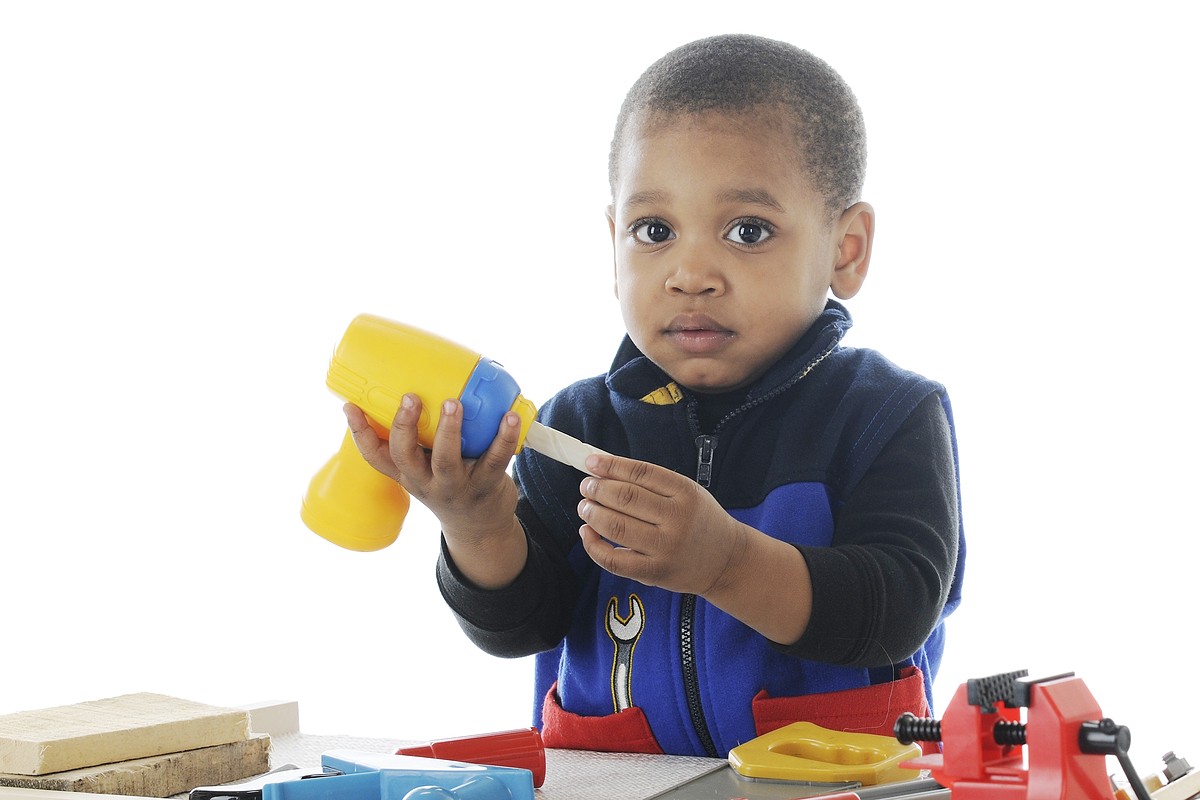 A Solo Mom confronts her own biased gender expectations

My son has never had a male presence in his life. His father and I were separated for the majority of my pregnancy, and we were divorced by the time he was born. Soon after, his father relocated several states away. There are no memories of a dad for my three-and-a-half-year-old son to reflect on. Perhaps one day he will ask about the handful of photos that capture a few moments between a father and son, but his memories will always be of “Mommy and me,” or “Mommy, Grandma, and me,” or “Mommy, Grandma, Aunties (as he refers to my girlfriends), and me.” From the very beginning, my son has been the beloved prince in a kingdom of women. We swoon over him, cater to him, coddle him, and protect him. He is simply adored.

Over the years, people have predicted that, because of my Solo Mom rearing, he will be “soft” and that a boy surrounded by women will never grow into a man. Instead, he will identify more with the little girls and women who constantly surround him. I have always dismissed those claims. My son enjoys the same things as other little boys his age. When at a toy store, he is immediately drawn to the boys’ section where he excitedly grabs at trains, trucks, and Lego Duplo sets.

But there have been occasions when I have watched my son play tea party as adeptly and enthusiastically with his godsister as when he is playing the conductor of a train. And there have been a few times when he has proudly sported stickers of Frozen’s Elsa given to him at girl friends’ birthday parties. Or days when I have shown up at his preschool only to find him and his little buddy sporting glittery ladies’ floppy hats that were on hand for dress-up fun in his classroom.

And so I’ve asked myself, Would it really be a big deal if he ever preferred Shimmer and Shine over PAW Patrol? Or wanted to play dress-up instead of rescue adventures with his superhero figures?

The woman in me whose concentration in college was sociology, who rejects gender-role assignments of any kind, and whose goal is to raise a boy into a man who fully embraces gender equality, answers, No, it would not be bad at all. But the mother in me, who envisions her son growing into a strong, masculine, confident, courageous man, screams, Hell, yes, it would be bad!

The day I realized gender roles mattered to me

It was during our summer vacation this year that I realized that I am not as liberated from gender-role assigning as I thought. One day while at the playground, I watched two little girls, who appeared to be younger and certainly smaller than my son, climb onto the jungle gym. They followed behind each other smiling and giggling. My son, on the other hand, stood frozen. He watched in amazement as the girls did what he wanted but was too afraid to do. I looked on in shock wondering what was so scary to him about scaling from one bar to the next with a post firmly planted underneath each for support. Even offering to hold his hands as he climbed from one to the next did not embolden him. He wanted no part of it. Instead, he dejectedly took my hand and led me to the park bench where we quietly sat and watched the little girls play.

And then there was the pool. I just knew he would love the pool with its ginormous, bright red-and-yellow slide that sat invitingly in the middle. What was not to love? Cool water waited to whisk him down the tunnel of the slide ending in a big celebratory splash into the water. But he didn’t love it. After immense reassurance that he could do it, and stationing myself at the end of the tunnel, he hesitantly climbed the stairs of the slide. With more coaxing from Grandma up top and from Mommy below, he summoned all the courage he had and slid down. He tried so hard to mask his fear with a phony smile. His grandmother and I exchanged knowing glances. We wanted to comfort and give him tight hugs and kisses on his soft cheeks. But we knew that doing so would make us supporters of his fear. Instead, we clapped, cheered, and made the biggest deal we could. We told him how brave he was, how proud we were of our big boy, how he should try it again. We could see the total lack of desire wash all over him. He lowered his eyes, slowly climbed the slide stairs, and whooshed down. He did it not because he wanted to but because we wanted him to.

But it was when we saw a crew of firefighters exiting their engine that I knew the boy I was looking for in my son would finally appear. He has a small collection of fire trucks at home, where he loudly imitates siren sounds and speeds them around from one made-up emergency to the next.

I dashed across the supermarket parking lot gripping his wrist in one hand and my cell phone in the other. In the event they allowed him to climb onto the engine, and maybe even sport a helmet, the moment had to be captured. As one of the firefighters opened the door to the engine, I lifted my son onto it. He peered at the mounds of turnout gear surrounding him. My smile of excitement quickly disappeared when I saw that familiar look of fear sweep across his face. I pretended not to see it as I clicked away on my camera. But it was when he said, “Mommy, I wanna get down. I don’t wanna go on the fire truck” that I could no longer ignore it. Once again, fear had gotten in the way.

I was the problem

For days after, I dissected every aspect of my parenting. Maybe I should have taken heed to those cautionary words of advice offered by so many about a Solo Mom raising a boy. Perhaps I should not have made the move into solo motherhood so early in my son’s life. I even desperately wondered if enrolling him in a martial arts program would help. I did not know what to do, but what I did know was that I did not want my son to be a scared little boy.

And then one day, it hit me. My fears about his gender role have everything to do with me and nothing to do with him. Because of societal pressures and my periodic insecurities about raising a male child on my own, I have been in search of a little boy who perfectly matches some kind of one-size-fits-all stereotypical gender role instead of acknowledging my son for the boy he is—without judgment or concern about what others will think. Having a rugged, sports-inclined, fearless boy, despite the fact that he has no father in the home, validates me. It shows that I got it right regardless of our circumstances, that my son is the same as other little boys who have their dads around.

Who my son is

I have a little boy who does frighten easily, as many young kids do. And thus far, he does not love sports so much. I have a boy who is smart, kind, and super loving. He loves yoga, music, and impromptu dance parties in our living room. My boy is a whiz at puzzles. A fun time for him is watching videos of his favorite cartoons on his iPad. He likes racing his Hot Wheels and leading Thomas and Friends on long secret journeys. His favorite thing to do on the playground is whoosh down the slide and play tag. My little guy enjoys building sand castles at the beach. He loves to go grocery shopping for snacks and lamb chops. And when it feels like the weight of the world is resting heavily on my shoulders, without fail, he asks, “Mommy, are you OK?”

This is my boy

He is so much more than any meaningless gender role. He is my precious son. And I am lucky to have every bit of him—just the way he is.