When Should You Leave Your Kids Home Alone? 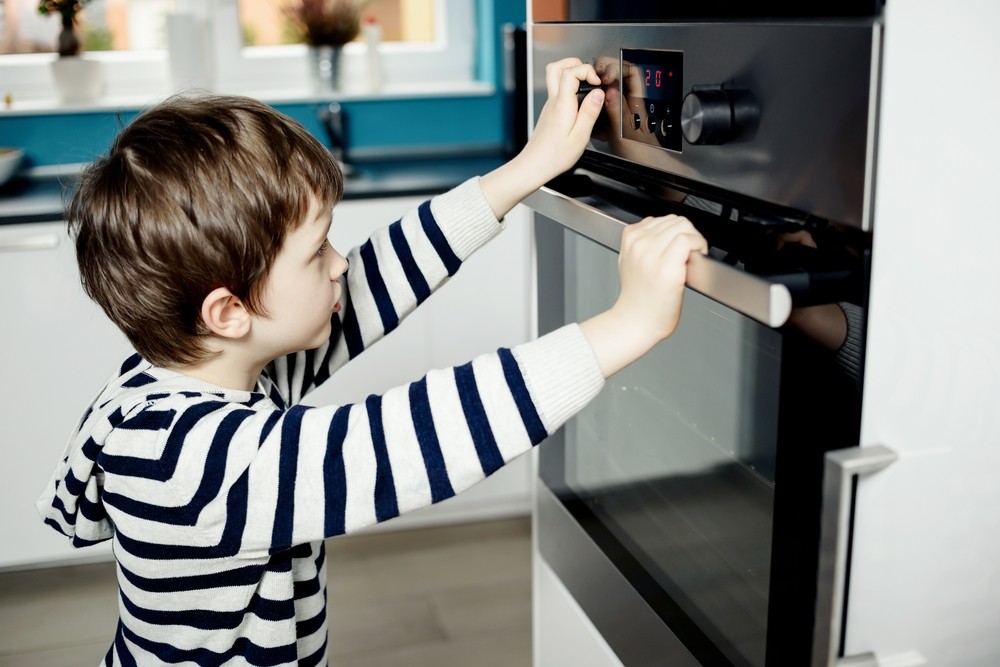 Guidelines and research to make an informed decision

“OK, will you remember to dial 911 for help? And you know that if anything goes wrong, you should go across the hallway and knock on the neighbor’s door, right?” I stood at my apartment’s front door going over everything with my seven-year-old.

To listen to me, you’d have thought I was leaving for an hour or more. I was taking the dog out and would be gone less than five minutes. But increasingly, as a Solo Mom, I’ve had to make more of these judgment calls. Even two-parent families will find themselves with one parent home alone with the kids when the other works late or is traveling.

There has been some debate about whether or not leaving a child alone can foster the child’s independence or create insecurity in the parent-child bond. Studies show age plays a key role.

Older teens report that they enjoy being alone now and again, but negative results have been correlated with too much alone time. The risk of poor behavior, such as truancy and drinking, rises if they’re regularly left alone. If left alone for longer than three hours, preteens, aged 12 to 14, had higher depression levels, lower self-esteem, and lower academic achievement.

The results of studies on the mental health of younger children who are left alone, as well as studies on older children, clearly support that leaving a child home alone more than once a week negatively influences their behavior and relationships.

Our children still need us present at home, even as they get older, but that doesn’t mean that occasional alone time won’t be good for them.

How young is too young?

There are no hard rules about when to start leaving children alone, but some general guidelines can apply. If they’re too young to call for help or run out of a burning house, they probably shouldn’t be left alone. It’s a judgment call, and you’ll probably be as nervous as I was the first time you leave them alone.

A child left alone should be able to call for help and know how to reach emergency services. Moreover, he must have his name and address memorized to provide to a 911 dispatcher. If he can’t follow rules and you can’t trust him to not answer the door to a stranger, he’s probably not ready.

Some states have laws while others have guidelines about leaving children home alone, and you can be charged with child endangerment if you get caught breaking those laws. Maryland, Illinois, and Oregon have laws that specify the child must be 8, 14, or 10 years old, respectively, to be left alone; other states have guidelines for parents to consider, such as the child’s age and maturity level. Before leaving your child home alone, check your local welfare agency’s website to find out what laws apply in your state. (For a list of local and county welfare agencies in your state, visit the Child Welfare Information Gateway.)

Start small by letting your child play by herself in her room while you’re in another part of the house. You can check in on her, but try not to let her see you. The key is to build her confidence gradually. If she calls out for you, respond quickly so she doesn’t view alone time as something scary.

Leaving your child alone shouldn’t spark fear or undermine his sense of self-worth. Always let him know where you are going and how long you’ll be gone. Before leaving him alone for the first time, role-play scenarios that could happen while you’re gone. Walk through how he should handle a stranger who comes to the door or if he should answer the phone. Have him act out calling 911 for an emergency. Communication involves him in the situation and lessens any fears.

My son is almost eight, just on the cusp of one guideline that suggests he can be left alone for one and half hours. I wouldn’t feel comfortable leaving him for that amount of time, though. According to the American Academy of Child & Adolescent Psychiatry, a few of the most important things to consider when deciding whether or not to leave your child alone is the child’s age and maturity level, and how well you know your child.

Does she enjoy being alone? Is he confident or timid? How has she responded in the past when you were gone longer than expected? Ask yourself these questions, and watch how your child responds to his increasing independence.

One mom I know shared with me one experience she had: She told her daughter she was taking out the trash. Her husband was still at work. It was just a short walk to the curb, but she ran into a neighbor and they started talking. She took longer than anticipated, and when she got back to the house, her daughter was in tears. After that, she realized her daughter wasn’t ready to be left alone for more than a few minutes.

The ability to follow rules is another component of maturity. Establish rules for answering the door, TV usage, etc., for when your kids are home alone, and make it clear that if they violate the rules, they’ll lose the privilege of being home alone. If they’ve demonstrated good behavior, particularly when they think you’re not watching, they’re most likely ready to be left alone.

What to consider before you leave

After you’ve had success leaving your children alone for a few short periods, they might be ready to be left alone for longer stretches of time. The circumstances under which you leave may vary, but it should be less about your convenience and more about giving your children time to stretch their wings. Take into account how many children you’re leaving alone. An older sibling who’s fine on her own might not be ready to supervise younger siblings. Make sure that any hazards, such as firearms or alcohol, have been locked away or are unreachable.

Also consider how far away you’ll be if they need help. Maybe you’re just going next door to have a cup of coffee with the neighbor or to the store down the street. Stay close by the first few times you leave, and make sure they can reach you. Whether it’s through an iPad, a cell phone, or other WiFi-connected device, leave them with a way to contact you while you’re gone.

It’s always important to connect with your children after a milestone event, and being left home alone for the first time definitely qualifies! If you know their love language, use those tools to connect with them and ask them how it went. If they tell you they were scared or didn’t like it, listen and validate their feelings.

In a world where parents are either accused of being helicopter parents or shamed for letting their kid walk to the park without supervision, it’s hard to know where to draw the line between encouraging independence and risking child-endangerment charges. These guidelines can help you walk that line and raise a confident, resilient child.

What experiences have you had leaving your kids alone? Share the good, the bad, and the silly!