The Mormon Church Banned Same-Sex Parents and Their Children 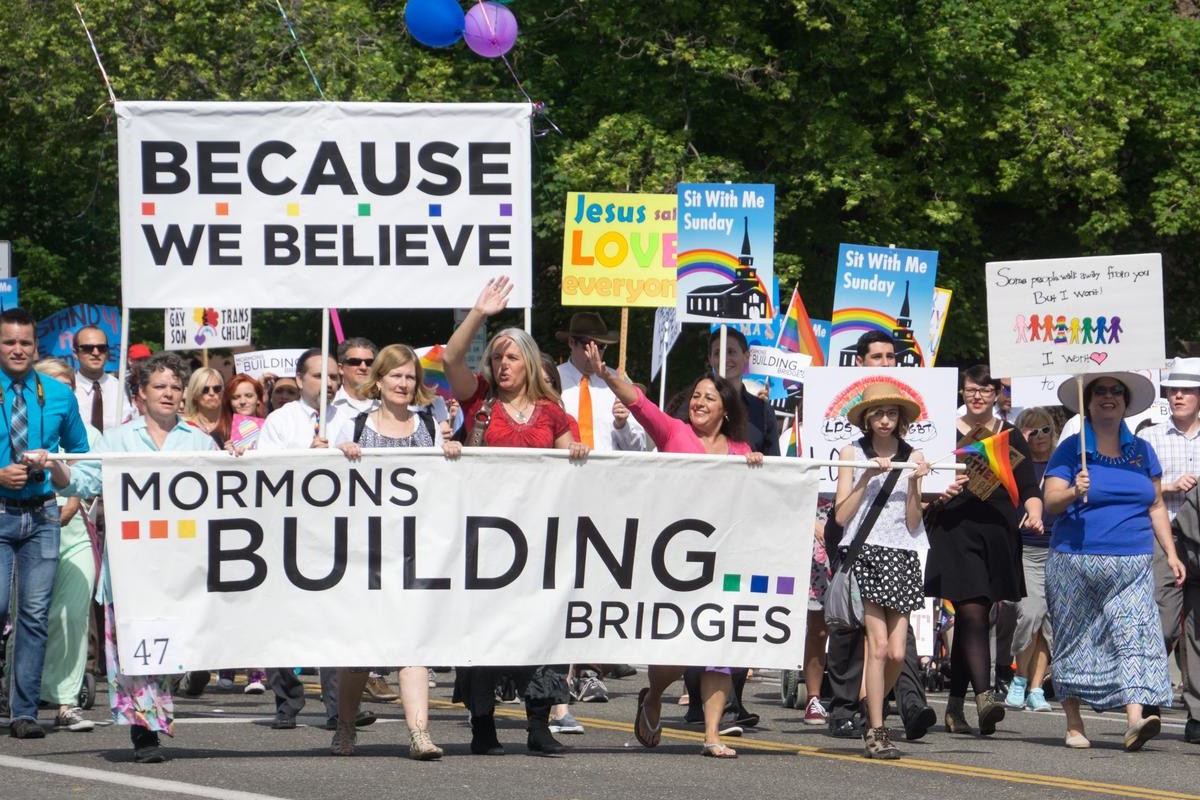 What it means for lesbian solo parents

Early in November 2015, the Church of Jesus Christ of Latter-day Saints (LDS) released an updated version of the Church Handbook of Instructions to its lay leaders, shocking its LGBTQ members and their families. These new rules could create challenges for lesbian and gay solo parents who have divorced their Mormon spouses.

According to the revised policies, Mormons in same-sex relationships will be considered apostates, or people who have failed to uphold the church’s teachings, and ordered to undergo disciplinary hearings that could lead to excommunication.

But the changes don’t stop there.

Children living in a home with same-sex parents will not be allowed to join the Mormon Church until they turn 18, at which point they must move out of their parents’ home, disavow all same-sex relationships, and receive approval from the church’s top leadership.

When church members raised questions about the status of children who are currently members and have same-sex parents, LDS leadership clarified that the rules “apply only to those children whose primary residence is with a couple living in a same-gender marriage or similar relationship.”

This clarification, meant to ease concerns, could create bigger worries for lesbian and gay solo parents raising children from a previous, church-sanctioned marriage.

Many lesbian and gay people raised in the Mormon Church come out later in life, after having children in an opposite-sex marriage. The church’s new rules could lead to significant tensions, both emotional and legal, for these lesbian and gay solo parents and their children.

According to Affirmation, an organization that supports LGBT Mormons and their families, the revised policies could “create a new battleground for joint custody parents where the heterosexual Mormon parent will seek informally or legally to ensure they are the primary residence, if that is not already the case.”

In the wake of this announcement, Affirmation leaders observe, “the policy . . . has caused tremendous pain within the LGBT Mormon community. We are aware of widespread depression directly related to the policy change, not only among LGBT Mormons, but among their family and friends.”

Some church members have responded to the policy changes by taking action. On November 14, an estimated 1,000 LDS members convened in Salt Lake City for a mass resignation from the church. Attorney Mark Naugle, who was on hand to help people navigate the tricky process of resignation, reported that in addition to the 1000 attendees at the mass resignation event, he was assisting 1,500 others in the process.

Kate Kendall, executive director of the National Center for Lesbian Rights (NCLR), also chose this moment to remove her name from the church. In the Washington Post, she explains her motivation:

“[T]he new policy states that the children of same-sex couples cannot be baptized in the church until they are 18 and then only if they disavow their parents. It was the gratuitously cruel and stigmatizing treatment of children that pushed me to disavow the church of my childhood. . . . It requires a particular streak of evil genius to manufacture such a ‘Sophie’s choice.’”

This move to resign from the church, even when the church has, in effect, resigned from you or from the people you love, can cause great distress. As mormonresignation.com explains:

Yet for thousands of Mormons, the new policy has created an unbridgeable gap between their values and LDS leaders’ teachings. As Kendall explains, “It is impossible for me to be a part of a religion that would attack its own members and punish them by denying their children involvement in the church.”

News of the policy changes came at a time when LGBTQ people and the friends and family who love them were beginning to see some support from church leaders. Kendall, who attended a conference sponsored by Affirmation in September, recalls, “I met many non-gay Mormon officials who supported their LGBT congregants. . . . [T]here was a clear sense that the Mormon church had softened its positions toward LGBT members while still holding fast to its core doctrine opposing recognition of same-sex marriages.”

In fact, in March 2015, LDS leaders helped pass a bill in Utah, banning discrimination against LGBTQ people in housing and employment, while also protecting churches that do not condone same-sex relationships.

Kendall acknowledges the impact of the new policies, in light of the church’s apparently growing support: “I can’t help but think how crushing this news is to everyone who had begun to believe that they could both love their church and love themselves or their LGBT family.”

Lesbian and gay solo parents who find themselves facing custody issues complicated by the LDS policy changes can access legal resources and seek services through the NCLR website.

Meanwhile, the resistance and resilience of those standing for equality in Utah will continue. On November 21, Salt Lake City saw another event, Utah Rally for Love, Equality, Family, and Acceptance, where people of all faiths, genders, and sexual orientations stood side by side, calling for change.