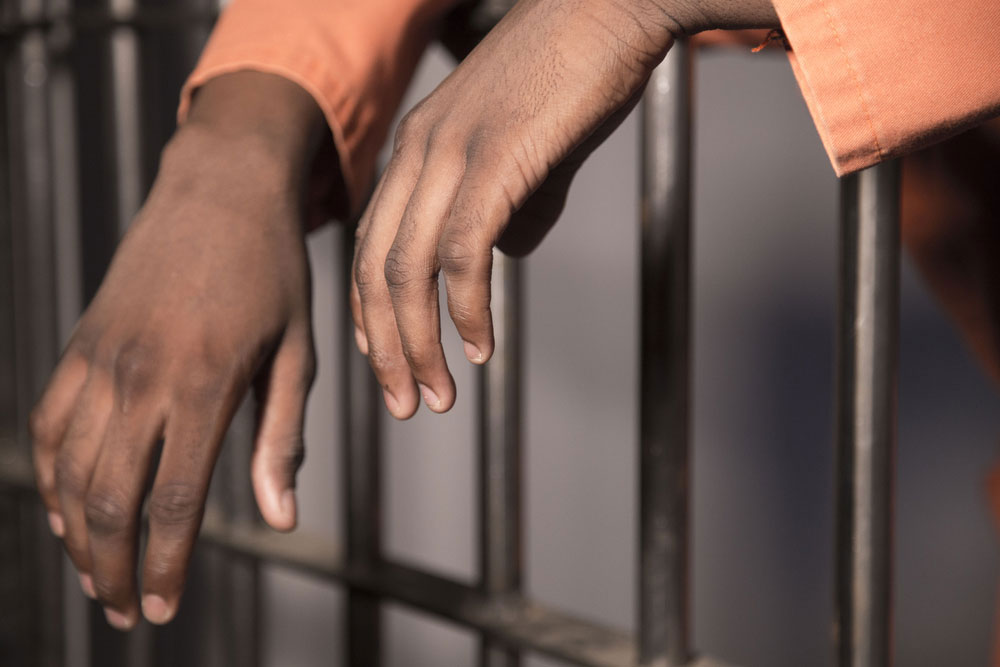 Having a loved one involved in the criminal-justice system is a crucial time in that person’s life, so it’s imperative that we understand the system and how it affects our loved one.

Oftentimes, you may be in search of information because you simply “don’t know what they don’t know.” That lack of social capital and knowledge has been highlighted in Time: The Kalief Browder Story, a five-part documentary about Kalief Browder, a young man from the Bronx, New York, who was arrested on his way home from a party when he was 16 years old. The “state” was a major part of Browder’s entire life. He was born into poverty, as his mom was addicted to crack cocaine, and he was immediately placed in foster care.

Browder was arrested for allegedly stealing a backpack and was never allowed to go home. His bail was set at $3,000, but his family could not post the bond, so he was incarcerated for three years, during which he spent more than 800 days in solitary confinement. In New York, youth ages 16, 17, and 18 can be automatically transferred to adult facilities, as was the case with Browder, who went to Rikers Island, where the majority of inmates are adults.

Browder’s case was eventually dismissed, and he was released at age 20. The most chilling aspect of Browder’s story includes his numerous accounts of abuse and torture during his incarceration at Rikers Island that later resulted in a lawsuit. However, the damage had been done, and two years after being released from prison he died by suicide at the age of 22.

Stories such as Browder’s are so important because they humanize young people with significant life struggles who are often demonized and viewed as unworthy or victims of their own wrongdoing. Browder’s story provides a deep perspective for all Solo Moms and parents on understanding the system and how it affects your children and loved ones. Here are some things you should do:

1. Know the terms of arrest, including the charges and what’s required for release. In the case of a first offense, there may be more options or no bail; however, as noted in Browder’s case, he was on probation when he was arrested, so he was not released. Moreover, even though his family later secured and tried to pay the bond (after he was incarcerated for 74 days), it was denied.

2. Learn the laws in the state where your child or loved one has been arrested and/or incarcerated. As soon as a loved one is arrested, Solo Moms and parents need to understand the laws affecting their loved ones to have a role in their legal process.

Understanding the laws will help you advocate on your loved one’s behalf. Also, you will be in a better position to explain things to your child or loved one. In Browder’s case, the law worked against him: 1) His bond was denied based on a previous arrest, and 2) he was automatically transferred to Rikers Island and therefore among adult inmates even though he was only 16 years old.

3. Consider the role of trauma and understand the effects. Your loved one may not ever discuss the trauma of being incarcerated or detained, and if he or she does, it may not be a direct disclosure. Also, your loved one may not be able to describe how these experiences have affected him or her. That was clear in Browder’s story as he described the incidents, and the documentary included footage of him being victimized by corrections officers and other inmates. Also, Browder described feeling like he was losing his mind. Even after he was released, he said, “I’m not all right. I’m messed up.” Solo Moms and parents need to be aware of trauma and its impact during a loved one’s detainment and incarceration, and after a loved one is released.

4. Use social media to stay current on changes and updates to the justice system. One thing that was evident in Browder’s story was the isolation and absence of support for him and his family. His mother was sick (she passed away in October 2016), and his father had left the home. They lived in a poverty-stricken community and had few to no resources other than the attorney who took on his case and subsequently filed the lawsuit. Starting a Facebook page to support your loved one and build community is important. Also, social media and other communities, such as ESME, are great places to connect with other people whose situations are similar to yours and to get information and advice.

5. Identify public officials who have a sympathetic ear for individuals involved in the justice system. The local research about arrest and crime policies you find may reveal public officials who are more rehabilitation-minded versus punishment-minded. Find out who they are, and get to know them. If they are local officials, visit their offices and write letters to share your concerns. Find out if there are watchdog or advocacy groups that you can align with to help further your knowledge base as well as your own personal efforts.

6. Read about Browder’s story, and watch the five-part documentary. Take notes, and write down questions as you watch it. Also, share them with me, your ESME Incarceration Resource Guide. I can post this information on the site so other Solo Moms and parents can benefit from your information. Doing this will provide you with a reservoir of information, which you can also share with your child and/or loved ones as needed.