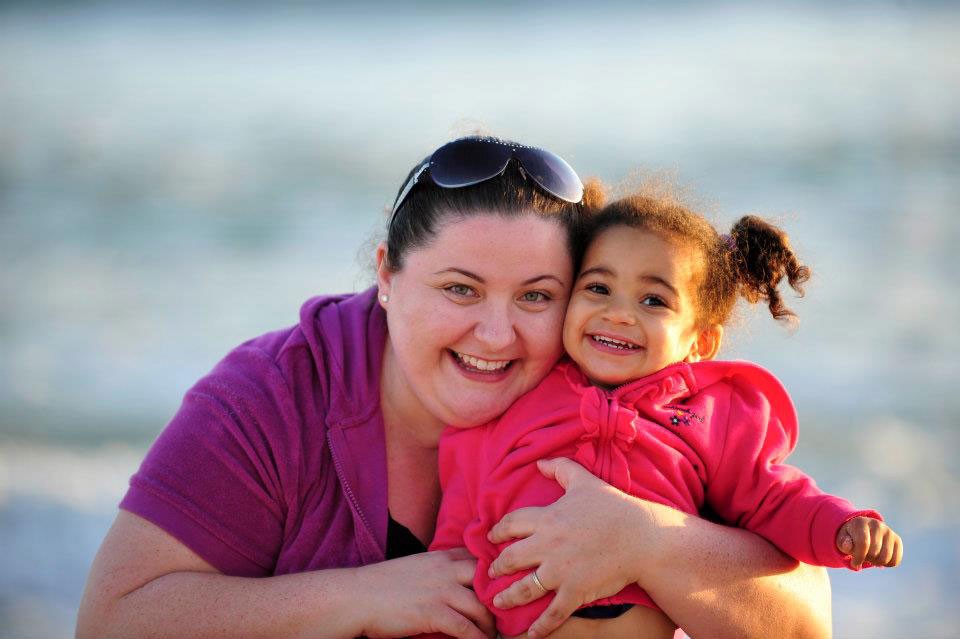 Born in Zürich, raised in Asturias, Spain, and now living on Nantucket Island, Yolanda Fernandez Grant will tell you she is from everywhere. A paralegal by day, she practices her true passion as a makeup artist on nights and weekends, specializing in bridal makeup, photo shoots, and private sessions. But so far, the highlight of her adventurous life has been being a Solo Mom to her daughter, Elena (6).

Q: Did moving to the United States pose any cultural challenges?

A: I found it easy to integrate. Learning the language was challenging. There were not as many Spanish-speaking people when I arrived in the U.S. I felt a bit like an outsider until my English got better; however, I have always found American people to be open and welcoming, particularly on Nantucket—so it wasn’t that bad. I wanted to belong and become one of them.

I miss Spanish food and its food culture in flavor and health. I have a running list of things I must eat and drink when I go home to visit. But the biggest difference is the lifestyle. Mediterranean folk are more laid back. Initially, I found Americans hard to keep up with due to their go, go, go attitude. But I have lived here long enough to assimilate that, too.

When I was younger, I was just glad to be living here, having this awesome adventure—so similar yet different from how I grew up. But when I had my daughter and was alone, I really missed my family and their approach to raising kids. They are so far away and could not provide help for us. When I had a newborn, I would have given my right arm to have my mom with me, but it couldn’t be: she had an accident the year before that left her with permanent injuries, so travel [for her] is out of the question. However, moving to the States was my decision, and all these years later, I am still happy with it.

Q: How did you end up on Nantucket?

A: I did not choose Nantucket—Nantucket chose me. I was 18 and doing “tourism studies” in college in Spain. My friend and I decided to come to the States for one summer to learn the language better. The program had us procure our own jobs. I sent letters everywhere, and the only person who wrote back with a job was from a place called Nantucket. It didn’t even show up in my atlas. When we arrived in New York, they told everyone where they needed to go. For me, I would be on a bus for six hours, change buses, and then get on a boat. I didn’t even know it was an island! But I made it, and instead of one summer, it’s been 21 years.

A: Nine years ago I was freshly divorced from my first husband. (We’d lasted two years.) I was in the mood to just have fun and “find myself”—so I had a little fling with a guy from Jamaica. We had a relationship for three years. I got pregnant, so we got married. It was good for a little while, but after the baby came, things started going south really quick.

He had immigration issues, and when Elena was 18 months, he had to go back to Jamaica for a few weeks. It ended up being three years. But his leaving gave me perspective. He wasn’t contributing at all. We haven’t been together since.

When he first came back from Jamaica, he would see Elena every now and then. I asked for child support, so he quit seeing her completely. We finally got officially divorced last week.

Q: How did you manage when he left?

A: When he left I happened to lose my job also, so it was a really tough situation. I was with the baby constantly. I couldn’t go to work because it didn’t pay enough to cover child care. I was on unemployment. I didn’t have any family here. My mom had a brain injury in Spain so nobody could come help me. There was no money to loan me because everything was tied up in my mom’s care. I had to sell things I owned.

But I had great support from my friends. They are like my family. They are my daughter’s aunties. I am so blessed, and I couldn’t have done it without them.

I went back to school to become an esthetician and do makeup on the side. Finally, the following year, I found another job as a paralegal. This is what still sustains me today.

Q: What do you do to maintain your culture with your child?

A: I didn’t do such a great job of that. It took a backseat to being a Solo Mom. In the Nantucket community, there are a lot of Spanish-speaking people but not from where I come from. We Skype with my parents and whomever shows up at their house on Sundays. Other than that, we really don’t speak Spanish at home. Everybody has something to say about this. Everybody has an idea about how your life should be. But by the time I get home and finish dinner, it’s almost bedtime. I’m the only person who speaks Spanish in my home, so it’s hard for me to change languages in my head. We do go to Spain to visit every other year, depending on finances. Elena has been there three times already. It’s in my plan to start cooking Spanish food on the weekends.

Q: Do you have any special advice for other immigrant or naturalized Solo Moms?

A: I’m an ex-immigrant and naturalized citizen. But it never mattered with respect to my daughter. I feel well integrated and feel my situation is no different from any other single mom. I don’t think the experience of an Italian single mother could be much different than mine. The issue is integration.

In a community like Nantucket, which is so small but has so many different nationalities, at the end of the day my advice would be the same for everybody, American or immigrant: you need to work on your network. That is where you are going to have your peace of mind and find people that are like you.

I do find some people trying to stay within their own culture. I don’t agree with this. I think you need to open your arms to everybody. You need to integrate. I can’t tell you that you have a beautiful child or help you if I can’t understand you.

A: When I didn’t have a job, and it was just me and this not-even two-year-old girl in the same house every day—I was going crazy and losing my cool all the time.

I feel like I was cheated out of having the opportunity to have a true relationship with my daughter. At the time, I felt I was not able to create a proper connection with her, which now I can see, of course, I was doing, and with time, it got better.

After my ex stopped seeing my daughter completely, there was one time when she saw her father, and he didn’t even speak to her. She looked back to me with this little face, and I could see how hurt she was. Still she was trying to be brave. That was a defining moment, and the mama lion came out. This voice inside of me said, As long as I have breath in me, and I have blood running through me, you will never be alone.” I rededicated myself to her and told her, “No matter what, we are a team.”

A: That I’ve maintained my sense of humor. I’m proud that I’ve made it work; I’m still here. My daughter is a really good girl, kind and well adjusted—and we both laugh together. We have a relationship we might never have had if I weren’t a single mom.

A: My tip would be my mantra: “It doesn’t matter. It can’t be perfect, so let it go.” Even if you have to sing the song from Frozen!

Are you a Solo Mom who is an immigrant? We’d love to hear your story. Interested in being our Immigration Resource Guide? Reach out to contact.us@esme.com.