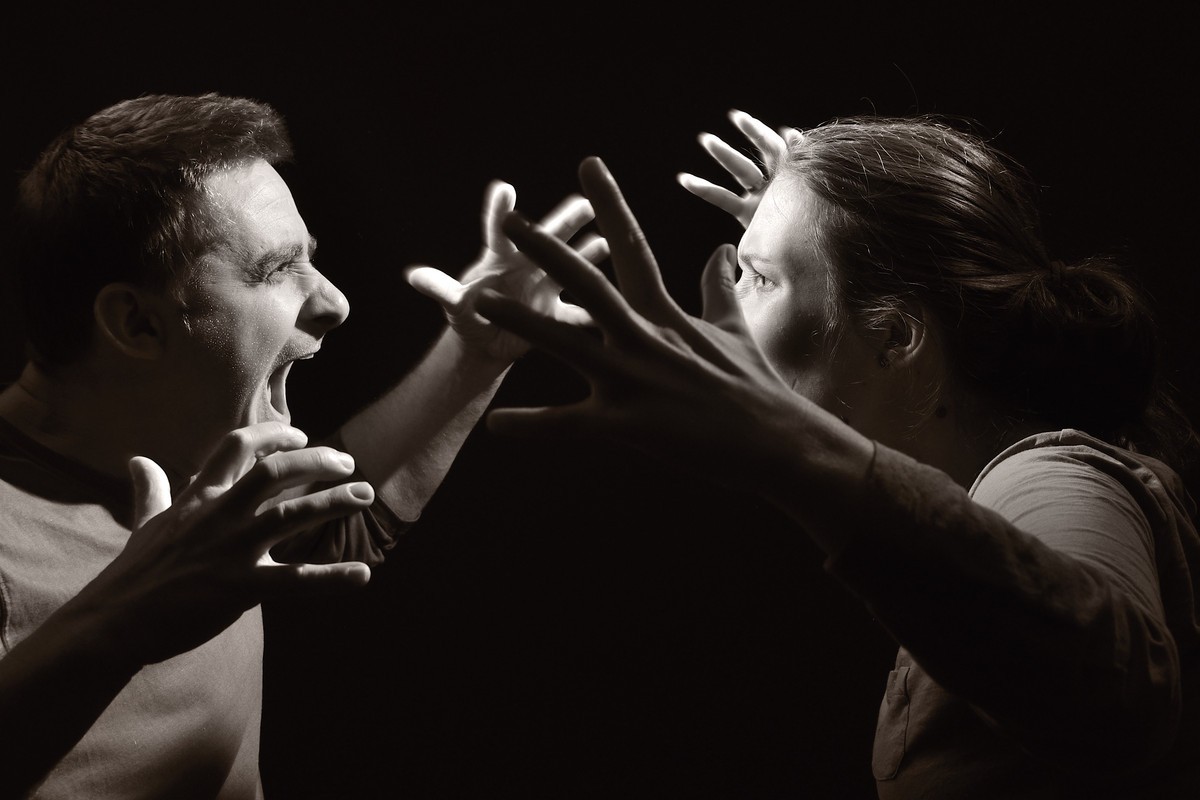 How to explain unsettling feelings about the way you’re treated

“Look at the tears coming out of my eyes,” he said, pointing. “Do you think my blue eyes would look so sad for no reason?”

A boyfriend I had about 10 years ago actually spoke those words to me. I didn’t know what emotional abuse was then. I didn’t know about gaslighting, manipulation, or narcissism. All I knew was I seemed to almost constantly hurt, disappoint, and anger this boy whom I really liked without realizing it, and apologizing for days or sometimes weeks wasn’t enough for him to forgive me. I don’t think he ever forgave me. He just accepted me into bed again.

I’d had a housewarming party that night, and quite a few people showed up, including a couple of men I’d dated briefly in the past year, and I’d been over talking to them quite a bit throughout the evening. After everyone left, Scott, my boyfriend of one month, stayed to clean up. He grew more and more irritable, slamming things in the sink, huffing, and making loud sighs. Finally he said he was going home. He lived two houses down, so I didn’t think it was a huge deal. Before leaving, he made even more of a scene about how upset he was that I’d been talking with my loser exes, and he started crying.

It was a moment of confusion in which I should have decided to end our relationship. Instead, I apologized profusely (I’d had quite a bit of wine), and he seemed to feed off of it and still made a big scene about going to his house. I stayed behind, feeling horrible for hurting him. How could I have known that an innocent conversation would hurt him so badly? I couldn’t have. Because through the next year, he’d come up with dozens of ways in which I’d wronged him, to the point that I felt so horrible about myself I wanted to die.

But the word abuse never crossed my mind. Not until he broke into my house and bruised me while preventing me from calling the police.

I’m not sure when I learned about emotional abuse, though learning about it and believing it are two different things. Several years later, when my older daughter’s dad kicked us out and punched out a window, a large part of me sighed with relief. I finally had something to point to, to call the police about, and seek protection from.

It still wasn’t enough. At my hearing for the continuance of the order of protection, the judge said that since there wasn’t any evidence of physical altercations, a reasonable person wouldn’t feel threatened, and therefore, he found no abuse.

My therapist said otherwise, but she didn’t have to. I saw how the situation must have looked reflected in her facial expressions. Her eyes winced when I told her that he’d waved money in my face before putting it in his pocket. She shifted in her seat, uncomfortable, when I said I’d often woken up to him having sex with me, even though he called me fat when I’d tried to initiate.

She handed me a paper with a large circle on it called the cycle of abuse and power. Physical abuse was only a small part of it, but I’d experienced the majority of the cycle. I’ve learned of a few red flags and warning signs to look for in other relationships since then.

The term gaslighting comes from the 1944 movie Gaslight, about a husband who attempts (and succeeds) in making his wife go insane by changing her reality. He fiddles with lights and thermostats, all the while telling her he sees or feels nothing. She starts second-guessing herself and eventually believes she must be losing her mind. This is emotional abuse.

What the abuser does is create a person he can control. An abuser isolates you from friends and family by speaking so negatively about them or, in my case, turns them against you in your mind. The abuser will use statements such as “Your friends don’t care about you now that you have a kid. Just look at you, you’re no fun anymore. Why would they want to hang out with you?” Scott was also a “glamour gaslighter”: he’d shower me with presents and flowers and love notes while tearing me down in little ways, then when I sought him out for emotional support, he was cold and distant and I discovered I’d isolated myself, too. He’d grow angry at me for depending on him too much or being too sensitive.

Gaslighting statements can be “I never said that; you must be crazy,” or “I’m fine with that; you’re the one with the problem,” or “That wasn’t last week. Your memory is horrible. I can’t trust anything you say.” In gaslighting relationships, the victim often finds herself apologizing for bringing up issues or regretting it immediately because of the abuser’s over-the-top reactions.

I’m just learning about this word, and it has helped me immensely. Narcissism and emotional abuse are commonly found together. It’s not just about vanity; it’s a personality disorder in which a person lacks empathy, has a tendency to blame, and is self-centered or has self-serving motivations. Narcissists feel entitled and hold themselves higher than most people, even the ones they love; they look down on others, often pointing out others’ faults to make themselves look or feel better.

Manipulative was the word my daughter’s dad liked to call me the most. I still often second-guess my motivations in asking for help or assistance. Manipulation is, essentially, making someone feel a certain way in order to get what you want. Emotional abusers are excellent at this. It’s how they win arguments. My boyfriend once liked to break things when he got mad and would say that he just saw red and started throwing things. When I told my therapist about this, she asked, “Does he break any of his things?” Of course he didn’t. He wasn’t seeing red; he was manipulating me to win an argument.

Identifying emotional abuse is difficult because emotional abusers are extremely charming, especially in the beginning. After you’ve sung their praises to all your friends, and after these abusers have won over your friends with dinners or favors (all the while talking negatively behind your friends’ backs), it’ll be hard for you to convince people that there’s something off. But pay attention to what you feel. It starts with that first moment of confusion or an itchiness in your stomach, an unsettling feeling that something’s not quite right. That is when you talk to people or even just write it down. That is you telling yourself that something is wrong. It’s important to listen to your instincts. I wish I had, but I don’t fault myself for it. Abuse is never the victim’s fault. I hope that now I’d be able to recognize signs and see the red flags that warn me to get out.

Are you in an abusive relationship? See our resource section Sexual Assault/Domestic Violence for information and support.