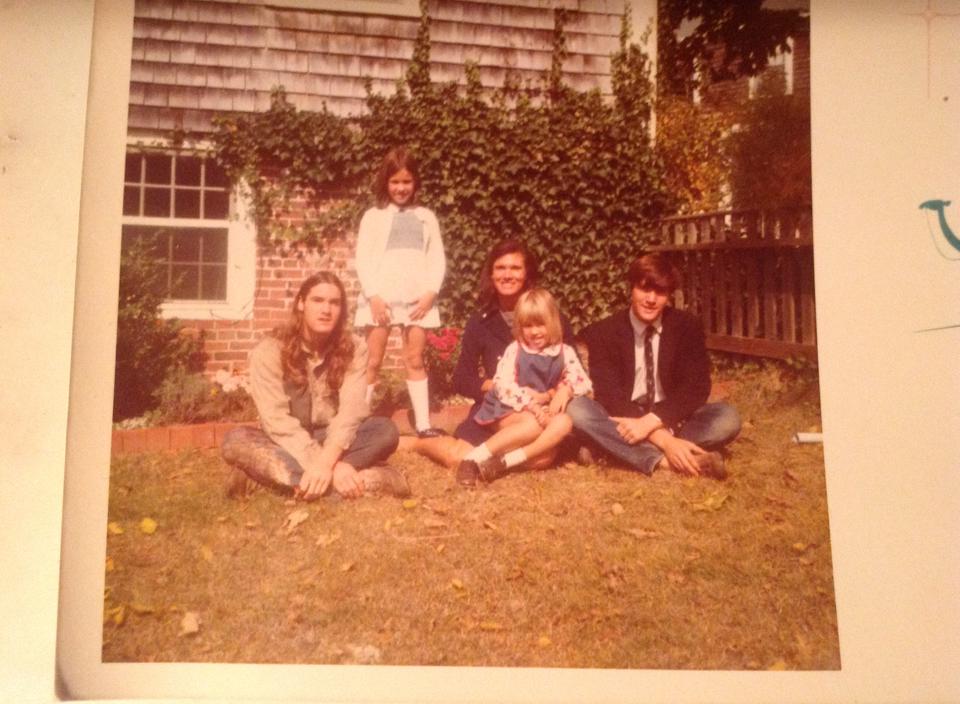 Across all socioeconomic situations, illicit drug use is a destructive and often deadly force that can threaten the mental health, financial stability, and life expectancy of users and their families. Given that safety and vulnerability are primary concerns for all Solo Moms, a mother wrestling with the threat of illicit drugs—in her children’s school and especially within her own household—can succumb to feelings of overwhelm, guilt, isolation, and hopelessness. As Anne Spollen tells us in “Family Portrait,” the heartbreaking story of her teenage son, “Addiction thrives in secrecy.”

Heroin is a highly addictive illegal substance that users often are introduced to as young adults. According to the Washington Post, “A bag of heroin costs less than a pack of cigarettes,” and the National Institute on Drug Abuse reports that “[h]eroin use is also on the rise in many urban areas among young adults aged 18–25.”

Many of our ESME Sisters have been bold in speaking up about their experiences with illicit drugs in their homes. The following stories occurred on opposite sides of the United States, with two families from different ethnicities and socioeconomic situations. These are the loving voices of powerful mothers who have confronted a rising heroin problem with their family members. By being proactive, they have shed the light of hope and healing upon devastating, guilt-ridden, and disturbing issues, while offering support and solidarity within their community circles and our ESME community alike.

A Solo Mom and high school teacher (whom we will call Satya) in Tucson, Arizona, recounts the moment she learned her 20-year-old son was addicted to heroin: “It was as if someone had died. I went outside and threw myself on the ground—the sadness was so deep.” Satya realized time was precious, and she didn’t have time to mourn; she needed to take immediate action. Her first very personal decision was to bring her son into her home. “We had a close relationship. I decided he needed to be in a safe place, not out on the street.” By that time, there were no other children living in her home.

Satya admits she was embarrassed: “I didn’t want the judgments of others nor self-blame.” She sought the support of her own mother and dear friends who she knew were nonjudgmental. In keeping with her proactive approach, Satya also found an excellent psychiatrist for herself. At one point she and her family tried an intervention with her son. “My son turned to me and said for the first time, ‘I hate you.’ At first it stung and then I thought to myself, He doesn’t hate me. He is hurting and suffering.”

Over the eight-year course of her son’s heroin addiction, Satya stayed by his side through many relapses. Finances were a concern when valuable items went missing, such as when he stole her vehicle.

With her young grandchildren from her oldest son, Satya instilled the mindfulness technique to “always think about what you are putting into your body. Do you know what is in a substance being offered to you?” This technique can be applied to everything from soda to hard drugs. Through Satya’s support system, she maintained her faith in basic goodness. She continued to demonstrate this faith through loving acts of kindness and generosity to herself and all her family.

Eventually, Satya’s son experienced a miracle: he stopped using heroin and began methadone treatment. Her son had the gift of being introspective and realistic, telling Satya: “Mom, I can’t live with this [addiction] anymore.” He found a sweetheart and became a stepfather, and is also the father of a delightful, healthy baby daughter. Weaning off of methadone, however, is not for the faint of heart. It is a whole other leg of drug recovery that requires much support, as methadone also creates sickness and craving in one’s body. Satya describes her son’s vomiting and chills with a shudder, while also smiling with pride: “My son is an anomaly at the treatment clinic. He is going off of methadone.”

Another remarkable Solo Mom (whom we will call Emily) grew up on an island on the East Coast with an older brother who was addicted to heroin. She witnessed her Solo Mom grapple with her brother’s addiction, which, in the 1970s, was a fairly mysterious and undiagnosed illness. Emily’s brother was completely out of control. He broke into their home regularly, wielding a knife, threatening the family, stealing money, and taking the car. (He totaled more than one.) Emily’s family was upper-middle class, along with many people on the island. “Imagine walking to school as a child, and your older brother is the only homeless person on the island, a drug addict, panhandling on the street.”

Vulnerability was a looming issue for Emily’s mother, who could not get support from the local law enforcement. The police were hesitant to arrest Emily’s brother. He had access to rehab, but it never “stuck.” There was more than one overdose incident in the emergency room. In all earnestness, Emily recounts, “The best parts of my life were when we would leave the country and get away from him.” Their family lived abroad in South America without her older brother for a time. Traveling was their only real safety from him and a relief for her mother as well because she suffered from self-blame, a lack of emotional support, and isolation. In his 30s, Emily’s brother moved further away, and he eventually overdosed and died.

Unlike Satya’s son’s recovery, Emily’s brother and his resulting death are not an anomaly in our society. Emily has since built a career as a social worker, serving high-risk people in urban areas. From painful firsthand experiences, Emily advises families with addicts to seek help: “Dialogues are not taboo anymore. Moms can know they did not create this [addiction]. If you need help, you’re vulnerable. You don’t have to be stoic. Take care of yourself.” With the loss of most of Emily’s original family members, she now focuses on her chosen family, her 20-year-old son and her 16-year-old daughter. “Creating a family for yourself [as I have done] is what everybody needs to do.”

Emily also speaks of the necessity of teaching substance-abuse awareness to our families. “Educate your kids without freaking them out. You just have to stay on top of things without being anxious.” Emily has drawn upon and created multiple ESME resources. Another ESME Sister echoes that “creating an environment in which your teen knows he or she can talk to you about these issues is important.”

Because of her background, Emily has an extra-sensitive radar and is hypervigilant when it comes to her children using any substances. They know parts of their mother’s story, which has empowered them as well.

If you are dealing with the devastation of illicit drugs in your home, please know that you can trust others who are trained in treatment or who are from a similar background and have traveled a similar path. As a child of an addict myself, I know that being confronted with drug abuse is like being immersed in a new language, on a dark planet, where angels are there to remind you of support, hope, and healing. Just knowing that you have a platform for receiving advice and solidarity is soul lifting. Find your support system. You are welcome to join our tribe of Solo Moms who understand the clutches of addiction. Seek professional help and join groups who “get it” so that you don’t walk this difficult journey alone.

Sarah Sheen is a certified holistic health coach who resides in the Southwest. She previously completed studies in studio art and art history at the State University of New York at Purchase. Her passion is to integrate art and health, discovering custom, creative paths to wellness for herself and her community. She is also a Solo Mom to a very busy toddler. You can follow her on Twitter.

Teens and Drug Use

How do you protect teens from the influences that cause addiction?