Teens and Drug Use 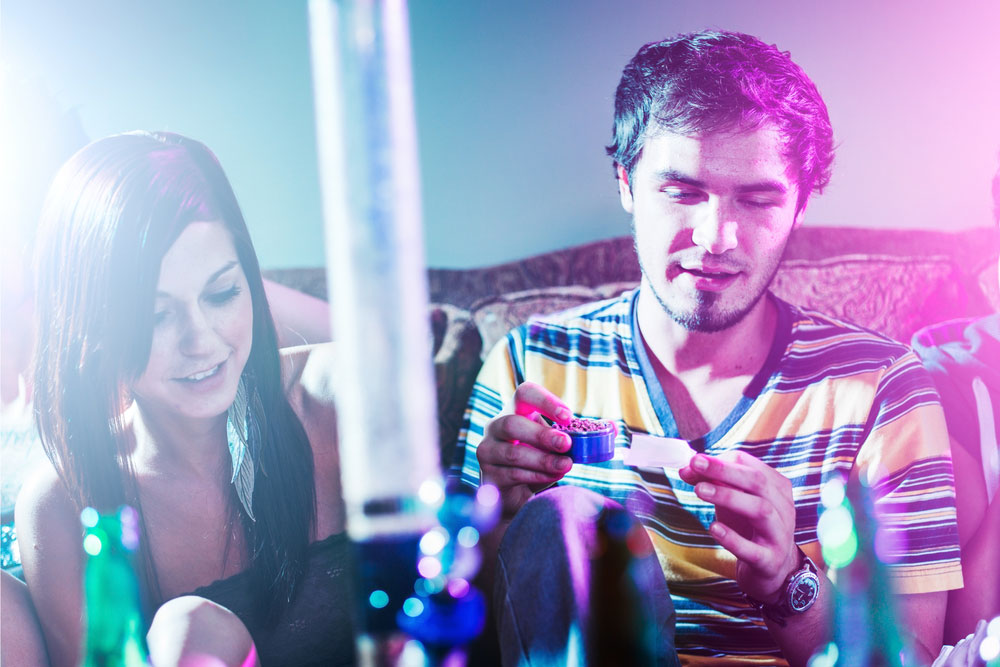 How do you protect teens from the influences that cause addiction?

It’s not uncommon to see celebrities drunk on the cover of gossip magazines. It’s also not uncommon to turn on the TV and see shows featuring drinking or drug use. Addiction is a major part of our pop culture, leaving parents of teens worried that their children will try to emulate their favorite celebrities and end up destroying their lives because of addiction. But is that really how it works? Does celebrity influence play a major role in substance abuse? And, as a Solo Mom, are your children at a higher risk given they are living in a single-parent household?

The answer is yes and no. There are many causes of addiction, and celebrity influence is just one of them. Teens can also turn to drugs and alcohol as a result of peer influence, out of boredom, or because of genetics.

“A celebrity’s relationship with drugs or alcohol can romanticize and glorify the lifestyle, as if it were something to aspire to,” cautions Dr. Joseph Garbely, the medical director and vice president of medical services at Caron Treatment Centers.

“It may open a door to experimentation and possibly addiction. We like the salacious part of the news. It sells newspapers and gets clicks on websites. As a result, there is a glorification of substance abuse.”

Garbely points out that if celebrities do influence teens, it’s often because they have an excessive amount of unsupervised free time and choose to escape through the lives of celebrities. These teens may have gotten drawn into a celebrity’s lifestyle they found appealing, paving the way for an introduction to drugs and alcohol, which eventually leads to addiction.

“When there is too much opportunity for a child to self-parent, they spend a lot of their time on their phones reading articles or talking on social media platforms,” he explains. Limiting this time may be a way to help avoid some of the celebrity influence.

For teens who do not follow celebrities, there is also peer influence. Adair Levinson, who became a Solo Mom when her sons were five and nine years old, respectively, experienced the results of peer influence coupled with a genetic predisposition to addiction with her younger son, Matt Butler, who is now sober at 30 years old.

Butler was greatly influenced by his social surroundings. He attended a prestigious school in Manhattan where alcohol and drug use was common. But Butler wasn’t influenced only by his peers at school; he was also a musician with his own band, performing at places such as the renowned CBGB at the age of 14, when he wasn’t even allowed in without his mom.

“When my son was growing up, the only media coverage there was about drugs were the commercials that said, ‘This is your brain. This is your brain on drugs. Any questions?’” Levinson recalls. “There was very little information around about the disease. Matthew began drinking around 12 or 13 years old, when he was suffering from serious clinical depression. He was 14 when the real drinking began, and his influencers were the kids at school.”

As a Solo Mom with an absentee partner, Levinson struggled to help her son. It was overwhelming. In the early stages of his addiction, his depression seemed to improve and things got better. He was no longer cutting himself and, in her naiveté, she believed he was coming out of his depression. But as the addiction progressed, everything got worse. Even a change in schools didn’t persuade Butler to change his lifestyle; he continued in his downward spiral.

Luckily for Butler, his intellect allowed him to succeed even when his addiction consumed him. He successfully completed an intense college program as his addiction grew. Butler was still singing in a band, and Levinson believes that her son’s manager was the one who fueled his cocaine habit, encouraging what might have been an occasional splurge into a regular addiction. Although Butler may not have idolized celebrities, he was directly influenced from the inside.

As previously mentioned, genetics also played a role in Butler’s habits. “I have an immense family history of alcoholism on my mother’s and father’s sides,” Levinson explains. “I grew up with alcoholism all around me. So you think I’d be a little more aware, but the genetic link wasn’t really understood at that time, and Matthew was really good at hiding things. He was a real pro. But I should’ve been more aware. I think I was just freakin’ exhausted.”

Levinson’s fatigue is a common complaint among Solo Moms who may work frequently to provide for their family. Garbely cautions that even when exhausted, parents should stay engaged in their children’s lives, asking questions about their day and keeping the lines of communication open. But how do you help your children stay the course when you are at work all day and there isn’t another parent or family member to supervise your child?

Take a cue from the country of Iceland, where, over the past 20 years, the teen drug and alcohol problem has been transformed. Through the installation of a curfew, creation of a variety of after-school programs, and increased parental involvement, Iceland is now considered the European country with the cleanest-living teens. One of the keys to this country’s success was providing numerous organized activities for teens that catered to a wide variety of their interests. Sports such as hockey and gymnastics were made available to them, as well as activities in the arts, such as dance and music. (Of Monsters and Men was a product of this program.) These activities gave kids alternative ways to belong to a group and feel good doing something constructive rather than experimenting with drugs and alcohol.

Butler’s peer influence took him down a different path, and although he didn’t seek treatment until the age of 26, he is now sober and pursuing a career as a musician, emphasizing the importance of recovery. He travels to promote the movie Generation Found, talk about youth addiction and recovery, and speak and perform in prisons. He recently released an album called Reckless Son and hopes to be a positive influence on the lives of teens.

For Solo Moms who may just be starting to worry about their teens and potential substance abuse, following the advice described above may help keep your child on the right path. However, it’s important to understand that despite all your best efforts, addiction is a disease that can still develop, whether you are parenting as a Solo Mom or with a partner. Numerous factors are at play, and although there are things that can be done to protect your teen from drugs and alcohol abuse, young people can still become addicted. It’s a growing epidemic. Seeking treatment early, before there are extreme consequences, is recommended.

If you or your child is struggling with addiction, check out our closed Facebook group ESME Addiction or Sisters Only.