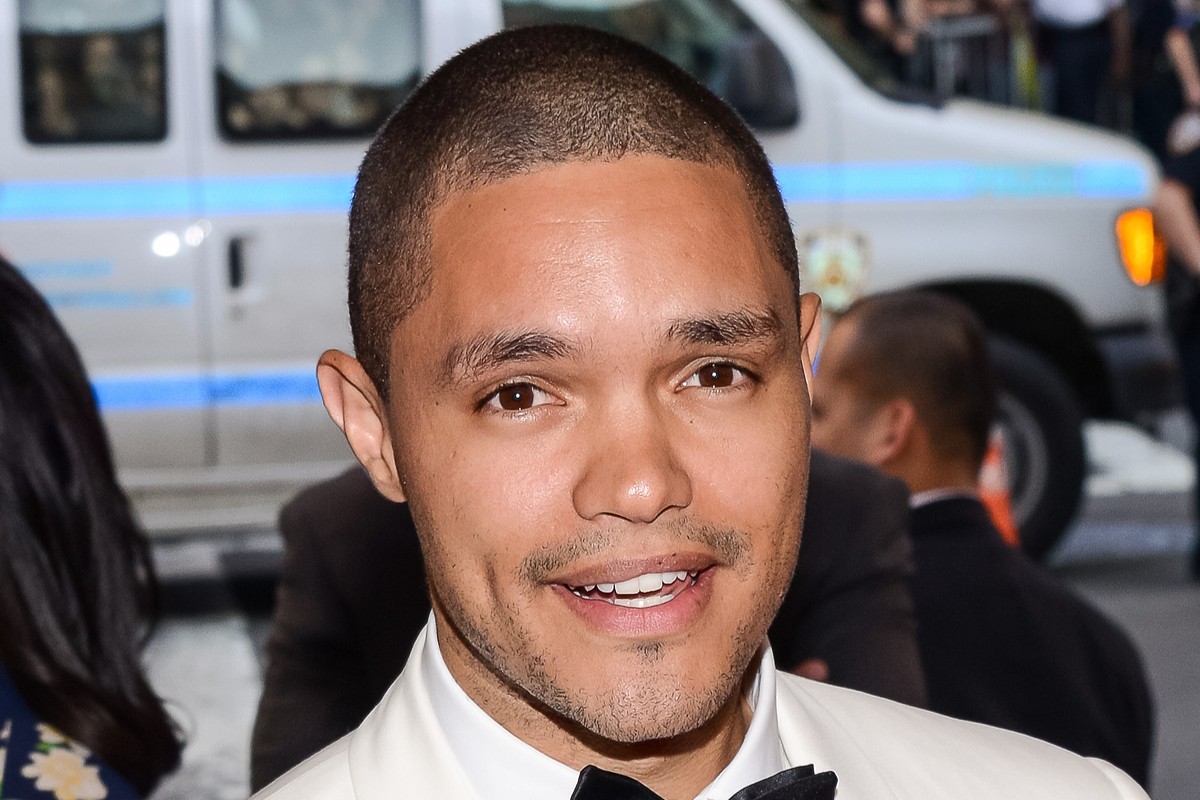 Born in Johannesburg, South Africa, during the last gasps of apartheid, comedian, actor, writer, and Daily Show host Trevor Noah spent his early childhood navigating the cruelties of the system. His mother, Patricia Nombuyiselo Noah, is of Xhosa ancestry; his father, Robert, is Swiss German. Their relationship was illegal at the time of Noah’s birth because of apartheid: interracial couples who had engaged in sexual relations could be penalized with jail time, and biracial children could be forcibly taken from their parents. When Robert ended up moving back to Switzerland, Noah was raised by his Solo Mom and maternal grandmother. Also because of apartheid, he spent much of his early life in hiding.

As he told Fresh Air’s Terry Gross in November 2016, “My grandmother kept me locked in the house when I was staying with the family in Soweto. . . . If the police did show up . . . it was a constant game of hide-and-seek.” Noah remembers his childhood in a new memoir, Born a Crime: Stories from a South African Childhood (Spiegel & Grau, 2016), and writing it proved to be something of a revelation: “I thought that I was the hero of my story, [but] in writing it I came to realize over time that my mom was the hero.”

Noah has said that he was fortunate in that his parents never got caught in the act, so to speak. Patricia was caught at various times in what Noah describes as in transition: she was caught out in the building where Robert lived, she was caught in a white neighborhood past curfew without the right permits. These “transgressions” meant jail time for a day or even a few weeks, but not the yearslong sentence imposed on those caught in the act of sexual relations. Patricia would be jailed, but Noah’s grandma would always tell her grandson, “She’ll be back.”

These words were incredibly reassuring in a place where and time when prisoners were not even allowed a phone call. People just disappeared—sometimes forever. As Noah said, “If the police believed that [someone was] planning any form of resistance against the state, then you were just gone.”

Patricia coped with strength and a spirit of seeking. She converted to Judaism when Noah was a boy, and when he turned 13, she threw him a bar mitzvah. No one came. “[N]obody knew what the hell that was,” Noah has said. “I only had black friends—no one knows what the hell you’re doing.” But it was OK. “[I]t was just me and my mom and she’s celebrating and she’s reading things to me in Hebrew. . . . That was the gift my mother gave me. . . . My mother’s always looking for answers, she’s always searching for new information.”

Noah currently speaks six languages, from English to Zulu to Afrikaans, and possesses the ability to switch quickly between languages and accents, depending on the situation. He thanks Patricia for that skill. “I think it was something I inherited from my mother, who learned to do it. I, like a baby duckling, was merely mimicking the survival traits that my mother possessed, and I came to learn very quickly that language was a powerful, powerful tool.”

Bottom line, Patricia has informed her son’s life deeply. “She taught me by example how to navigate the violent racial landscape of South Africa,” Noah told Parade in late 2016. “She taught me responsibility, how to be a man. I get my sense of humor from her, too. My mom was the first true comedian I ever saw. She’s like a clown when you talk to her. She’s very animated. She pulls faces. She changes her voice. . . . She thinks like a standup without realizing it. . . . I get some of my sensibility from my grandfather, some from my father, but you can really see the makings of my comedy in my mom. She’s like the first Iron Man suit that Tony Stark made to get out of the desert. You see her and go, ‘Ah, so this was the prototype.’”

Noah, who began his career with a starring role on a South African soap opera, went on to host his own radio show and then shifted his focus to comedy. In 2011, he moved to the United States; the next year, he became the first South African stand-up comedian to appear on The Tonight Show. By the end of 2014, he was a regular contributor on The Daily Show, and in March 2015, Comedy Central announced that Noah would succeed Jon Stewart as host of the show. He began his new position on September 28, 2015.

Through it all, Noah’s Solo Mom has been an inspiration. As he remarked to Gross, “I was lucky enough to be in the shadow of a giant. My mom’s magic dust sprinkled on me, and I hope I have enough of it to be as brave as she was and continues to be.”