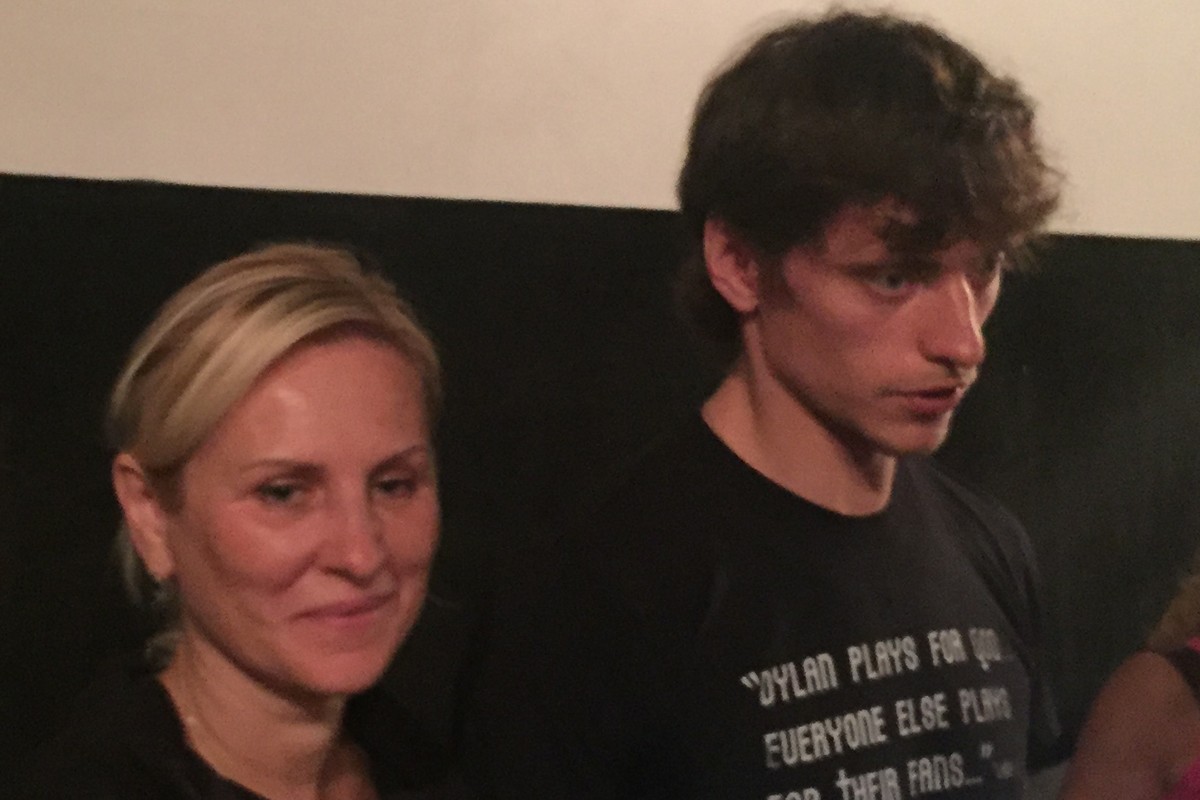 In February 2015, a video was posted online: Ukrainian ballet dancer Sergei Polunin dancing with a complicated mix of angst and joy to Hozier’s “Take Me to Church” (which you can view below); it quickly went viral. A year and a half later, the documentary feature Dancer, released September 16, gives some insights into the life and tumultuous career of the dancer sometimes referred to as “ballet’s wild party boy.”

Born in the southern Ukrainian city of Kherson, Polunin evinced talent early, training first at a gymnastics academy and then at the Kiev State Choreographic Institute. His mom, Galina, moved with him to Kiev while his father, Vladimir, worked in Portugal and his grandmother worked in Greece to support them. Galina, who recognized that ballet was her son’s ticket out of a limited future in Ukraine, sent a video of the young prodigy to the British Royal Ballet School in London, where he tried out and was accepted. Galina had to leave Polunin, who was 13 and spoke no English, claiming that it “broke her” but was their best option. Splitting the family was ultimately hard on the marriage, and while the young dancer was still a student at the Royal Ballet School, his parents divorced.

Polunin took the divorce hard. “I was like, I’m never going to be upset again, and I will never suffer and I will never miss anybody and I don’t want any memories about anything,” he told the New York Times. “That was the last time I cried for years.” Devastated by the breakup, he refused to let his family watch him perform. “His family did anything they could to get this golden child to the top of his craft,” Steven Cantor, the director of Dancer, has said. “It became clear that [Polunin] was dancing as hard as he could to get his family back together. Then his parents got divorced, and I think he felt, what am I dancing for? He just lost his will and went off the rails.”

If his personal life was in tumult, his professional star was rising. By 2007, Polunin had joined the Royal Ballet Company; by 2010, he had become its youngest-ever principal. “When I became a principal at the Royal Ballet it was my childhood goal, a dream,” Polunin told the BBC in 2012. He was 19. But in some ways the achievement felt hollow, and he dealt with his personal pain by embracing drugs and alcohol. It was not long before he had earned the reputation as being another of ballet’s “bad boys,” staying up all night playing computer games and sometimes skipping class. In 2012, Polunin announced his resignation from the Royal Ballet, just a week before he was to appear as the lead in a production of The Dream. “In a way I did feel that the artist in me was dying a little bit,” he told the BBC at the time.

A complicated career trajectory followed, with Polunin moving to Moscow to dance with the Stanislavsky Theater. But though he admired Igor Zelensky, the director who had recruited him, he quit after 18 months. “It became more repetitive, more about making money, somehow for wrong reasons,” Polunin told the New York Times in September 2016. His raw performance in “Take Me to Church” was meant to be his final one, and the emotion it displays is real. He has said that he cried for hours during filming: “I realized I’m leaving behind everything I have learned, my teachers, the audience. And I kept thinking about my mum I’m letting down.”

But in classic phoenix fashion, the dancer appears to be rising from the ashes. Though he once stated, “I did everything a dancer wanted to do, and I just want to get a normal life now,” he eventually returned to the studio and the stage, with his parents and grandmother firmly ensconced in the audience. Cantor has said that the huge online success of the “Take Me to Church” video “made [Polunin] feel he could reach people, and gave him the courage to go on. We had thought maybe it was the end of the story.”

Instead, it appears to be the beginning of a new chapter. Somewhere between the end point of the documentary and its release, Polunin agreed to dance Giselle with Royal Ballet principal Natalia Osipova; the two reportedly fell in love and have performed together several times. They are slated to dance together at New York City Center in November 2016.

Polunin is not only dancing again but also pouring his passion into saving dancers from what he describes as a complete lack of support for their physical and emotional well-being. He is in the early stages of creating a worldwide foundation that will support dancers at both the start and the end of their careers. So as much as he’s suffered for his art, Polunin is now full of joy and optimism as he applies his hard-earned lessons to improving the lives of all dancers.

And what does Polunin himself make of Dancer? “It made me feel really sad,” he said of watching it for the first time. “But it is all true.”