Ronda Rousey: The Instinct to Survive 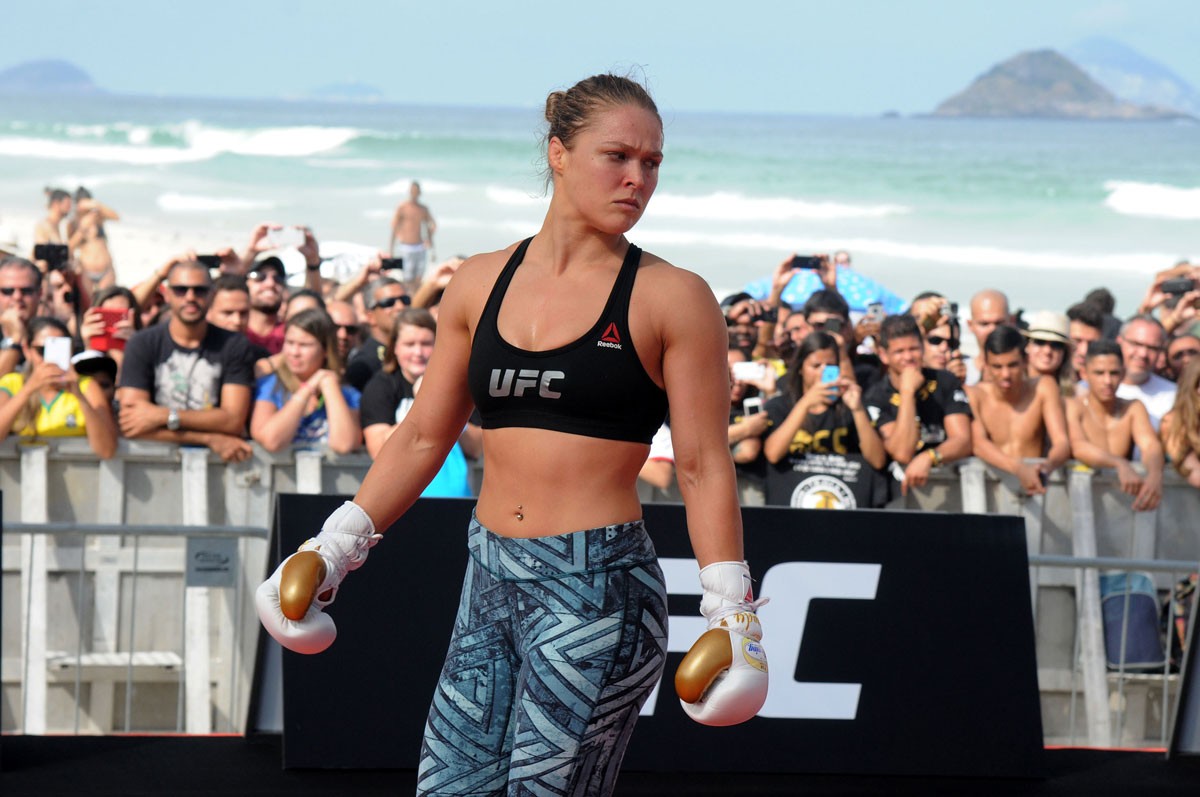 UFC’s Ronda Rousey knows what it means to be a badass. In an interview for SELF Magazine in 2015, she defined badass as, “Someone who’s willing to do what needs to be done. There are plenty of times where people know and they don’t do it—because it’s not comfortable or easy. If you do what’s right regardless of how it’s going to make you look, then you’re really a badass.”

With a 12–1 record, Rousey walks the walk; she once won a fight in 14 seconds. She’s been demonstrating that brand of grit since the day she was born; her umbilical cord was wrapped around her neck, and the lack of oxygen caused a speech impediment so severe that she couldn’t make a clear sentence until she was six years old. But she fought through that challenge. When she was eight, she fought again to overcome her father’s suicide. “Everyone has the instinct to survive,” she told SELF.

Her mother, Solo Mom AnnMaria De Mars, is a world judo champion turned mathematics professor who has helped shape her daughter’s worldview. As Rousey remembers in the SELF interview, “My mom would always tell me that you have to be your best on your worst day, because what if the Olympics fall on a bad day?” De Mars also imparted the wisdom of “giving up what you want now for what you want most.” Rousey said, “My sisters were taught that, too, and they carried it through their professions.” De Mars herself noted to Fightland, Vice magazine’s mixed martial arts site, “Success comes from caring deeply.”

Mother and daughter are close. When Rousey won Best Female Athlete at the 2015 ESPY awards, she directed her speech to De Mars. “Mostly I wanna thank my mom who, you did so much,” she said. “You put up with so much for me to get here, and I really appreciate it.”

Rousey has appeared on the big screen, with roles in films such as Furious 7 and Entourage. She’s also sold the rights to her memoir My Fight / Your Fight and plans to produce and star in an anticipated feature film of the book. No doubt Ronda is training hard to regain her title after her surprising loss to Holly Holm, and we will all watch this exceptional and driven woman’s journey.