Richard Russo: “I Owe Her an Enormous Debt” 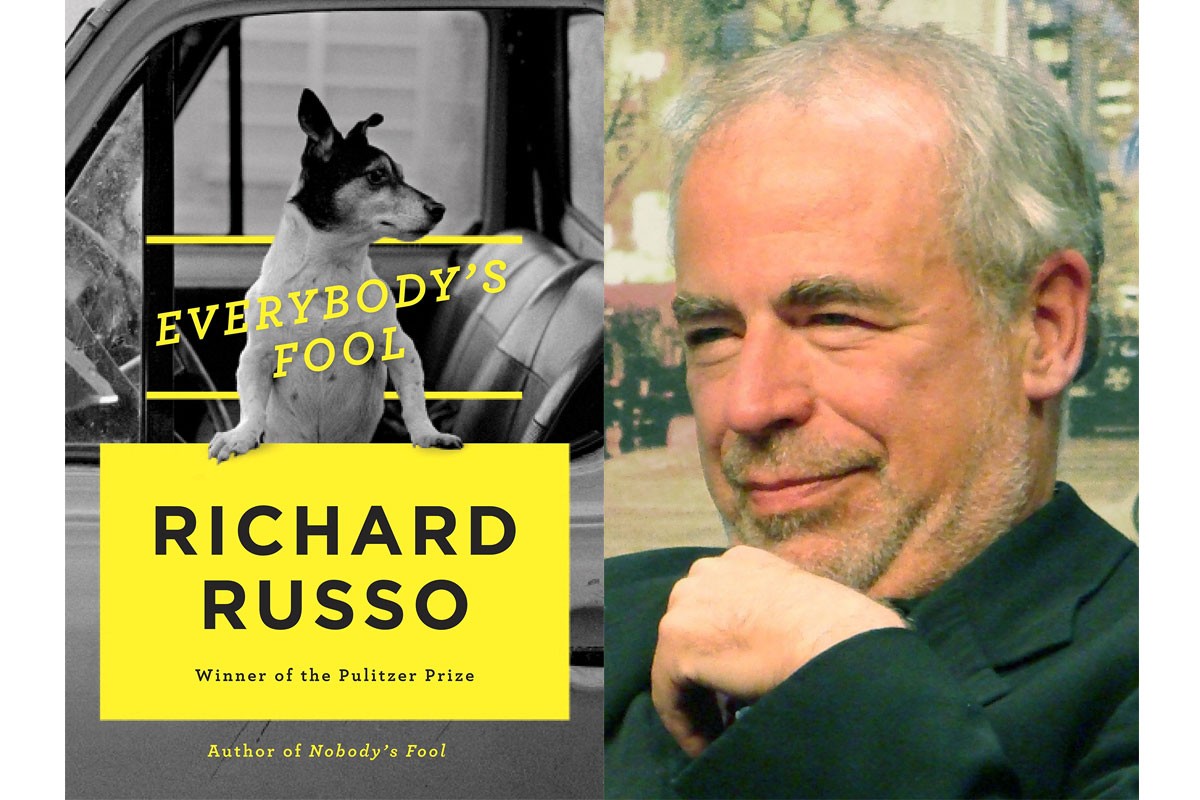 Pulitzer Prize–winning author Richard Russo has been writing about his hometown of Gloversville, New York, for much of his adult life. In his new book, Everybody’s Fool (Knopf, 2016), which picks up 10 years after his 1994 novel Nobody’s Fool left off, the town is called North Bath. He called it Empire Falls in another novel of the same name. But in his 2012 memoir, Elsewhere, Russo called it by its true name. Gloversville is important to Russo. As he told NPR in 2012, “[The memoir] has a lot to do with this place that [my mom and I] shared because she grew up there, too, in Gloversville, just as I did.” Jean, Russo’s Solo Mom, was a complex woman, and Elsewhere ended up being as much about Jean’s life as it was about his own. “I don’t write books in order to explain my experiences of life; I write them to make things make sense, and there were large aspects of my mother’s life that I didn’t quite comprehend,” Russo said. “When you don’t understand a parent’s life, in a way, you kind of don’t understand your own.”

Part of what Russo came to grips with was his mother’s neuroses, which bedeviled her throughout her life. Jean hated yellow, for instance: as Russo shared with NPR’s Terry Gross in May 2016, his mom “couldn’t have yellow flowers in the house or if for some reason she was at the grocery store and her favorite brand of toilet paper was available that day only in yellow, she would have a kind of breakdown about that.” But if Russo remembers Jean’s anxieties and idiosyncrasies, he also recalls a brave young woman who, as he once said, “did so much on her own when I was young.”

And Russo’s childhood was a happy one. He didn’t always see his estranged, gambling father, but he and his mom shared a two-family house with his grandparents, and the boy was often surrounded by cousins. Jean had a job at General Electric; as her son matured, he came to understand just how hard she worked. “I knew that she was holding things together, holding herself together, by sheer force of will, that the cold facts bore down on her relentlessly,” he wrote in Elsewhere.

If that pressure manifested itself in fears that grew as Jean aged—fears that things “won’t turn out right”—Russo was always there for his mom. After Jean’s death from congestive heart failure, the writer came to suspect that his mother had suffered from obsessive-compulsive disorder and that in some ways he had unwittingly served as her enabler. That realization has been a difficult one, but as Russo’s books demonstrate, he’s never been one to shy away from life’s painful aspects. And the close bond mother and son shared was undeniably profound: in the acknowledgments to Elsewhere, Russo wrote, “To my mother, I owe just about everything.” As he told Gross, “I wouldn’t even be a writer if it wasn’t for her and her library of books, which I had read just about every single one of by the time I was 18—but for her I wouldn’t even be a writer. I owe her an enormous debt.”