Ralph Waldo Emerson: “Men Are What Their Mothers Made Them” 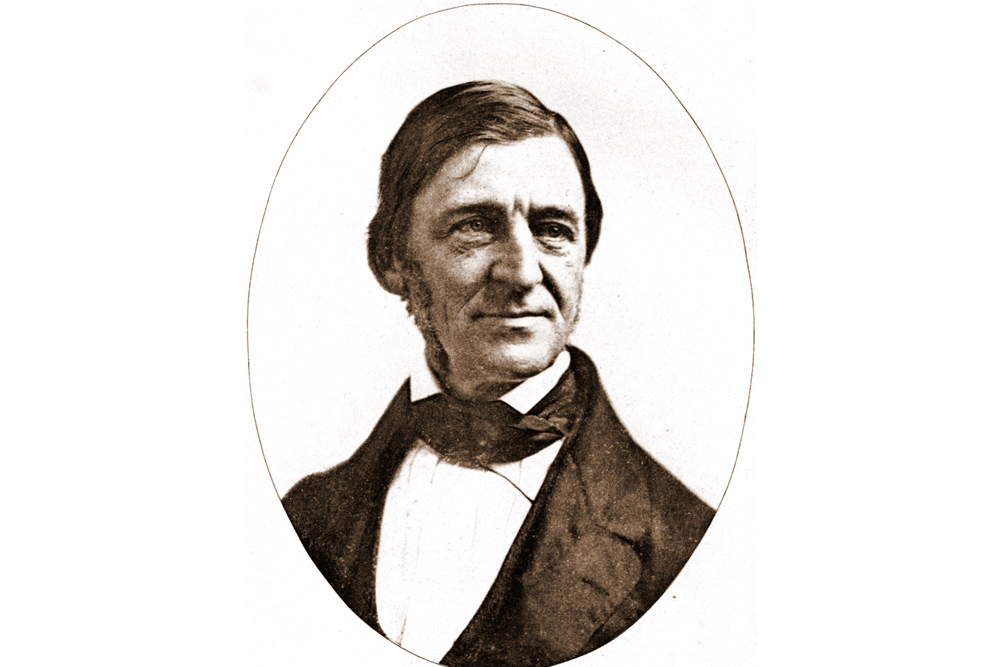 American essayist, philosopher, and poet Ralph Waldo Emerson was just shy of his eighth birthday when his father, the Reverend William Emerson, died from stomach cancer. Reverend Emerson had been one of Boston’s leading citizens, a liberal-minded minister who taught young Ralph his grammar and reading when the boy was just three years old. After the reverend’s death, Emerson’s mother, Ruth Haskins Emerson, took on the task of raising a large family as a Solo Mom. A practical, deeply religious woman, Ruth sold her husband’s library and took in boarders to provide for her six children.

Emerson’s aunt, Mary Moody Emerson, eventually came to live with the family to help with the children. She was an eccentric, well-read woman with an inquisitive nature, introducing her nephew to Hindu scriptures, Neoplatonism, and natural religion, even as she taught him the aphorisms he would rely on throughout his life: mandates such as “Despise trifles” informed the young Emerson’s values. Indeed, poverty was a constant specter for the family, and Emerson, who did not resent the situation, nevertheless learned early on to steer clear of frivolity and embrace earnest responsibility. The young Emerson had chores, including feeding the cow his mother kept on Boston Common, and these experiences arguably informed his views and the way he lived his life as an adult.

Despite financial hardship, Ruth prized education and worked hard to secure it for her children. Emerson attended the Boston Latin School, which offered the best education available at that time, and at age 14 he entered Harvard College. Though not an intellectual standout—Emerson graduated in the exact middle of his class of 59—he was a serious student (ever the hard worker!) and served as class poet.

In the years following his graduation, Emerson worked as a teacher and then as a minister. But when a short marriage to the love of his life, Ellen Tucker, ended in Tucker’s death from tuberculosis, Emerson began to face religious doubts. He left the ministry and toured as a lecturer, developing his ideas into essays and books that he began to publish in the 1840s. Pieces such as Self-Reliance, Spiritual Laws, Nature, and The Poet explore subjects including man’s inborn goodness and the joy inherent in nature. Though the tone of the essays is generally positive, Emerson acknowledges the realities of life: essays such as Compensation and Experience, for example, suggest how to navigate loss and human failing.

His work was considered controversial: Emerson’s 1838 graduation address at Harvard’s Divinity Hall, during which he discounted biblical miracles and declared that Jesus, while a great man, was not God, resulted in his being called an atheist and a poisoner of young men’s minds. (The address is now known as the “Divinity School Address,” and Emerson was not invited back to speak at Harvard for 30 years.) Even his aunt called his essay Self-Reliance a “strange medley of atheism and false independence.”

Despite the blowback, Emerson began to receive international attention for his work. And he continued to write, exploring ideals of individuality and freedom, and the relationship between the soul and the external world. An abolitionist and leader of the transcendentalist movement, which protested the state of intellectual and spiritual mores of the time, Emerson was to influence generations of thinkers, writers, and poets who came after him.

Ruth, who lived with her son after his second marriage, died in 1853, so she was able to witness his prodigious output during the 1840s. And Emerson never seemed to forget the impact his Solo Mom and other women, such as his aunt Mary, had on him: as a popular Emerson quote, re-created today on everything from T-shirts to coffee mugs, states: “Men are what their mothers made them.”

Want to learn more? Works by Ralph Waldo Emerson are available to explore at Project Gutenberg.