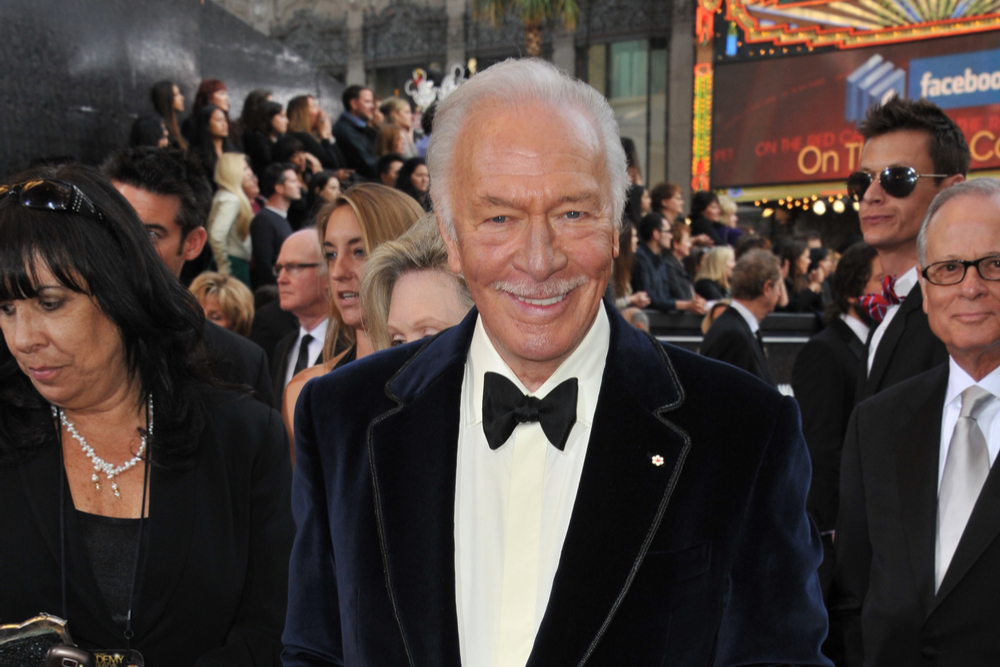 Christopher Plummer wasn’t supposed to play J. Paul Getty. Kevin Spacey had won that part, but when allegations about Spacey and sexual misconduct surfaced not long before the 2017 film All the Money in the World was to be released, director Ridley Scott recast Plummer in the role of the wealthy industrialist. Plummer, son of a Solo Mom, aced the performance: in fact, he’s up for a Best Supporting Actor Oscar on March 4.

It’s been a wild ride for the Toronto-born Canadian actor. Plummer was the great-grandson of Sir John Joseph Caldwell Abbott, who was the country’s first native-born prime minister. When Plummer was a child, there was money . . . until there wasn’t: after his parents divorced, Plummer’s father disappeared, and as older relatives died, the money drained away. Plummer’s Solo Mom held down two jobs and lavished her son with affection. A cultured woman, she introduced Plummer to poetry as soon as he could read; Plummer also had access to a library of classics in English and French. “We had kippers and finnan haddie for breakfast, and 5 o’clock high tea,” Plummer remembered in a 1982 People magazine interview. “It was all very Edwardian.”

He began his professional acting career at 16 years old, and in the decades since has dominated the stage, winning Tony Awards for his performances in Cyrano (1974) and Barrymore (1997). His film résumé is extensive, ranging from Captain Georg von Trapp in The Sound of Music to roles in films such as 12 Monkeys, A Beautiful Mind, National Treasure, Danny Collins, and now, All the Money in the World.

This last movie was something of a hat trick. All the Money in the World had been shot and was in the can. But, as Scott told USA Today, “This film is going to be affected by what’s happening [with Spacey], and it will kill us. I know who to put in there, he’s available, let’s go.” Making the film’s original December release date required nine intense days of filming and some late nights editing. But Scott pulled it off, and Plummer, who elected not to watch the scenes Spacey had already filmed, created his own take on the frugal billionaire. “Kevin’s performance was colder,” Scott told the New York Times in December 2017. “Christopher has enormous charm—a twinkle and a smile—that makes this coldly logical character feel even more dangerous.” As Plummer shared with USA Today, “If you’re going to play a villain, it’s much more interesting to find all the nice qualities of the person. Or even give him some, as a gift.”

At 88, Plummer is the oldest actor ever to be nominated for an Academy Award. In 2012, he became the oldest actor to win an acting Oscar, for his performance in Beginners. And on March 4, he’ll have an opportunity to best his own record, with a performance he earned—and completely owned—at the 11th hour.