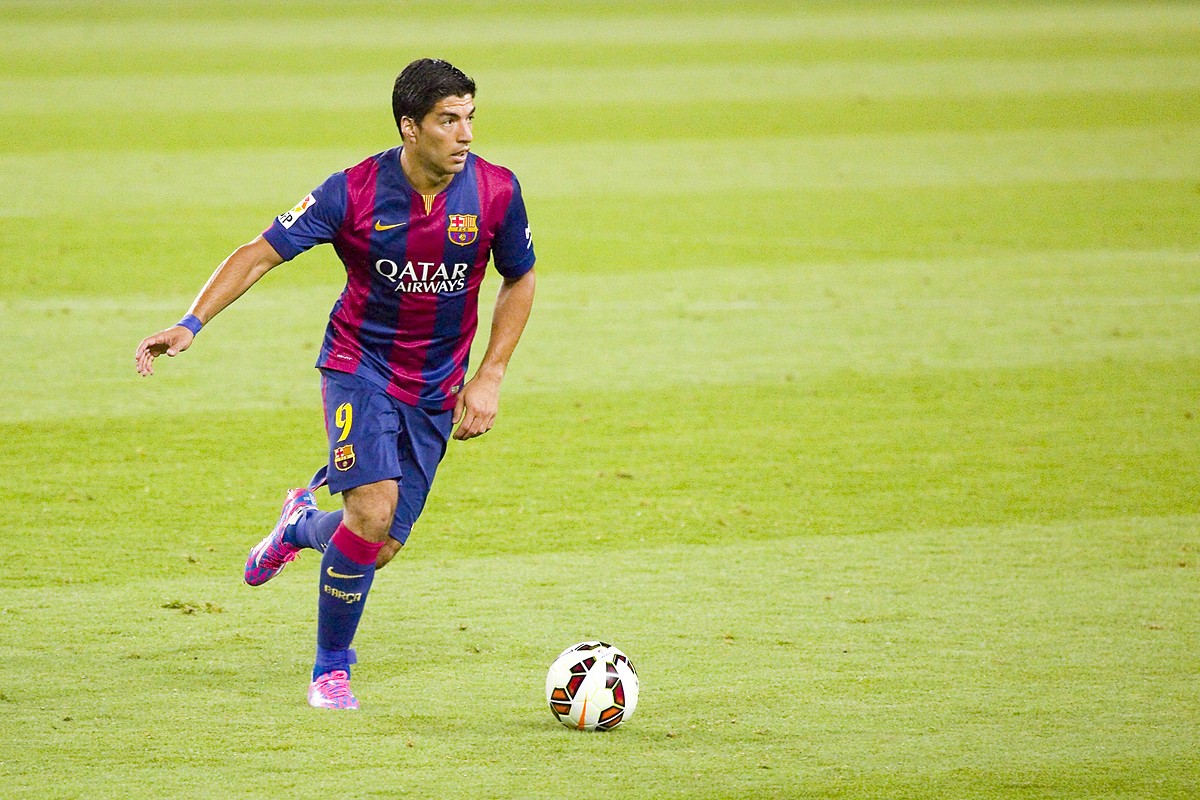 The fourth of seven siblings, Uruguayan professional footballer Luis Suárez developed his athletic skills on the streets of Montevideo. His family had moved to Uruguay’s capital so that Rodolfo, Suárez’s father and a porter by trade, and Sandra, his mother, could find work.

Life wasn’t easy: “We were from the lower class,” Suárez remembered to the Liverpool Echo in 2013. But his parents did everything they could to provide for their children, and in Montevideo, they found a team on which their talented middle son could play. “I was told about Urreta, a club where there were a lot of people with money, so I took him there,” Sandra remembered.

At Urreta, Suárez was discovered by Nacional scout Wilson Pirez. The boy was only nine, but Pirez recognized his athletic gifts. “He had incredible ability for someone of that age,” Pirez has said. But challenges and setbacks lay ahead for the young athlete: around that same time, Suárez’s parents separated, and Sandra was left to hold things together as a Solo Mom with the help of Suárez’s grandmother. The change was a shock.

Suárez recalls meeting his mother at noon each day to pick up money she’d made cleaning. He’d deliver it to his older sisters, who bought food and cooked for the family. “My mom couldn’t join us because she had to work,” he told Sports Illustrated in 2014. When he was 11, circumstances would dictate that he walk 40 minutes alone to practice, sometimes playing in borrowed cleats that didn’t fit well.

For a while Suárez foundered, admitting to Echo that “I wasn’t on the path I wanted to be on. I was going out at night, I didn’t enjoy studying and I wasn’t dedicating myself to football. There were some people around me who were a bad influence.” But ultimately, the young athlete rallied; it could even be argued that the adversity galvanized him. As Pirez noted, “[T]hat tough childhood made him so hungry for success.”

Suárez, who went on to distinguish himself playing for Groningen, Ajax, and Liverpool, is now a striker for Barcelona. He’s battled a temper along the way, having earned a rap sheet that includes biting three opponents and being found guilty by the Football Association of racially abusing French international footballer Patrice Evra, a claim Suárez’s mom vigorously denied. “I know my son,” Sandra told goal.com in 2012. “I recognize that he needs to tone down his temper, for example . . . But don’t treat him as a racist.”

Liverpool owner John Henry has also defended the athlete. “He is a good person 99 percent of the time,” Henry told Sports Illustrated in an e-mail, “and 1 percent of the time his desire to win overcomes everything else. So he had moments where he made very high-profile mistakes. But those mistakes were always in the heat of competition. [They have] caused him problems, but [they’re] also a reason he is one of the best players we’ve ever seen.”

Hothead. Superstar. Suárez is both those things. He also is a family man who loves his wife, Sofia, and their two children, and recognizes the efforts his mother made to support him over the years. “My mum, Sandra, accompanied us whenever she could,” he says in his autobiography, Luis Suárez: Crossing the Line—My Story (Headline, 2015).

Though a complicated man, Suárez is characterized by passion and a loyalty his Solo Mom seemingly instilled in him from the very beginning.