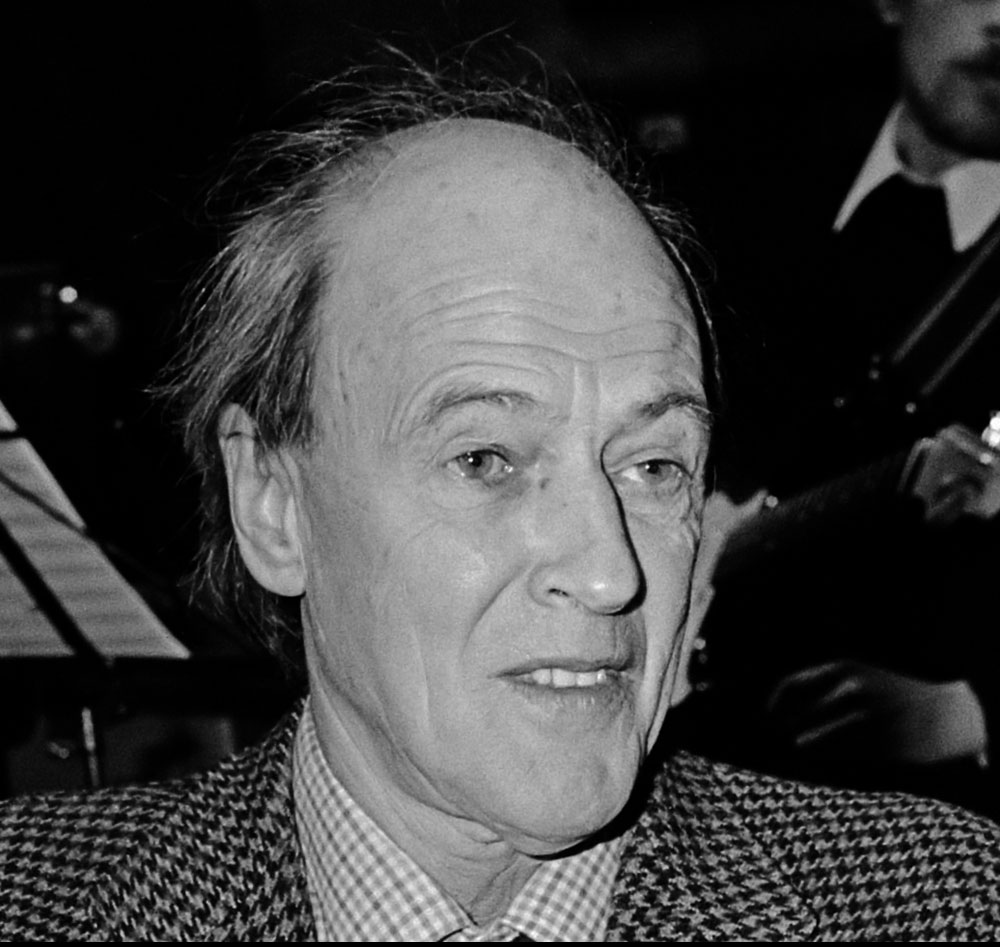 Writer Roald Dahl, known for his unsentimental, often darkly funny children’s books, was only three years old when his father, Harald, died of pneumonia. It was 1920, and Dahl’s mom, Sofie, was suddenly thrust into the role of Solo Mom to five children. (She was also pregnant with a sixth child, her youngest daughter, Asta.) Sofie had emigrated to Wales from Norway, and though she had the option of returning to Norway to live with relatives after her husband’s death, she elected to remain where she was so that the kids could attend British schools—something that had been very important to Harald.

So it was that when he was nine, Dahl left home to attend boarding school, per the British way. He went to a school in England called St Peter’s in Weston-super-Mare, a place that made sense geographically (it was nearest his home, and there was a regular ferry link across the Bristol Channel) but where he was not particularly happy. Homesick, he wrote his mother every week. But he kept his letters upbeat, electing not to reveal his unhappiness. In fact, he presented his best self to his Solo Mom, whether to lift her spirits, or his own, in so doing drawing a picture of a funny, dashing boy, adored by all. Even as a child, Dahl had an eye for detail and an exuberant sense of humor, and in the letters one can see hints of the writer he would become: in one missive, his request for sweets is preceded by an exhaustive account of how he had pulled out one of his own teeth.

Dahl continued to write to his mother over the years, regaling her with stories about his exploits in the Royal Air Force and as a diplomat in the United States. If some of the correspondence became startlingly frank—“I had a grand sh-- in a petrol tin this morning,” he wrote in 1940, from the Iraqi desert—he seems to have known his audience. Sofie was by all accounts unshockable. The Solo Mom saved Dahl’s letters, bundling them up with green tape, and in 2016, the centenary year of Dahl’s birth, the letters from 1925 to 1945 were collected into the book Love from Boy: Roald Dahl’s Letters to His Mother (Blue Rider Press).

Eventually, Dahl moved close enough to his mother geographically that the sheer volume of letters tapers off (though they did continue until Sofie’s death in 1967). Mother and son remained close over the years. In Memories with Food at Gipsy House (which was later published as Roald Dahl’s Cookbook by Penguin Books Limited, UK, in 1996), Dahl explains his and his siblings’ relationship with Sofie: “[S]he was the matriarch, the mater familias, and her children radiated round her like the planets round a sun.” And the Solo Mom was something of a muse, eventually inspiring one of Dahl’s strongest and gentlest characters: the loving Norwegian grandmother who tells stories in The Witches. “[My mother] was a great teller of tales,” Dahl wrote in More About Boy (Puffin Books, 2009), a book about his childhood. “Her memory was prodigious and nothing that ever happened to her in her life was forgotten.”

Dahl, who during his career wrote well-received, macabre short stories for adults, is nevertheless, arguably, best known for his children’s books. Tales such as the aforementioned Witches, as well as Matilda, Fantastic Mr. Fox, James and the Giant Peach, and Charlie and the Chocolate Factory, have become contemporary classics—stories incandescent with humor and, sometimes, a touch of the grotesque. Many have also been interpreted beautifully as films.

Sofie died in November 1967 after a long illness, passing away just a few hours after speaking to Dahl on the phone. (He was in the hospital recovering from back surgery.) Dahl himself was to die 23 years later, and like one of his irrepressible characters, his death was nothing short of interesting. According to Dahl’s granddaughter, the family gave him a “sort of Viking funeral,” which meant burying him with his snooker cues, good Burgundy, chocolates, HB pencils, and a power saw. To this day, children and adults leave toys and other tokens at his gravesite.