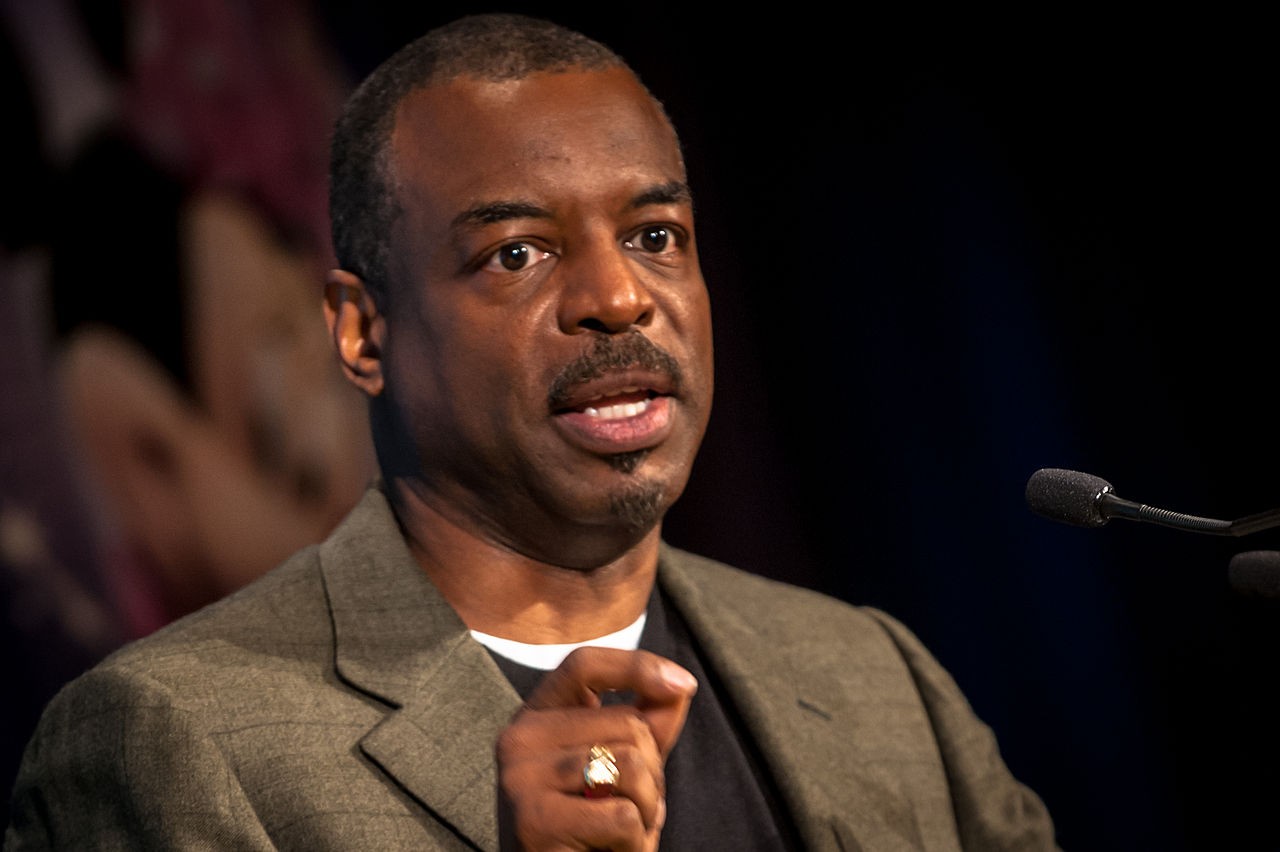 Millennials grew up listening to his reassuring voice on the PBS series Reading Rainbow. Star Trek fans know him as Lt. Commander Geordi La Forge in Star Trek: The Next Generation. And in the 1970s, LeVar Burton’s film acting debut in the ABC miniseries Roots started candid conversations about race, even as his nuanced portrayal of Kunta Kinte earned him an Emmy nomination for Best Actor in a Drama Series. For Burton, though, it all comes down to the influence of his late Solo Mom, Erma Gene (née Christian), a social worker, administrator, and educator whose loving influence made all things possible.

“I’m the man I am because she is the woman she is: My first teacher and an avid reader,” Burton said, after receiving the Friend of Education Award from the National Education Association in 2017. “She not only read to me, she read in front of me. . . . She provided me with the best weapon she could. And that was a quality education.”

Today Burton is a voice of reason and solace—in his podcast, LeVar Burton Reads, and in life. “Stories serve as an integral part of the human experience,” Burton told whyy.org in late 2018. During episodes of LeVar Burton Reads, Burton reads short fiction stories he selects himself, bringing the words of authors such as Neil Gaiman, Octavia Butler, and Haruki Murakami to life. He has said that reading to adults is really no different from reading to kids, something he knows a bit about, having hosted the educational children’s television series Reading Rainbow for more than 20 seasons. As far as Burton is concerned, adults and kids alike want the same thing from storytelling: “to be engaged in their imagination, to be entertained, to be delighted or intrigued or scared.” That’s no doubt something he learned from his Solo Mom. As Burton once told Daily Variety, “My mom was an English teacher, and reading, for my family, was like breathing.”

Indeed, he has a built-in audience for the podcast: all the millennials who grew up as huge fans of Reading Rainbow. To call that fan base a force to be reckoned with is not hyperbole. The television comedy series Community, in fact, illustrates the devotion Burton inspires to hilarious effect in an episode that has Donald Glover’s character, Troy, meeting the actor in speechless adoration.

Burton also seems to have tapped into the healing possibilities of reading. As he told the New Yorker in 2017, “It has been kind of overwhelming, the response to the podcast. And it really does prove what we’ve all known our entire lives—that we all love to be read to. And what a basic joy that is for human beings. And boy am I glad that we have that opportunity to read to one another, and be read to. It really does bring us closer together. And in the world we’re living in today, that ain’t such a bad thing.”

Burton came by his embracing worldview honestly. He’s said that most people in his family were employed in education one way or another. His mother worked in the federal program Aid to Families With Dependent Children. “My mom talked a lot about . . . her belief that one’s life should be a service to the greater community,” Burton told the Atlantic in late 2018. “That was certainly something I picked up and absorbed. . . . I personally believe that education is the key to freedom.”

But before his podcast, before Reading Rainbow, there was Burton’s portrayal of Kunta Kinte. January 23 through 30, 2019, marked the 42nd anniversary of the airing of the television miniseries Roots, which is based on the novel by Alex Haley and follows the story of Kinte, an 18th-century African captured and sold into slavery, and his descendants. The series, which represented Burton’s explosion onto the acting scene amidst screen titans such as Cicely Tyson, won nine Emmy Awards, as well as a Golden Globe and a Peabody Award. The final episode still holds a record as the second-most-watched overall series finale in U.S. television history.

Roots is widely credited with elevating appreciation for genealogy and African American history. Today, by reading to an audience that grew up listening—and loving—the sound of his voice, LeVar Burton continues to share something he learned from his Solo Mom: a love of story.