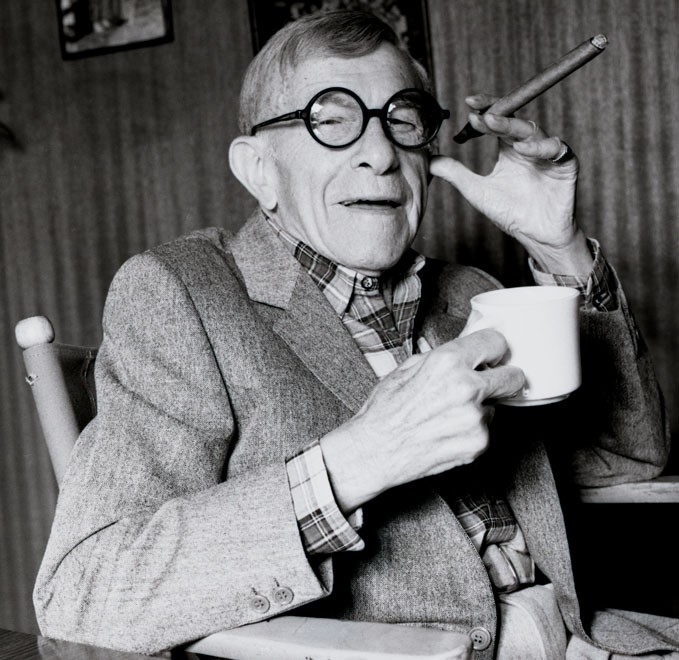 When Dora Birnbaum’s husband died in a 1903 flu epidemic, she became a Solo Mom. Her seven-year-old Nathan, called Natty and later known as George Burns, took odd jobs on the streets of New York City to help the family. In Lawrence J. Epstein’s book Mixed Nuts: America’s Love Affair with Comedy Teams from Burns and Allen to Belushi and Aykroyd, the author says Dora “seemingly fed her family from the air.” But her son’s odd jobs undoubtedly helped, even as they led to efforts at a vaudeville career. Some of Burns’s theatrical attempts were more successful than others, but Dora, an Orthodox Jew who didn’t live to see her son play God in the series of Oh God! films in the 1970s and 80s, or win an Oscar (at 80 years old, the oldest person at that time to do so), always believed in her boy. She also wanted the best for him: in Epstein’s book George Burns: An American Life, Dora is described as being less than impressed when her son brought home a heavily made-up date, Jean DeFore, to meet her; Dora asked George in Yiddish if this woman planned to adopt him because Jean looked much older than her 23 years with all that makeup on. She then sweetly informed Jean she had just told George how charming Jean was. Dora got on much better with Gracie Allen, whom George married in 1926. And when George and Gracie returned to New York’s Palace Theater in 1927 with their successful vaudeville act, she was there (Dora had been too ill to see their first Palace show). George hired a limousine and sent two of his brothers to Dora’s tenement in Brooklyn to pick her up, then lift her from the limousine and carry her to her seat in the front row. Dora died not long after, but Gracie comforted her husband by using Dora’s favorite affectionate phrase, “Natty, you’re such a schmuck,” which the older woman had traditionally used to bring her son back down to earth.