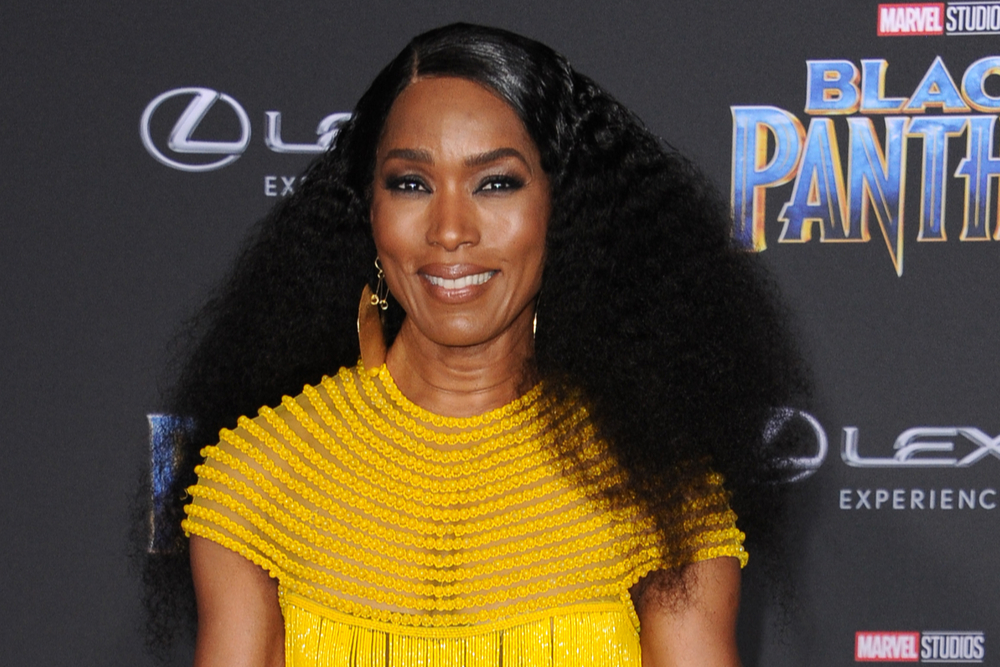 As Ramonda in Black Panther, actress Angela Bassett plays a strong Solo Mom (and Queen Mother of Wakanda!) who faces adversity with grit and grace. Did she draw from the example of her own Solo Mom, Betty Jane, when she interpreted the character? One thing’s for certain: Bassett recognizes the strength her mom had to show in raising her and her sister, D’nette.

Bassett’s parents separated when she was very young, and Jane eventually relocated to St. Petersburg, Florida, taking her two daughters with her. The Solo Mom was a social worker/civil servant, and life wasn’t always easy. The little family lived in low-income housing, and Bassett remembers the time someone broke into their home and stole her favorite possession, a little record player. “It just hurt me to the core because when you’re raised by a single mother, each possession is a prize,” she told the Las Vegas Review-Journal in February 2018. “But I’m not complaining,” she added. “There was never room for extras, but that was fine. We had each other—mom, my sister and me. In many ways, it was good to have less and to focus on your imagination because we were always writing stories and acting out plays.” Bassett’s mom also instilled strong values. As the actress told People magazine’s editor-in-chief, Jess Cagle, “[M]y mother had a lot of pride in how you show up and how you carry yourselves. And [she] set high standards.”

Bassett carried those high standards into her career, which has embraced both television and film. The actress’s range is stunning: she has appeared in several seasons of the FX anthology television series American Horror Story, with roles including her portrayal of voodoo witch Marie Laveau and, in a subsequent season, Desiree Dupree, a three-breasted woman in a freak show. She received nominations for the Primetime Emmy Award for Outstanding Supporting Actress in a Miniseries or a Movie in both cases. Bassett went on to direct an episode in the show’s sixth season; American Horror Story’s co-creator Ryan Murphy has said she knocked it out of the park with her efforts. As he told E! News, “I’ve seen it time and time again with these women that we brought into this directing world that they’re just killing it, and they’re working twice as hard because they know they have a lot to prove.” In 2017, Bassett appeared in an episode of Master of None as Catherine, the mother of Lena Waithe’s character, Denise.

Bassett’s film roles have been equally diverse. She portrayed Betty Shabazz in the 1995 drama Panther; she owned the title role in How Stella Got Her Groove Back; she appeared in Green Lantern as well as London Has Fallen; and now she’s part of the phenomenon Black Panther has created, an experience that has proven to be profound for the actress. “For a movie to be so longed for and anticipated by audiences, by children, by women, it reaches out and grabs everyone,” Bassett shared with Vanity Fair in February 2018. “Young, mature, black, white, Asian, Latin. It’s just more interesting to today’s young audiences, to today’s world.”

No doubt Betty Jane, who died in 2014 of heart disease caused by type 2 diabetes, would be proud of her daughter’s latest accomplishments. Meanwhile, the actress, who takes great pride in the legacy created by Black Panther, passes on to her own children, twins Slater and Bronwyn, with husband Courtney B. Vance, the same grit, pride, and high standards she inherited from her Solo Mom.