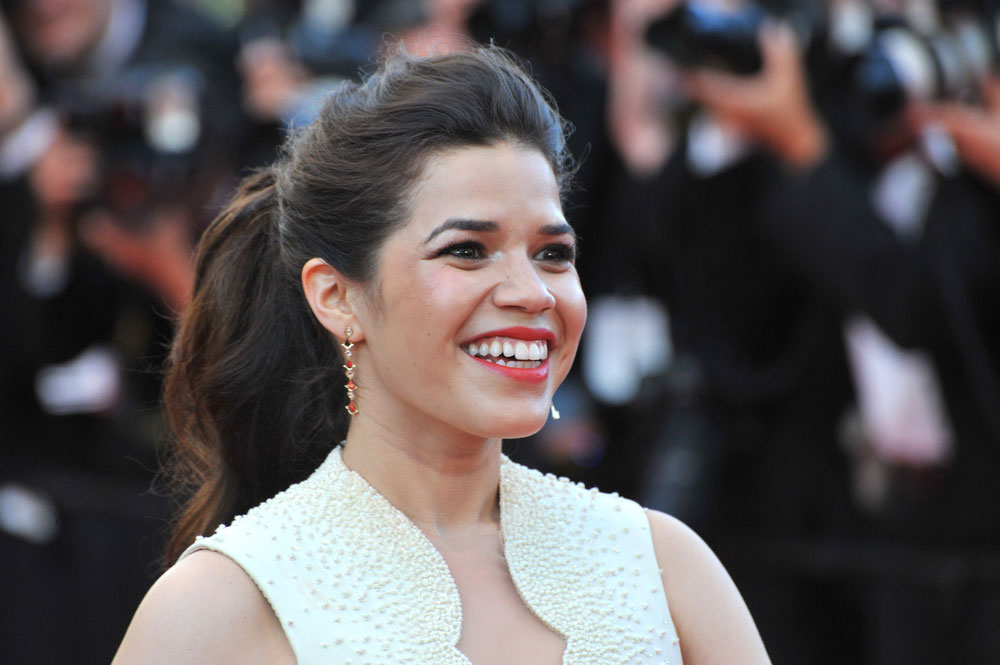 “My mother taught me the importance of hard work,” actress America Ferrera told Honduras News in 2010. Ferrera’s mom is América Griselda Ayes, who emigrated from Honduras with her husband, Carlos Gregorio Ferrera, in the 1970s. Ayes and her husband split when America, the youngest of six, was little; Ayes became a Solo Mom, and she worked hard to keep things stable for the children. “My father, Gregorio, walked out on us when we were kids so it was all down to her,” Ferrera has said. “[My mom] never took benefits and worked all her life, right up to today.” Ayes’s job was a good one: she worked at a Hilton hotel, where she was the director of the housekeeping department. But money was sometimes tight. As Ferrera shared with Nexos magazine in 2016, “[Mom] had an executive position where she made a decent salary, but she had a single income and was raising six children.”

The Solo Mom cherished high hopes for her kids. In an interview with Jamie Painter Young in Back Stage West, Ferrera said that her mom had come to the United States “for the sole purpose that my siblings and I could get an education, could have every opportunity in the business world, and whatever we wanted to pursue would be at our fingertips.”

For Ferrera, that meant acting. Appearing in a production of Hamlet when she was seven years old convinced the budding actress that this was what she wanted to do, so she continued to participate in school plays and pursued community theater. In high school, Ferrera scored a part in the Disney Channel original movie Gotta Kick It Up!, but her breakthrough role came when she portrayed high school senior Ana Garcia in the 2002 coming-of-age film Real Women Have Curves. The film’s exploration of mother-daughter conflict, the immigrant experience, and self-acceptance earned accolades: at the Sundance Film Festival that year, Real Women Have Curves was nominated for the Grand Jury Prize and won the Dramatic Audience Prize, and Ferrera herself, along with her costar in the film, received a Special Jury Prize for Acting; Ferrera also was nominated for an Independent Spirit Award in the Best Debut Performance category. In some ways, the film imitated life: the movie was made during Ferrera’s own senior year of high school, and like the mom in the film, Ayes had strong ideas about her daughter’s future plans.

So did Ferrera herself. After she graduated high school first in her class, she decided to put off college for a year to pursue acting. She promptly landed a role in the film The Sisterhood of the Traveling Pants, an adaptation of the popular young-adult novel of the same name. And although she did eventually pursue studies at the University of Southern California, Ferrera has joked about her mom’s protective instincts. As she shared with Back Stage West in 2002, “I think every morning my mom waits for me to wake up and say, ‘I’ll be a doctor,’ because she wants security for me; she wants me to have a good life, and what I have had to do is prove to her that this is what the [good] life is for me.”

One can assume that by now, Ferrera has done so in spades. In 2006, the actress was cast in the lead role in the ABC comedy drama (and cult favorite) Ugly Betty, which ran for four seasons and catapulted her to a whole new level of fame. (She won both an Emmy and a Golden Globe for her interpretation of the sweet, braces-wearing Betty Suarez.) Ferrera currently stars in (and is a producer on) the NBC sitcom Superstore, which follows a group of employees working at a fictional big-box store called Cloud 9 in St. Louis. Her character, Amelia “Amy” Dubanowski, has worked at Cloud 9 for years and possesses a real sense of confidence. As Ferrera told Glamour in 2015, “[My character] Amy’s like, ‘Look, I can do my job, I’m good at my job. I don’t need a bunch of rules to tell me [what I can do], rules that don’t make any sense.’”

The actress is reflective when she discusses her career to date. “When I was younger, I felt like everything was make or break,” she shared with Redbook in early 2017. “In my career and my relationships, there was a right way or a wrong way—and I had to fit into the right box. I’ve let go of those narrow definitions and found a balance.” That expansive worldview must surely appeal to her mom, whose dreams for her children have always been writ large. “We talk about a lot of things we want to see more women doing,” Ferrera said. “We want more women producers, more women writers, more women directors—and you can only say that so many times before you say, ‘I’m a woman. What’s stopping me from doing this?’” Perhaps Ferrera is even channeling Solo Mom Ayes when she adds, “I’ve had to ask myself: ‘Why not me?’”