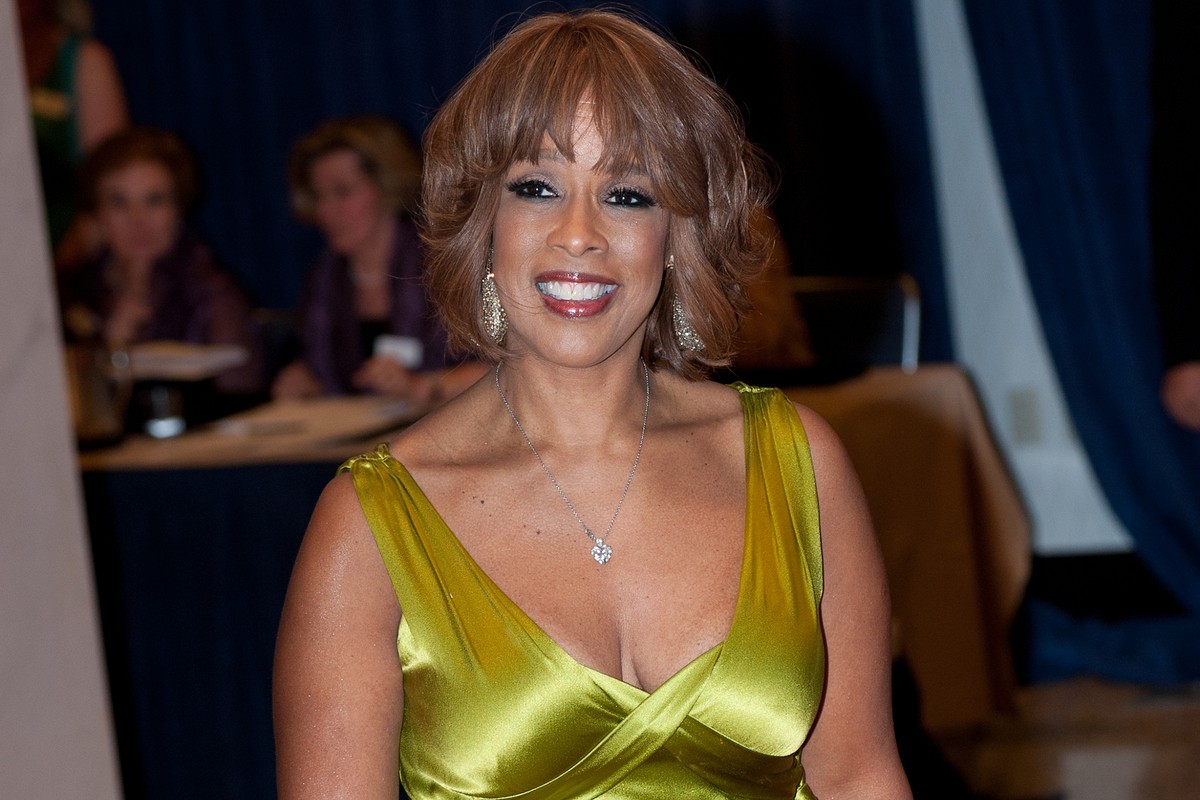 When asked in a recent Vanity Fair “Proust Questionnaire” what living person she most despised, CBS This Morning cohost Gayle King responded with humor but pulled no punches. “‘Despise’ is a strong word,” she mused. “I’m not a huge fan of the woman I caught naked with my now ex-husband on June 24, 1990, at 9:16pm—but I don’t remember the details.”

King’s ex is lawyer and former Connecticut Assistant Attorney General William Bumpus. When her marriage ended in 1993, King became single mom to the couple’s two children, William Jr. and Kirby, but she made sure the children’s dad was still in their lives. “It’s so important for people who have children together to get along,” she once shared on her XM Satellite Radio show. “Regardless of how you feel about the other as a spouse, you still have these children to raise together.”

Bumpus, who has called himself “a work in progress,” is appreciative of King’s efforts over the years. As he recently told Page Six in a statement, “I have nothing but the utmost respect for Gayle and how she handled herself with grace. Despite the situation, she kept our children, as well as my relationship and involvement with them, as a clear priority.”

It wasn’t always easy. “I went to marital counseling,” King once shared on her radio show. “I have worked it out. I’m not bitter. I’m OK. I’m really OK.”

She is more than OK; ask pretty much anyone who knows her, and they comment on what a genuinely kind person she is. “She’s a legendary friend, a supporter,” Maria Shriver told the New York Times in 2011. King’s inner circle also famously includes Oprah Winfrey, who became her best friend after they met at a Baltimore news station. (At the time, Winfrey was the six o’clock anchor, King was a production assistant.) The pair has weathered life’s ups and downs together, from fame to divorce, and they know each other well. When it comes to King’s parenting, Winfrey waxes rhapsodic.

“Gayle is the best mother I have ever seen, heard, or read about,” she said in a 2006 interview in O, The Oprah Magazine. “She was always 100 percent there for those kids—to this day. . . . It’s always, always, always been about what’s best for her children.”

In the same interview King shared that if anything ever happened to her, she’d want Oprah to always be involved in her kids’ lives. To which Winfrey replied, “Her children are my children.” Indeed, Kirby and Will call Winfrey “Auntie O”; Oprah not only attended their college graduations but also gave the commencement address at each.

Over the years, King has distinguished herself professionally, working as a television news anchor for CBS affiliate WFSB-TV in Hartford, Connecticut, and then hosting The Gayle King Show, a live weekday television interview program on OWN: The Oprah Winfrey Network (which was also broadcast on XM Satellite Radio). These days, besides cohosting CBS This Morning, she is editor-at-large of O, The Oprah Magazine. Over the years, being a Solo Mom meant navigating questions of work/life balance, and King is characteristically direct when asked about this. As she told TIME magazine’s motto in early 2016, “I really love my children, and I really love my job.” She went on: “For working mothers who haven’t been able to let go of the guilt, I say: Relax and release. The most important thing is that your child knows you care about them.”

Kirby and Will are now grown, and King considers raising them—“two compassionate human beings,” as she described them to Vanity Fair—her greatest achievement. And she just likes being with them. As she said to US Magazine in 2012, “I’m happiest when I’m spending time with my son and daughter.”

In this clip, King answers five questions for USA Today.

Hall of Fame solo mom in the spotlight news TV