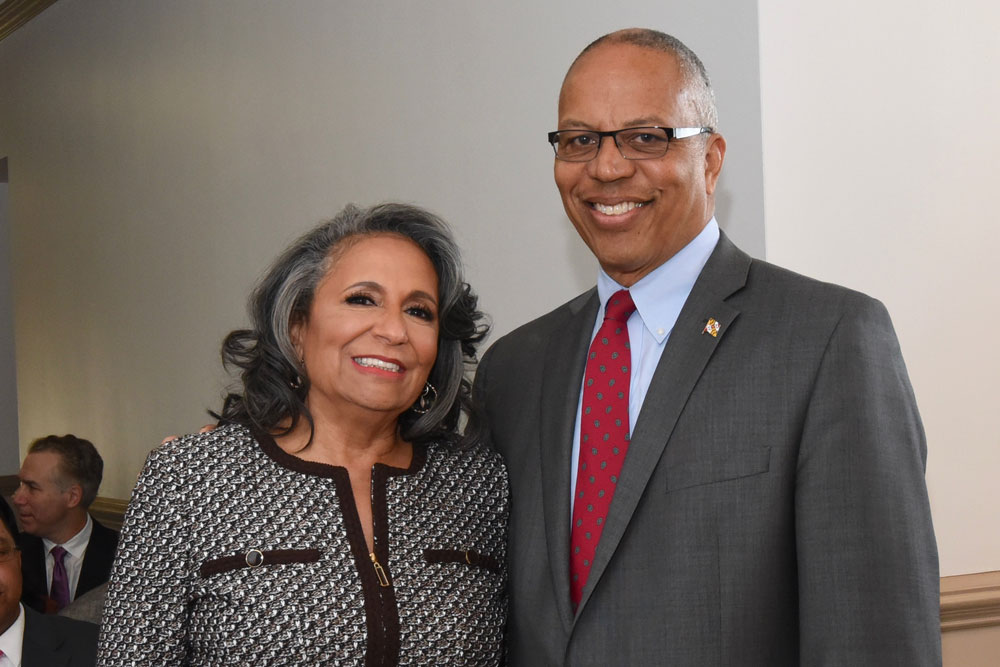 Pregnancy “was the beginning” for entrepreneur and radio/television personality Cathy Hughes. She was 16, and her mom kicked her out of the house, but as Hughes told the Huffington Post in 2012, she looked at the birth of her son, Alfred Liggins, as “an impetus to achieve.” As she shared, “[His birth] was the reason I took my life seriously for the first time as a teenager and made a promise to myself, my son, and God that he would not become a black statistic.”

Hughes kept her promise, during her two-year marriage to Alfred’s father and also after, when she got a divorce and began parenting as a Solo Mom. Liggins grew up to become her business partner; together, mother and son grew a media company, Radio One, that has become an urban radio market leader, with 53 stations in 16 markets embracing hip-hop, R&B, rap, gospel, and talk-radio formats. When the company went public in 1999, Hughes became the first African American woman to lead a publicly traded corporation. And both Hughes and her son have been named Entrepreneur of the Year by Ernst & Young. But it wasn’t always easy.

As a young Solo Mom, Hughes didn’t yet have her own business. She struggled to balance her roles at work and home, and eventually it was unreasonable demands at work that forced her to shape her own destiny. As she shared, “One day, [my son] had a fever and my employer said, ‘If you walk out that door, don’t come back.’ That’s when I decided I needed to be in control of my professional environment so I could be there for my child.”

Running a business and raising a child, it turned out, drew on some of the same skills. One of them was focus. “You have to keep your eye on the prize, whether that’s running a business or rearing a child,” she said. Another key skill was determination. When Hughes and second husband Dewey Hughes bought their own radio station in 1980, they were first rejected by 32 banks: every male loan officer said no. A Puerto Rican female loan officer said yes on the 33rd try, and the couple purchased WOL, a small Washington, DC, station. Radio One was born. Hughes and her husband split shortly after purchasing the station together, and Hughes bought her ex out, but the going was tough for a while. To make ends meet, the Solo Mom and her son gave up their apartment and moved into the station. “The radio station was a financial disaster for seven years,” she has said. “But I stayed focused on not losing my company, and that’s why I moved into the station and did whatever it took.” Alfred remained her priority, though: “I was willing to let everything go except my son and my business, in that order.”

Even loving concern could not sway her from her vision. “My mother begged me to get a government job, when I was sleeping in a sleeping bag in the radio station,” Hughes said in a Sophisticated Sunday profile for OnStage DC, an online entertainment publication. “She loved me. . . . She wanted me to have future security. But my future security depended on my current initiative.”

Her son shared her vision. Before Radio One was born, Liggins would accompany his mom when she worked at Howard University’s radio station as a station manager and on-air host. While Hughes helped promote the radio format known as the “Quiet Storm,” a late-night program of smooth jazz with an intimate, laid-back vibe, Liggins would do his homework and have meals at the station. Washington’s inner city was rife with crime and drugs, but Liggins dodged temptation, hewing to his Solo Mom’s work ethic and self-discipline.

And the two worked well together. Years later, it was Liggins who urged growth of the family business: as Hughes told the Huffington Post, “It was my son’s idea to diversify. When he got his MBA from Wharton, he said, ‘We’re not going to be a mom and son operation anymore. We’re going public.’” The purchase of additional radio stations over the years has made Radio One the nation’s largest radio broadcaster targeting African American and urban listeners. In 2004, Liggins expanded Radio One’s sphere of influence by launching TV One, a cable network for African American adults. Radio One currently reaches 82% of African Americans every week via radio, web, and television.

In 2016, Liggins celebrated his mom by making a multimillion-dollar gift to Howard University, where the School of Communications was subsequently renamed the Cathy Hughes School of Communications. As Howard University president Dr. Wayne A.I. Frederick said, “The Howard community is thrilled that Mr. Liggins has chosen to honor his mother in this manner for her pioneering work in the field of communications. The gift will have a transformational impact on the school’s commitment to serve the communications industry and as a high-level producer of diverse media specialists.”

Hughes continues to take pride in the business she and her son have built. As she said, “This all started from being a family, and even as a public corporation, we operate as a family business.”