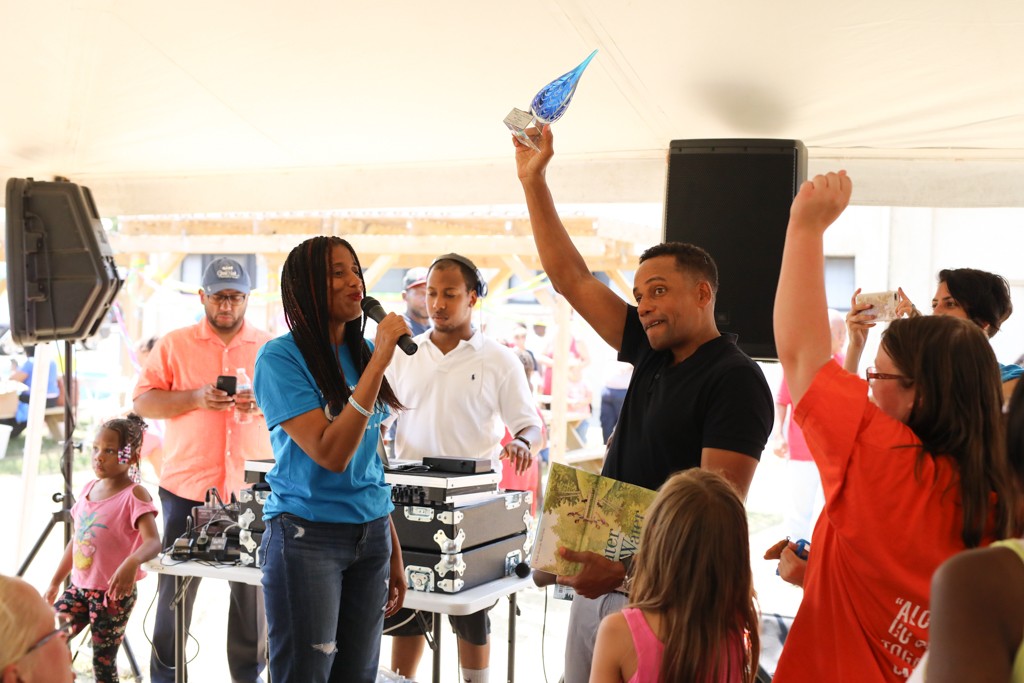 When news broke at the start of 2016 about the widespread contamination of the Flint, Michigan, water supply with toxic levels of lead, New York City–based marketing professional and parent Syrah Scott was inspired to do something on the ground to help that community.

Scott realized that the crisis in Flint would require emergency aid as well as long-term pipe replacement, educational programs, and legal support to help Flint residents establish more permanent solutions to their water crisis. She also realized that Flint was merely one critical manifestation of a systemic, national problem that would continue to worsen. That’s when she decided to form the National Clean Water Collective (NCWC), a grassroots nonprofit organization dedicated to educating and empowering communities in securing their right to clean water.

In less than two years, in partnership with numerous local and national organizations, businesses, and advocates, NCWC has hosted 10 community events and raised more than $200K for the people of Flint, providing resources including emergency supplies, financial and technical assistance, and educational programs. The NCWC’s last major event in Flint was a Back to School Carnival in August, cosponsored by actor Hill Harper, featuring the donation of 100 backpacks filled with school supplies to local children.

The ongoing problems in Flint illustrate major flaws in our national water system. Many American buildings constructed during the early 1900s receive their water through inexpensive lead pipes. Poorly treated, acidic water flowing through the pipes causes the lead to dissolve, negatively impacting the health of those who drink that water, particularly children under the age of five, for whom the effects can be irreversible. And like many problems related to systematic neglect, the demographics of the city of Flint (which has a black majority and higher-than-average poverty rate) demonstrate that those who suffer are predominantly people of color and the poor.

In early 2014, Flint started obtaining less expensive, untreated water from the Flint River instead of purchasing Lake Huron water from Detroit. Residents soon began to feel the ill effects from various contaminants in the discolored water, including iron, lead, and bacteria (the latter of which resulted in a deadly outbreak of Legionnaires’ disease), as well as excess levels of chlorine used to treat the bacteria. It took nearly two years for the city to admit what had transpired, but by then, significant damage to people’s health had already been done. To date, although some progress has been made, neither the city nor the state has taken full accountability for creating a comprehensive solution. Most recently, Tesla CEO Elon Musk stepped in to purchase water filtration systems for the entire Flint Community Schools district.

As the single mother of a teenage daughter, Scott deeply understands the need to protect our collective future by taking responsibility for the health and welfare of all our children. Her work with the NCWC is an inspiring example of how we can each make a difference if we are committed to working for justice on behalf of our communities.