Why I Don’t Wear Makeup and Heels 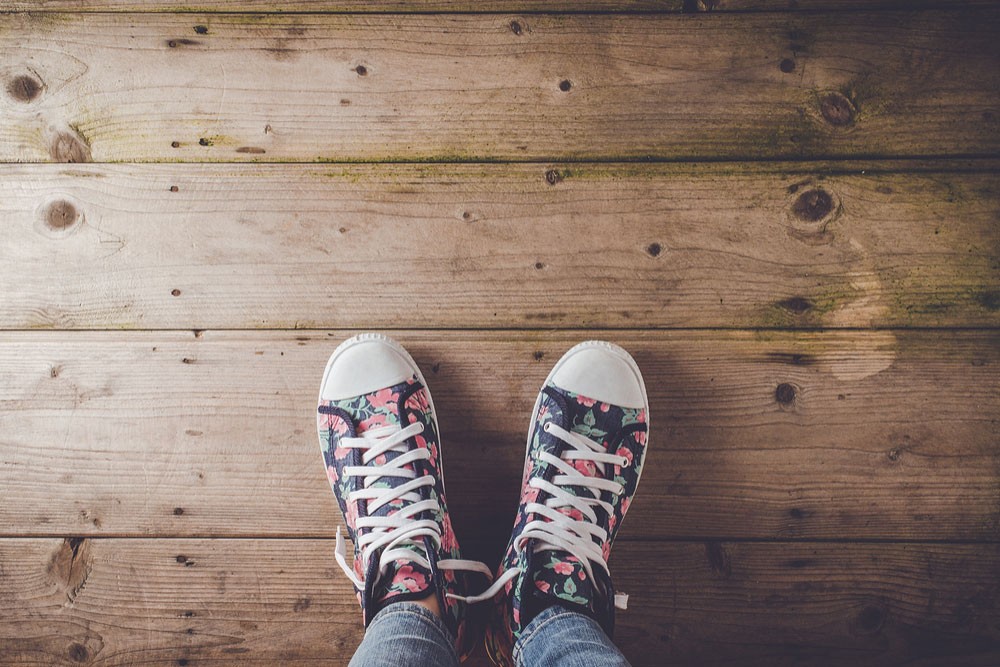 I barely have time for coffee; makeup doesn’t stand a chance

My morning routine is and always has been simple. When I was working out of the house, I would wake up, work out, shower, make coffee, get the kids, and out the door we went. No fuss, no blow-drying my hair, no makeup, and definitely no heels.

In fact, when someone asked me if I had a blow dryer, I had to seriously think for a few minutes as to whether I did and where it might be. The most time I’d spend on my personal appearance was my monthly pedicure.

I’ve read so many social media discussions that come back to the same reasons women should take pride in their appearance. They range from “because it sets a good example for our daughters” to “because we represent our spouses, partners, families, jobs, etc.”

I say there is one main reason to take pride in your appearance—you do it because you want to. Solo Mom Sa’iyda Shabazz talks about how she found her style after pregnancy and the toddler stage; she did it for herself, not for anyone else.

I was never a trendy dresser, never a thin girl growing up. I couldn’t just walk into a friend’s closet and come out with something that would look great. I still go through at least three variations of an outfit before deciding what to wear, and I spend a lot of time asking someone if I look OK.

I have an athletic build, and it’s nowhere near the typical body image that we see on television or in advertisements. I’m OK with it.

I’d much rather be wearing gym clothes and flip-flops than almost anything else. My hair is almost exclusively in a ponytail, and I may put on makeup twice a year—and that’s really only if I can remember where it is.

Although I agree that presenting my best self and representing my family and spouse are important, I don’t think I need makeup or high heels to do it. Those things have their appropriate place, but in my life, they are not for every day.

When I was working in an office that required business attire, I wore heels with skirts or dresses. It was the dress code, and it was appropriate. It was also uncomfortable and annoying and bad for my feet. But because that was the professional statement I was looking to make, I did it. (I still didn’t wear makeup, though.)

Formal events usually make wearing makeup mandatory. So on the handful of times I rent a formal gown or even a cocktail dress, I wear makeup. I scurry around the bathroom trying to find all the various pieces. I worry that the foundation won’t match my skin tone or that I won’t have eye shadow that matches or—horror of horrors—that my mascara dried up. But I put it on, I like the way it looks, and toward the end of the evening, I forget I have it on and rub my eyes, smearing everything. (And you’ll never see me wearing heels with a fancy dress.)

It’s not just me

Women around the world are making the decision to ditch the heels and toss their makeup. They’re basing it on their needs, their desires, and their situations.

One woman I know said she stopped wearing makeup a decade ago and doesn’t even own any; another, who works from home, can’t figure out why she should wear makeup; and the third woman and I have something in common—where I end up smearing my eye makeup because I’m not used to wearing it, she feels the need to scratch her face whenever she’s wearing makeup. Bottom line: it’s not worth it.

Wearing heels and being a Solo Mom also don’t mix well. I know a mom who said she was so klutzy before kids she can’t even imagine wearing them now with twin preschoolers. I remember one winter when my husband was gone for work and I was trudging up the icy steps holding the hand of a four-year-old and carrying a two-year-old, in heels.

Another woman I know says, “I’m too lazy for makeup, and heels are uncomfortable.” That sums up my thoughts on the matter quite perfectly.

So why is it a big deal?

It’s not. We are our own harshest critics. Seriously. No one looks at us as closely as we look at ourselves. We see every blemish, every flaw, and what do others see?

They see our confidence. They listen to our words. They see us having fun.

They see our beautiful smile and don’t think about whether we’re wearing lipstick.

They see our eyes tear up with joy and don’t give a second thought to the mascara.

They see us twirling in our new sundress and don’t think about the heels we’re not wearing.

We are beautiful, inside and out, and we don’t need makeup or high heels to make us that way.