Lessons from My Solo Grandmother 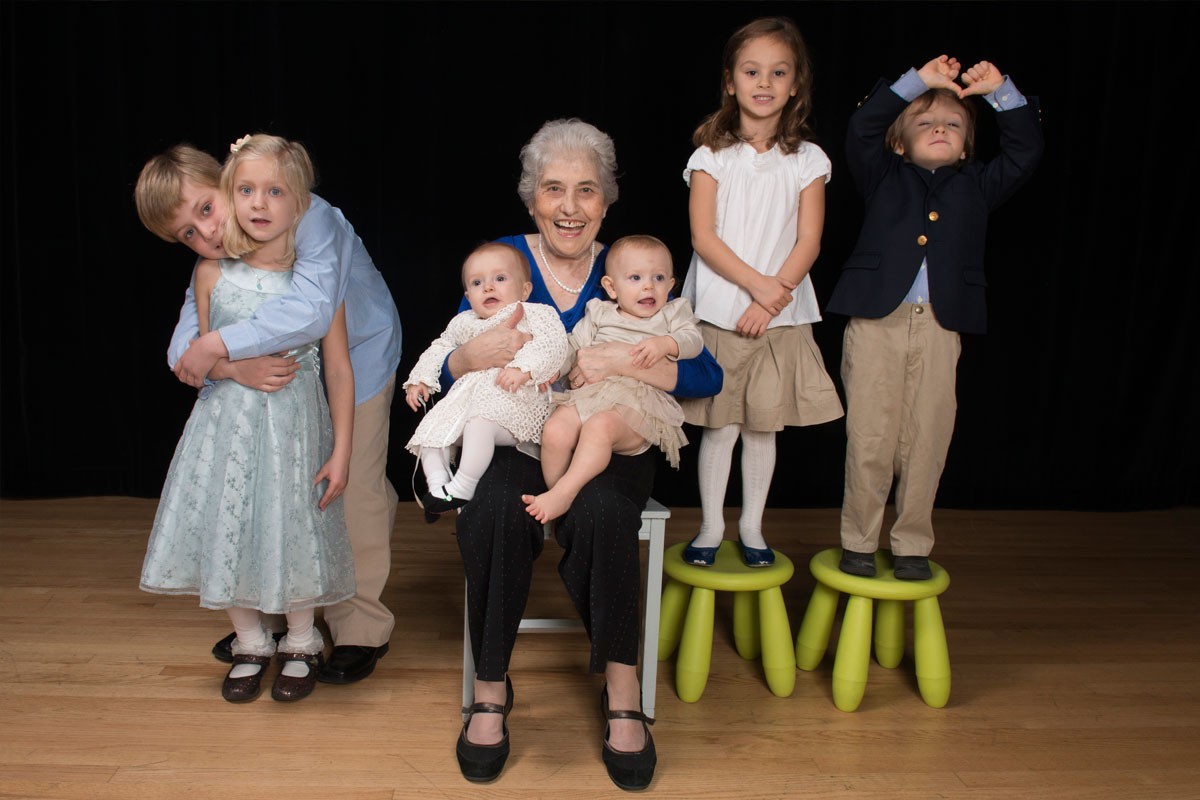 The fate of her family depended on moving forward alone

For years I thought Humphrey Bogart was my grandfather. I believed this for so long that, even today, when I see a photo of Bogie, I still feel a sense of warm familiarity, as if we were, in fact, related. My reasoning was simple. Hanging on my grandmother’s bedroom wall, in just the place a portrait of a dead husband would be, hung a large painting of Bogart with a cigarette dangling between his lips. I didn’t know my grandfather and had never heard anything about him, so I figured this was him and he was dead. Empty spaces demand to be filled, especially in the minds of children. As it turns out, I was wrong on both counts.

When I found out Bogie wasn’t my grandpa, I asked my grandmother about her former husband. I hesitate to call him her “ex” because they were never officially divorced, and he wasn’t her “first” because there was never another. He’s dead now, so technically she’s widowed, but they’d been separated for almost 30 years at the time of his death (when I was a teenager). Whenever I ask about their separation, even today, what I usually hear is some variation of, “It’s a long story,” or “I’ll tell you when you’re older.”

I know he was handsome, charming, and chronically unemployed. He was a womanizer and a mama’s boy. He was the life of the party and the love of my grandmother’s life. I know that he was capable of cruelty. Five decades after she left him, she still finds it hard to forgive him for the hardship and heartbreak he caused her.

The one story I’ve heard over and over again is how my grandfather ripped all her photos to pieces. This doesn’t sound so devastating from a modern perspective, in which images or pieces of information are never truly lost, living as they do in a cloud. But in 1961, for a woman who’d left her home, her country, and all her family to follow a charismatic, unreliable man across the ocean, and whose only ties to the things she held most dear were in those photos, it was a heartrending and irrevocable act of destruction. When her great-grandchildren ask to see pictures of her beloved father or sister, or my grandmother herself as a child, there is nothing to show them now, 50 years later. It’s an emptiness that still aches.

Besides a handful of stories like that, my grandfather is a blur. The figure who is not a blur, though, is my grandmother.

At 27, she immigrated to Steubenville, Ohio, from Italy at the behest of her husband, who’d arranged everything. She and her two daughters, ages 10 and eight, wept bitterly as they said good-bye to a home they loved and stepped onto the boat that would deposit them, eight days later, in America. None of them spoke a word of English. My grandmother didn’t even have a high school diploma. Her youngest daughter, my mother, had epileptic seizures on a daily basis. When they arrived at the port, my grandfather was late to pick them up—really late. So they sat for hours, hungry, confused, lice-ridden, and frightened, watching the other passengers happily reuniting with their families.

My grandmother came to America for her husband, but a few years later, when he tired of his job in a steel mill and decided to move back to Italy, she stayed. She missed her family and her country, but she knew that to return to Italy would keep her and her girls tied to him, the rock that perpetually dragged them down. So he moved back to Italy and she moved forward, taking her girls to New York City, a place where anything seemed possible.

After 12 years of marriage, my grandmother realized that the fate of her family depended on cutting her husband out of the picture. That was one picture she would have to tear herself.

Speaking broken English, my grandmother worked three jobs—preparing food in a hotel pantry, cleaning houses, and tailoring. She likes to tell me they were poor but never wanted for anything. She’d hand sew the bell-bottoms and halter tops her girls wanted but couldn’t afford to buy.

She found a support network, mostly other immigrants, who served as a Solo Mom life raft. One year at Christmastime, those friends noticed she was sad and homesick, so they sneaked into her apartment when she was working, bearing a tree, gifts, and dinner, bringing more holiday spirit than Santa Claus. Years later, when my mother got married, she didn’t reach out to her father in Italy (whom she hadn’t seen in years) but asked a surrogate father, a friend of the family, to walk her down the aisle.

My grandmother still lives in New York, only now her family has grown. In addition to her two daughters, she has five grandkids and seven great-grandkids—all of us living in the city that was a beacon to her so many years ago. Through her stories and by her example, she’s handed down so many lessons about life, love, and motherhood.

My grandmother is indefatigable. She’s rich in faith and not prone to self-pity. I am perpetually amazed by her openness. Even at 85, she aspires to improve her parenting and great-grandparenting skills. She calls me to tell me she saw something on Supernanny that I should try with my youngest, or she urges me to check my son’s Instagram feed because she’s heard that cyberbullying is nothing to trifle with.

It’s her adaptability, resilience, and willingness to keep learning that has enabled her to thrive through all the tribulations, and that’s what I try to emulate as I blaze my own path forward as a parent with my own particular set of challenges and limitations.

Nicole C. Kear, is the author of Now I See You: A Memoir, recently published by St. Martin’s Press. Kear, who lives in New York City, is also an editor, speaker, and mother of three.