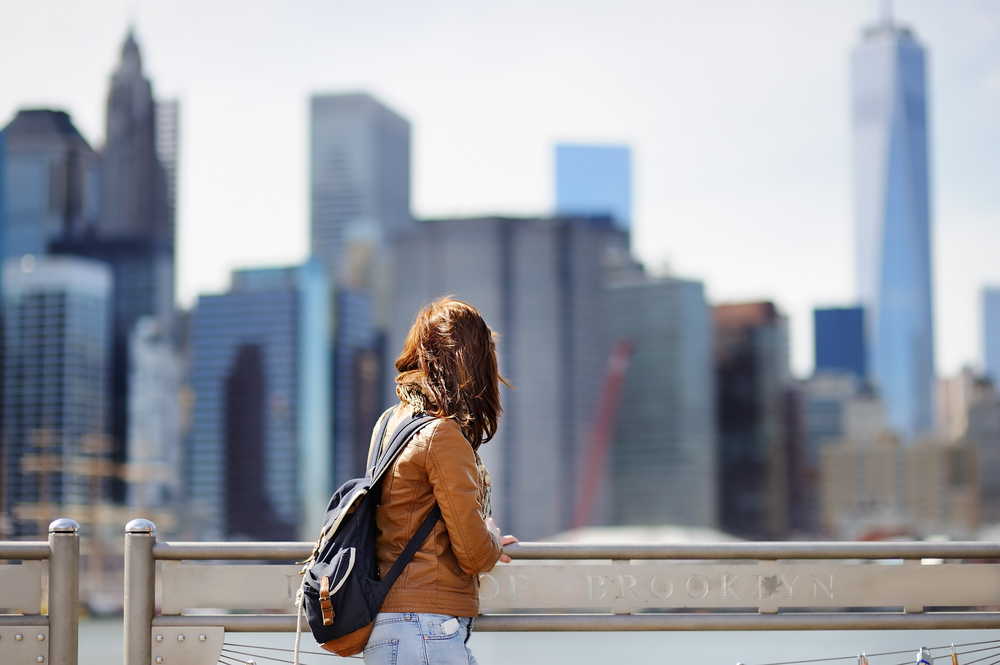 After a childhood rape, a trip to New York City reveals a Solo Mom’s strength and resilience

We don’t have kids to heal old wounds; yet sometimes, unexpectedly, mothering our kids fiercely and teaching them to be powerful leads us to a long-awaited triumph.

When I was 12, my mother remarried. She had been parenting alone since my father left when I was seven, and she did not like being single. My father remarried the year before, and she was determined to do the same. She was married within three months of meeting my stepfather.

The summer they were married, we took a trip to the Hudson Valley where “Daddy Bill” grew up, about a four-hour drive from our home in Syracuse, New York. It was to be a magical vacation—a honeymoon for the new family to celebrate the Fourth of July. The second day we were there, my new stepfather took me to a deserted farm in the blistering heat. Holding me by the wrist, my arm twisted behind my back, he raped me face down on the hot plastic seat of the car. When we returned, my mother took one look at me and knew. Instead of helping me, she had what I now know was a psychotic break. She insisted we leave immediately. I was not allowed the time to shower.

Instead of heading home, my stepfather went in entirely the wrong direction, hours out of our way, and headed through the Lincoln Tunnel into New York City. In Manhattan—the Manhattan of the 1970s, crowded with drug dealers and storefront peep shows—my mother got out of the car and ran screaming down the street, wearing no shoes, her hair sticking out in every direction. I ran after her. Eventually, she ran into a stairwell. I stood in the laughing, jeering crowd, the dirty, barefoot daughter the crazy woman ignored. A beautiful young woman with red hair sat with my mother, speaking softly. She held my mother’s hand and helped her back to the car and under a blanket in the back seat with my little sister. I sat with my stepfather up front, reading maps and changing radio stations. Sticky-hot and terrified, I began hallucinating near dawn from exhaustion. The four-hour trip took 11 hours.

I didn’t let what happened destroy me. In my 20s, I helped develop training for a new rape-crisis peer program on my college campus and began a career in the domestic- and sexual-assault movement. I joined a support group, went to therapy at a local rape-crisis center, spoke at Take Back the Night rallies, and became active in changing the laws so survivors of childhood sexual abuse could bring civil lawsuits against their abusers. I healed, but one thing stayed with me: my body held tight to the trigger of his handprint on my wrist.

Recently, I returned to therapy and began again a journey to remove the imprint of his abuse from my body. For the Fourth of July, I got a tattoo on my wrist of a triskele, a symbol of female power, to reclaim my wrist as my own.

This summer my kids and I took a road trip to New York to visit my mother, who is now in the late stages of dementia and living in a nursing home. I’m a Solo Mom to a beautiful 14-year-old boy and 13-year-old girl. They are amazing kids—funny, bold, athletic, and secure in who they are. Knowing that we were going to be in New York, my kids each asked me to add something special to the vacation especially for them. My daughter wanted to visit the farm of a friend of mine in the Hudson Valley to spend time with the chickens and goats. My son had been asking to go to New York City since he was a preschooler, when his favorite “show” was Simon and Garfunkel’s concert in Central Park. My ex had been promising him that trip for as long as he could remember, but it had never happened. Of all the things they could have asked for, visiting these two places was my greatest fear. I had spent the past 40 years avoiding exactly the trip they were requesting. I needed to decide if now I was strong enough to do it.

After visiting my mother, we headed to my friend’s beautiful farm in Hudson Valley, a picturesque cottage by the river with a view of the sunset over the mountains and, of course, goats and chickens. Each day my daughter rose early to spread hay, feed the animals, and collect eggs. My son, a city person, even did a farm chore or two. I relaxed and breathed deeply, enjoying swims in the river, picking peaches, and taking walks with my friend. I was doing this trip on my terms, doing it for my children but also doing it for myself.

The day after we arrived, my kids and I did a ropes course in the nearby mountains. With my children leading the way, we encouraged one another to meet the next seemingly impossible challenge, celebrating each victory. They showed both leadership and empathy as they gave me advice and checked to see if I was falling behind. (I wasn’t.) We walked tightropes 30 feet in the air, traversed wooden planks hanging from ropes that swung when you stepped on them, and climbed shaky ladders. As I ziplined down the ski slope, riding side-by-side with my daughter and my son in the lead, I felt as if together, my kids and I could do anything. We were elated and exhausted, and completely taken with our bravery.

The next day: New York City. My son wanted to see Times Square, Ground Zero, and the Statue of Liberty, and he really wanted to go to this one store in the city that would make all his friends envious. With my friend as our guide, we took a day trip by train and hit the sites. I was a happy tourist until it was time to go to Ground Zero. Suddenly, I felt panic, afraid the losses and pain experienced on that site would open up a groundswell of my own pain that I could not contain. I didn’t want to feel the memories in my wrist or remember the terror and shame I experienced on these same streets. I didn’t want my children to see me fall apart, as I had seen my own mother do here. My son, by my side, knew. He looked me in the eyes and told me it was OK not to go if it was too hard for me. At that moment, I thought, This is the boy I am raising. I have taught him compassion. I was anxious but no longer panicked. Our friend told us of someone she knew who was lost on 9/11, a name she had never been able to find on the monument. We walked right up and found the name. I shed tears for where we were, but not one of the old memories returned.

My stepfather no longer controls me. No longer does his hand grasp my wrist. No longer does my fear dictate where I go or what I do. I am not that little girl he hurt anymore, but she is part of me and my story. Now I am a fierce Solo Mom who makes choices that empower me and my children. I have added a new chapter, and I have given my children a completely different story. By knowing I was hurt (in an age-appropriate way they can understand) yet willing to face fears I had carried for close to 40 years, my children are learning it’s OK to be afraid and courage is facing that fear. Fear does not destroy us. By seeing my success, my complete joy in being in control of my own body and my own choices, my children are learning that they can overcome whatever life gives them. They saw me take these steps for them, as well as for myself. Together, as a family, we triumphed.

Do you have a story of overcoming fear or rising to a challenge? We’d love you to share it with us in Perspectives.

Joy Wright is a social- and economic-justice activist, storyteller, poet, an on-and-off band member, and a single queer Mom to two beautiful, budding teenagers. She works in the domestic- and sexual-violence movement as a fundraiser by day, and spends her weekends driving around Chicagoland not so cleverly disguised as a soccer mom. You can read her essays on dating after divorce at Rebellious Magazine.