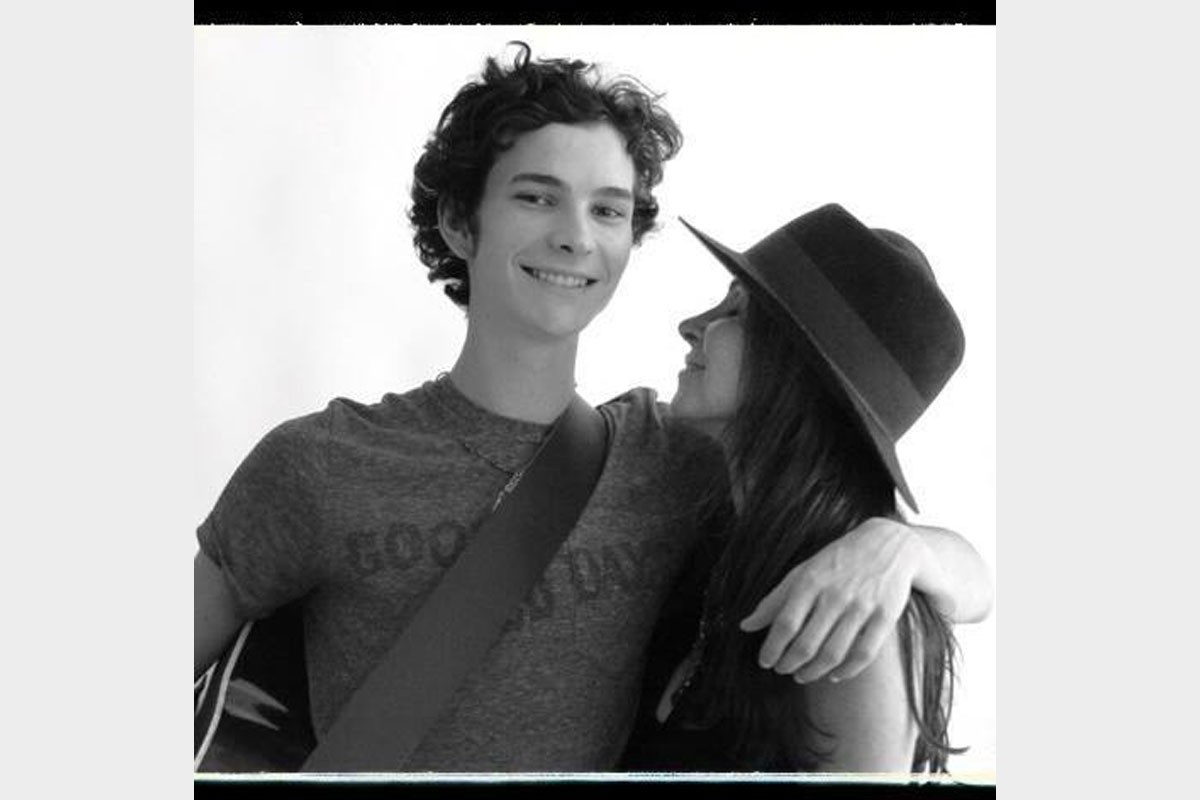 Becoming a community builder while mourning the death of her spouse

Second-generation Angeleno Susan Hayden has been a fixture in Los Angeles’s literary community for more than 25 years as a playwright, novelist, poet, and essayist, with recent works exploring identity, belonging, and the search for home and life after loss. For Hayden, this loss occurred in 2008 with the sudden death of her husband and creative partner, actor Christopher Allport. “I have raised my son, Mason (now 20), as an only parent since he was 11.”

Since then, the focus of Hayden’s life and writing has been on finding purpose and renewal. This search led Hayden to create Library Girl, a live, mixed-genre literary series featuring poets, playwrights, novelists, essayists, and singer-songwriters all performing original work based on a monthly theme—usually a song lyric or title. “I created the show to reconnect with my community and find meaning in my life again.”

Now in its eighth year, Hayden continues to produce, curate, and fund Library Girl, donating the proceeds to help sustain the Ruskin Group Theatre, an equity waiver house in Santa Monica, California. She is happy to have the ability to support the independent presses of LA by featuring their writers in the production.

Last year, Hayden was honored with the Bruria Finkel/Artist in the Community Award from the Santa Monica Arts Commission for her “significant contributions to the energetic discourse within Santa Monica’s arts community.”

Regarding Hayden, singer-songwriter and poet Dave Alvin eloquently states, “You’re the Muse of Los Angeles. You make this city more livable. You and your artistic vision and passion are one of the few remaining amazing, transcendent reasons to return to Los Angeles. That and the weather.”

Q: When you met your late husband, he already had a 10-year-old son. How was that?

A: At 10 years old, my future stepson hadn’t had a lot of time to process the dissolution of his parents’ marriage, even though it happened before Chris and I met. I was the natural scapegoat. We’ve come a long way since then. He’s now 37, happily married, and the father of two beautiful sons. He’s an amazing man. I feel like he was able to see me more clearly after the loss of his father. He was able to acknowledge and recognize the love his dad and I shared.

Q: With your son, Mason, a freshman at college (studying music at the University of Southern California), do you feel the empty nest?

A: There is a deafening silence around here and sometimes a lack of purpose. But the imagined empty nest is worse than the reality. I discovered if my son is thriving, I have no right not to be. Yet I still miss how he always filled the house with his music.

Q: Your husband passed when Mason was only 11. How were you able to manage your grief?

A: I definitely put my son’s grief before mine and was in survival mode for several years. I did all kinds of things in an attempt to recover but ultimately ended up having what’s called “complicated grief.” I felt the depths of my sadness every day, but my healing was on some sort of delay.

Q: Do you think being creative helped you process this grief?

A: Without a doubt. I found solace in playwriting, where I could play all the parts and control the outcome. There’s this show at the Ruskin Group Theatre called Café Plays; you write a play in the morning, and they stage it at night. I did that a few times, and it was extremely helpful. And I wrote several poems. Reading my work in public was a bridge to connect with others and communicate what I was going through. It turned my inner monologue into an outer dialogue. Soon I created my own show, Library Girl, and became a community builder of sorts.

Q: How did Mason grieve?

A: Mason and I attended grief support groups at Our House in West LA. It was the beginning of our healing. Interacting with others who’d been through similar losses made us feel less alone. Mason went straight to his music. His father was also a singer-songwriter and taught Mason his first guitar chords. Mason started exploring songwriting, and the songs that came out of that period turned into his first CD, Absentee [by Mason Summit].

Q: I’ve heard you use the term “only parent.” What does that mean to you?

A: My husband and I shared parenting. When he died, there was no one to fall back on. A lot of my divorced mom friends, though doing most of the work, still had the presence—or the illusion of the presence—of a father for their child. Mason and I went from being a trio to being a duo. It was nonnegotiable and finite.

Q: How did you provide male role models for your son?

A: I created what I called a “Committee of Men.” Ironically, they weren’t the ones I’d expected to come forward after Chris’s death, like his best friends or family members, who were nowhere to be found. Rather, they were men I’d hired—the guitar teacher, the rabbi, the therapist, the young man who took Mason on hikes. Each one was a blessing in his own way.

Q: When your husband passed, did you feel a shift in your community?

A: That would be an understatement! They say that in grief you “get a new address book.” When Chris died, every relationship changed. There were people who came forward like angels, but only for a short time. There were people who I thought were my closest friends who fled the scene. It takes patience, generosity, and courage to stay close to someone who is suffering from a major loss. There’s a lot of chaos. When someone is grieving, they need others to just show up and hold the space. They need warmth, strength, and presence. But for many people on the other end, it’s impossible to give after a certain point. You find out who your true friends are.

Q: Did being an only parent affect your career?

A: I am grateful that I didn’t have to work outside the home while raising Mason. As I realized the preciousness of time from losing love so unexpectedly, I became more motivated to create a more creative and meaningful life.

Q: As a single mom, what are you most proud of about yourself?

A: Before Chris died, I’d always been in a relationship; I didn’t know who I was without a man reflecting back at me. When my husband was suddenly gone forever, I was afraid of my freedom, that I was the only one making the choices for our family. I’d never allowed myself to have that much power. I am proud I now know I can run my own life, be happy, and feel safe and solid on my own. I’ve often said that if Chris came back, I would be unrecognizable to him.

A: Keeping Yummy.com on speed-dial. They don’t close until midnight; they open in the morning at 8:00 a.m. They deliver coffee, bagels, sandwiches, soup, toilet paper, and laundry detergent. I’m the queen of takeout and delivery.