No More Lies: Marriage Equality and the Military 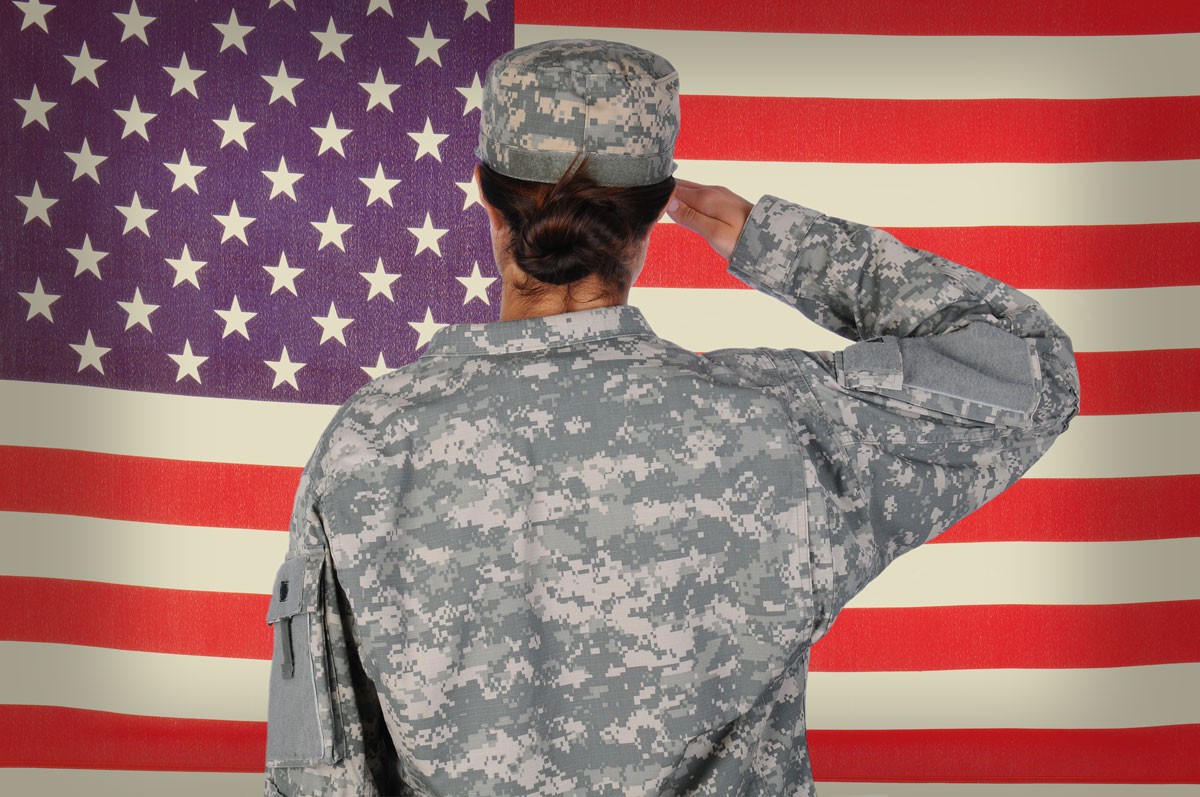 Ashley Broadway-Mack’s life looks much different now than it did a few years ago. For much of the 18 years she’s been in a relationship with her wife, Heather, they’ve have had to keep secrets and tell lies.

As an active-duty army officer, Heather was prevented by the “don’t ask, don’t tell” (DADT) policy from even acknowledging that she was in a same-sex relationship for most of her career. That meant that Ashley couldn’t stand beside Heather at promotion ceremonies or even attend most military functions. It meant that Ashley couldn’t receive the same benefits, like health insurance, that other military spouses receive.

It meant that when Heather was deployed or away for training and Ashley was the Solo Mom, she often had to pretend to be her own son’s nanny.

DADT ended in 2011, radically changing life for Ashley, Heather, and thousands of other same-sex military couples. Earlier this year, their rights were further expanded when the United States Supreme Court ruled that all states must recognize same-sex marriages. Now, in addition to being able to openly acknowledge their relationships, married same-sex military couples can serve without worrying that they’ll be forced to move to a state that doesn’t recognize their marriage.

“Being able to have our marriage recognized, to be the legal parents of our children, it’s a huge sense of relief. I don’t worry anymore about what if something happens to Heather, will I be legally protected,” said Ashley.

Ashley, who is the president of the American Military Partner Association (AMPA), an organization with over 40,000 members that supports and advocates for same-sex military couples, said that before the legal changes, she and the families she works with had to go to great lengths to protect themselves. For Ashley, those lengths meant avoiding military life as much as possible.

“I would drive 20 minutes out of my way to another town just so I could say, ‘This is my son’ in Target without worrying,” Ashley said.

Additionally, it meant that all of the normal military spouse “what ifs” were amplified.

Their home, their belongings, their savings—everything was in Heather’s name because Heather was the servicemember. If Heather was killed, would Ashley even be allowed to keep her own things?

“We spent a ton of money and went to great lengths to get the legal documents in place to protect us—but nothing is ironclad,” Ashley said.

Their secret—that she and Heather were in a committed same-sex relationship—controlled nearly every aspect of their lives together, including how Ashley handled solo parenting. Before DADT was lifted, Ashley had to pretend to be a relative or a nanny when she took Carson to see a pediatrician in the army clinic. When Heather was home, she would typically handle those appointments so that Ashley wouldn’t have to worry about her body language or words giving them away. But when Heather was gone, Ashley had no choice but to risk exposing their relationship.

Ashley had to carry a binder of legal documents with her just to be allowed to check Carson in for an appointment. She had to have a special guest pass and have her car searched just to drive onto the army post in order reach the clinic. Even something as simple as buying groceries was made more difficult when Heather was away because Ashley did not have a military ID that would allow her to shop in the commissary, the military grocery store. Ashley lived in fear all the time that something she or Carson said or did would give them all away.

“I didn’t even want to talk to the doctor because I was so afraid. I felt like I couldn’t be in on my son’s health discussions. We had to watch the pronouns. I couldn’t say ‘my son’ in public,” Ashley said. “Once Carson was born, we started to realize, Wow, not only are we having to live this lie—now we have a child involved in this.”

Ashley said that planning to coach Carson to keep up the lie began to really gnaw at her and Heather. “It went against our morals and principles,” Ashley said. “We’re both devout Christians. We wanted to raise our son with principles and morals and good character. We didn’t know how much longer we could keep it up.”

As it turned out, Heather and Ashley didn’t even get to celebrate the repeal of DADT together. Heather deployed just one day before the repeal in September 2011. Even though Ashley no longer had to be in hiding, with Heather not home to sort through all the necessary paperwork, Ashley was still only her son’s caregiver, not his mother, as far as the army was concerned.

“I still had issues with his medical appointments, his day care, being harassed when I tried to use the commissary and, though I called many times and asked to be included, the Family Readiness Group still wouldn’t notify me of events,” Ashley said. “Basically, I didn’t have the support other spouses have during a deployment.”

A lot has happened in the five-and-a-half years since Carson was born. DADT was lifted. Same-sex marriage became the law in every state. Ashley and Heather, after almost two decades together—and a lifetime’s worth of struggles—were finally able to be legally married. And a beautiful girl named Carley became Carson’s little sister.

The fight isn’t totally over, though, and Ashley acknowledges there are still areas of the law that need to be fixed in order to protect the rights of same-sex couples.

“Some individual states still have laws that are not LGBT friendly—like laws related to second-parent adoptions, job protections, and housing. With AMPA we’re working with states to try and promote military families—all military families—in a positive sense.”

Ashley thinks the real push to end DADT came when Americans began to realize that this discrimination was happening to people who were volunteering to serve the country during wartime. She said mainstream America didn’t like hearing that servicemembers were being treated that way. That response from the rest of the country affirmed for Ashley and Heather the decision they both had made to serve and sacrifice.

“If you don’t agree with same-sex marriage, Heather and I will be the first ones to defend your right to say and believe that,” Ashley said. “All we ever wanted was for our marriage, and the marriages of others like us, to be recognized. We wanted our children to have what other children have, that their actual parents would also be their legal parents.”

ESME connects and supports both LGBTQ and Military Solo Moms. Become a Sister and join our diverse and confidential community.