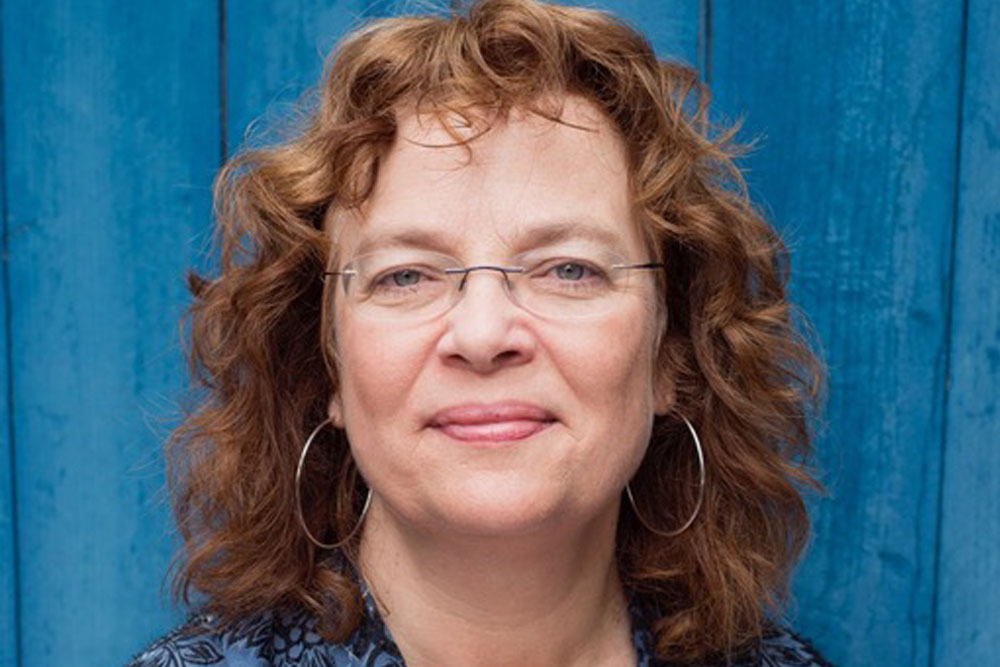 June Stoddard is a multitasker and the quintessential Renaissance woman.

Born in Milwaukee, upon receiving bachelor’s degrees in English and theater from the University of Wisconsin, she headed to San Francisco’s American Conservatory Theater to study acting. After performing in regional theater and off-Broadway productions, Stoddard moved to LA to do television, where she met her screenwriter husband, David Chappe.

Sadly, her husband died in May 2002 from a rare cancer. Their twin daughters were only eight. From that moment on, Stoddard parented solo, with both girls ultimately graduating from Bard College. Daughter Chloe is now a chef and food writer, and Jessica is a professional photographer.

Stoddard is the founder and president of JS Executive Search, a website specializing in executive search consulting. She describes herself as a “private-eye corporate matchmaker” who finds critical, hard-to-find hires.

She is also a nonprofit fundraising guru, an activist, and a film producer. Oh, and her mom is over 100 so she calls her every night; her father died cutting down a tree; and in 2003 she was hit by a car, broke her leg, and then decided to focus on taking care of her girls.

Q: What exactly is your career?

A: It’s said we live so long now that we will have many careers in our lifetime: For 20 years, I was an actress. My biggest claim to fame was as Julia in Orwell’s 1984 at the Kennedy Center in 1986. I have decades of experience in executive search and enjoy the challenge of finding the perfect fit for my corporate clients or helping candidate clients strategize their search efforts. For eight years I’ve been a nonprofit fundraising consultant and helped raise money for Santa Monica High School Orchestras, Vidiots Foundation, C5LA Youth Foundation, Rabbit Hole Screenings, and more to come.

Activism is in my blood, going door to door from an early age. I was raised Democrat. Since the election, I’ve been in the streets marching, and I’m a poll inspector on election days. I got tired of complaining about the polls! I’m an administrator over Binder Full of Women, a Facebook group of red- and blue-state women (and men) who got together after the last Obama election. Many liberals in red states love being there for support.

I also produced the film version of my boyfriend’s one-man show about Thomas Paine, To Begin the World Over Again: The Life of Thomas Paine (available on Amazon).

Q: Did one thing lead to another?

A: When I was an actress, I needed a support job. A friend hired me to do research for an executive search business. It was before the Internet, so the only place to find people to recruit was in books at the library. I did this for three years and then moved to LA. When my daughters were two, I was mentored into completing full searches and started my business on a shoestring. My husband called me the “Miracle of Santa Monica.”

The nonprofit work began when my daughters were in Santa Monica public schools. I started in their elementary school with the wrapping-paper drives. By the time they were in high school, I was doing online auctions for school orchestras. I was off and running. So far, I’ve raised around $400K for nonprofits—a big step up from wrapping paper!

A: In February 1998, my husband started having urinary pain. At the time, I was working, and he was home with the twins. By July Fourth, he was diagnosed with a rare cancer. He saw a surgeon at UCLA who scared the shit out of us—telling my 50-year-old macho Scorpio man the statistical chances he could end up incontinent and impotent. No bedside manner, the surgeon just gave us cold, hard, scary facts. So we reached out to a cancer-survivor friend and started a summer of alternative treatments. David almost died, but finally, in October 1998, his stage-four angiosarcoma was removed and a neobladder was created out of his intestine—it was incredible, lifesaving surgery.

He recovered fully with no side effects, wrote two novels, revisited Chopin after not playing for 35 years, created a portfolio of photographs catching moments of our daughters’ lives, cooked up a storm of Italian and Spanish meals, and wrote two more screenplays.

He was the most delightful companion—insightful, brilliant—and never wasted a minute of his life.

The cancer returned, and in 2002 after months of pain, kidney stones, chemo, and radiation, the cancer spread to his lungs. He died May 13, the day after Mother’s Day. It was my worst fear. I’d been in denial up until that day.

Q: How did you manage your grief while managing grieving children?

A: I brought my daughters to the hospital when they told me he would die. I wanted them to see him one last time. I wanted it to be real. It was very difficult. Friends and family surrounded us. The day after he died, the school social worker connected me to an organization called the OUR HOUSE Grief Support Center. A month later, we were in support groups.

The school held a candlelight vigil for him. Students and families came. A small garden plot was chosen and a tree planted with memories and wishes written to David. The school social worker had sessions with my daughters and their friends. It upset them when kids said things like, “I know how you feel. My hamster died.” But the social worker had them draw and use Play-Doh to express and work through their feelings.

His funeral was two days later. My daughters left the service. It was too much for them. I cried through my written statement, mainly because my mother was there and I wanted her to know I’d be OK.

The Sunday after, there was a celebration of his life at a friend’s home, catered by his favorite Italian restaurant. All I can remember about that day was how sunny and bright and full of love the gathering was.

After my husband passed, I have no idea how long my daughters and I shared my bed. They cuddled and tried to make me happy. Chloe would pretend to turn the channel on my chest from crying to the Beach Boys and did cartwheels. Jessica sang and made up songs. Both created art and missed their dad.


Q: When you became a single mom, did it impact your community?

A: My husband was nine years older and always the life of the party. I was his third wife, so he had friends who didn’t know me well and didn’t know how to deal with my grief. We do have a chosen family of dear friends in LA. Since 1988, we’ve met monthly. That writers’ group, the people who remember the day I met my husband, have been there for us from day one. They are our rock.

Q: How did you manage after he passed?

A: At the time of his death, we’d hit rock bottom financially. I’d entered into debt consolidation. Our debts were reduced, and his were written off. Refinancing allowed us to stay in our home. I was lucky enough to have a financial adviser who helped us invest the life insurance wisely. At that point I had no nanny, but my brother-in-law called me weekly, my husband’s best friend regularly checked in, and our families were there for us and helped any way they could.

A: My husband had done all the cooking. All of a sudden I was the cook again and not as confident as before. I made lamb in a clay pot. It was a horrible waste of lamb!

A: About a month after my husband died, a job I’d interviewed for some months prior finally came through. I didn’t take it. There was no way I could have done it. I couldn’t concentrate or think. But then I started writing and was published in some local papers. I converted to Judaism and started enjoying my time after my daughters’ bat mitzvah. Ultimately, I went back to head-hunting so that I’d have money to keep having fun. I joined a number of networking groups. One has become a professional family to me—and I’m surrounded by smart, charming men like my husband.

Q: Of what about yourself are you the most proud as a single mom?

A: How strong I am. I always thought having my worst fear come to pass would make me lose my mind. Instead, it made me stronger.

A: I couldn’t count the number of peanut-butter-and-jelly sandwiches I made. My daughters ate them from kindergarten to eighth grade.

If you are a Solo Mom who’s lost a loved one, you may want to check out our closed Facebook group ESME Bereavement for support and connection.