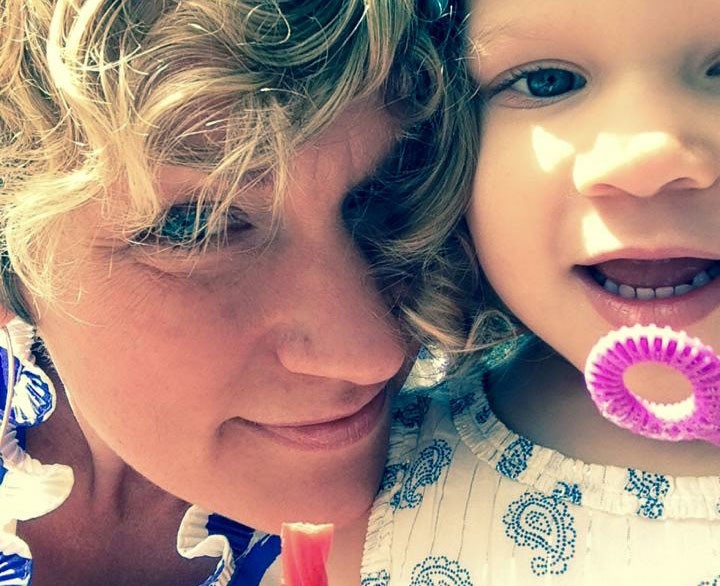 Based in Cape Elizabeth, Maine, Megan Jo Wilson is a Jack(ie) of many trades, with several creative and purposeful jobs. Her primary role is that of a life coach, where she aids clients in discovering what it is they really want from life and guides them to find and live out their version of success. Her mantra is, “You have important gifts to offer, and you know it. Your world needs you, and you know it. Now let’s make it real.”

Wilson’s rich and meaningful life is punctuated by a fulfilling career in music, with the cherry on top of her sundae being her two-and-a-half-year-old daughter, Issa. And though she is a Solo Mom, she is the first person to insist she doesn’t feel like one.

Q: What is your situation with Issa’s dad?

A: Her dad lives in Portland, which is very close. We’d been together off and on for five or six years. [We] always loved each other, still do, [but] just couldn’t find a way to live harmoniously together. We broke up when Issa was about one. Now we coparent. I also have a boyfriend who doesn’t live with me or help with my bills, but he has two kids of his own and is incredibly supportive and really good with my daughter.

Q: This is a great example of how solo parenting can work.

A: Breaking up with my ex was not easy but also was not acrimonious. We were seeing a coach together. We are both members of the same church and talked to our pastor about it. We talked to each other about it. It was a long and careful process—a huge decision, and one that I wanted to be able to make knowing I tried everything to make it work.

Q: How did you manage in the beginning?

A: When my ex and I were still together and I went back to work, he was the primary caretaker. For the first year or so, he watched Issa during the day, then he would do massage therapy at night after I got home from work. We barely saw each other. These days, we share custody. . . . He’s an artist and has rehearsals as well. When I have her and need to work, she is at day care. Plus my mom is a huge part of our life. This is why I don’t feel single.

A: Of course. The other piece being I’m a songwriter. This was most impacted by my having a child. I took three months for maternity leave, and I was in several different bands at that point. I had to wind down all the bands in order to take care of myself and have that break. I remember the first night, when I was six months pregnant, not rushing from work to a rehearsal. It felt like a vacation. I thought, This is what normal people do. It took me getting pregnant for me to take a break, and I don’t feel bad about that. I like to do a lot of things, and I take pretty good care of myself and wouldn’t be able to sustain all these things if I didn’t.

Q: When you became a Solo Mom, did you feel a shift in your community?

A: Not at all. I have so many tribes of people: my music tribe, my coaching tribe. You can imagine a community of life coaches—and coach colleagues. I have a church community. I have so many people in my corner that, socially, I didn’t notice a difference. The day he moved out, I felt better. I knew I had tried everything I could, and he understood in the end. I can’t be the fullest expression of myself if we are partners. I’m still devastated over the loss of the dream. I wanted us to all be in the same house, but I know I did the right thing.

Q: Tell me about your work. Your website is very interesting.

A: My job is a patchwork quilt of things I love to do: a lot of different pieces that I do part time. I have a private coaching practice. I’m a faculty member at the Coaches Training Institute, which is where I did my training. I also work for a large health-care organization doing coaching, coach training, and leadership-development stuff. And I’m a musician! I lead a 20-piece big band called The Fogcutters, and I’m working on my second solo record.

Q: What is a coach? Is it like a therapist?

A: It can be an extremely therapeutic process when done well. The coaching that I do and the model that I teach is called co-active coaching. There’s really zero advice giving or fixing or diagnosing. It’s primarily creating a safe space for people to discover what fulfills them, what matters deeply to them, [what life] they want to create, and then holding them really lovingly and fearlessly accountable for it.

A lot of coaching models are very much goal-oriented, whereas co-active points to discovering and learning about who you are in the process. It’s not just about getting things done. There are a lot of Solo Moms that are so busy: if nothing else, it’s a good opportunity to press pause and [ask yourself], What do [I] want in [my] life? What matters?

Q: How did you get into coaching?

A: My brother was in the coach training program, and he told me I had to do it. I’d been doing it forever anyhow. I’ve always been fascinated by people. I’ve seen enough dark stuff in my life that it helps me to have zero judgment on anyone’s story. I learn a ton from it. I learn as much from my clients as they learn from me, so it’s fulfilling and interesting.

Q: Tell me about your music.

A: I play guitar and have been writing songs since I was eight. I released a record in 2004 that was folky and country-ish. I’m working on a record now called Tin. I also have a single on iTunes called “Tin.” It’s sort of soulful R&B. The record is going to have just six or seven tracks. I was trying to finish it before Issa was born. I was 80% of the way done and three years later, I’m still working on it. It should be ready in the spring.

A: I’m proud that I haven’t sacrificed my purpose on the planet for a man or another person’s idea of what I should do—even for the dream I had. I think this is one of the most important things I could model for my child, even though it means her dad and I split up, even though it means I might be away for three days teaching. We really miss each other, but I’m doing work that I love and I’m proud of it. I’m living what I’ve been called to do.

A: Dinner is always hard. She’s been at day care, and she’s wrapped around me, and I’m starving and tired . . . so I got her a Play-Doh cooking set and made her some [homemade] Play-Doh, and she “cooks” at the kitchen table while I’m cooking. I give her some salt and some little spices she can add to her cooking.

Also, if I’m really desperate, this is one my mother passed down to me—we call it “silly supper.” I’ll take leftovers and whatever is in the fridge, and put it all in a muffin tin. So she’ll have a tin of raisins, a tin of chopped-up toast, a tin of carrots. . . . She thinks it’s the greatest thing.

And so do I. Great idea!