Mary-Louise Parker: “I Am Aware of My Good Fortune” 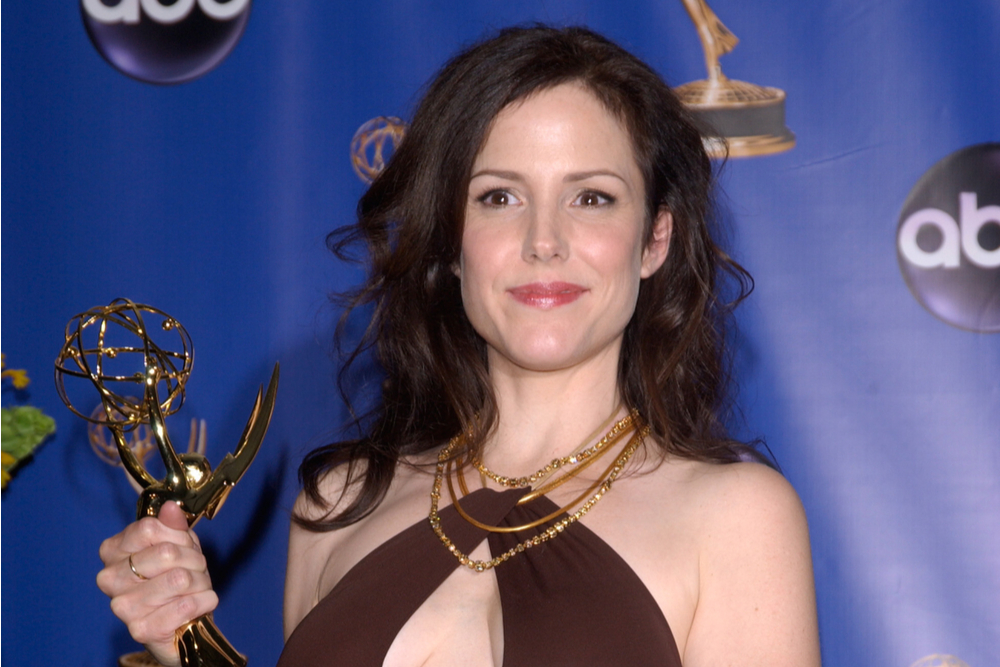 Actress and writer Mary-Louise Parker has never spoken publicly about the dissolution of her relationship with actor Billy Crudup, which abruptly ended in 2003 when Crudup left Parker for actress Claire Danes. Parker was seven months’ pregnant with the couple’s child, William Atticus Parker, when Crudup defected, effectively making Parker a Solo Mom even before William’s birth. “[It’s] private to me and will always remain so,” she said of Crudup’s infidelity during a November 2015 Today show interview. The closest she’s come to referencing it directly appears in her book, Dear Mr. You (Scribner, 2015), an unconventional sort-of memoir in letters Parker writes to the men who have shaped who she is today.

In the letter “Dear Mr. Cabdriver,” Parker remembers shouting at a cabdriver who got lost while driving her to an appointment in New York City. Hugely pregnant, reeling from her breakup from Crudup, she yelled at the driver until he stopped and asked her to leave the cab, saying simply, “I don’t want you anymore.” Never mentioning Crudup by name, Parker goes on to write: “No one does.” The cabdriver ultimately “made a gesture” of kindness, Parker paid him, and they went their separate ways. But she’s continued to think of him, all these years later, and as she writes, “I am aware of my good fortune. . . . I have thought of you and know you wouldn’t remember me but I am sorry.”

For Parker, good fortune has included expanding her brood in 2007, when she adopted her daughter, Ash, from Ethiopia. “Sometimes I just look at [the kids] and I think, ‘You are the two coolest people I have ever met,’” the actress told Parade in 2009. Her decision to adopt wasn’t made lightly. “I finally just decided, ‘Okay, I’m going to do this, and it’s going to be really hard because I’m single, and I’m going to do it anyway,’” she told People magazine in 2009. “It’s not like I only wanted to enlarge my family. I really wanted to give a child a home.”

Home life for the family of three is creative and joyful. “Sometimes we’ll get up in the middle of dinner and have a dance party just because there’s music on and everybody’s happy,” she said. “There’s also one wall in my living room that the kids are allowed to paint on, and sometimes we’ll empty all the food that’s gone bad out of the refrigerator, put it in a bucket, mash it around, call it witches’ brew.”

As for her career, the actress is ever moving forward. Over the years, she’s worked in theater, film, and television, distinguishing herself in roles ranging from the canny marijuana-selling widow, Nancy Botwin, in Weeds to a scene-stealing turn as Stephanie Boucher, a U.S. senator’s chief of staff in the film Red Sparrow. And writing is important to Parker: there is her book, of course; and, since 2007, she has also contributed articles to Esquire magazine. As she told Salon, “When I am writing, I do not feel alone. It gives both ways.”

She credits her beloved dad, John Parker, who died in 2010, with making “me think I could write a book, be an actress, and could do whatever I want.” And, finally, she wants to pass that spirit on to her own kids. “[My kids] will watch me make much of their tiny victories and see me hold a grudge until my last breath if someone treats them cruelly,” she wrote to her father in a 2012 Esquire piece (a piece that eventually led, directly or indirectly, to her writing Dear Mr. You in four-and-a-half months’ time). “This is your family I am running here. I can’t take credit for more than remembering to point to you when I do something right and for continuing to put one foot in front of the other when I lose heart.”

Hall of Fame Solo Moms in the Spotlight Actress film