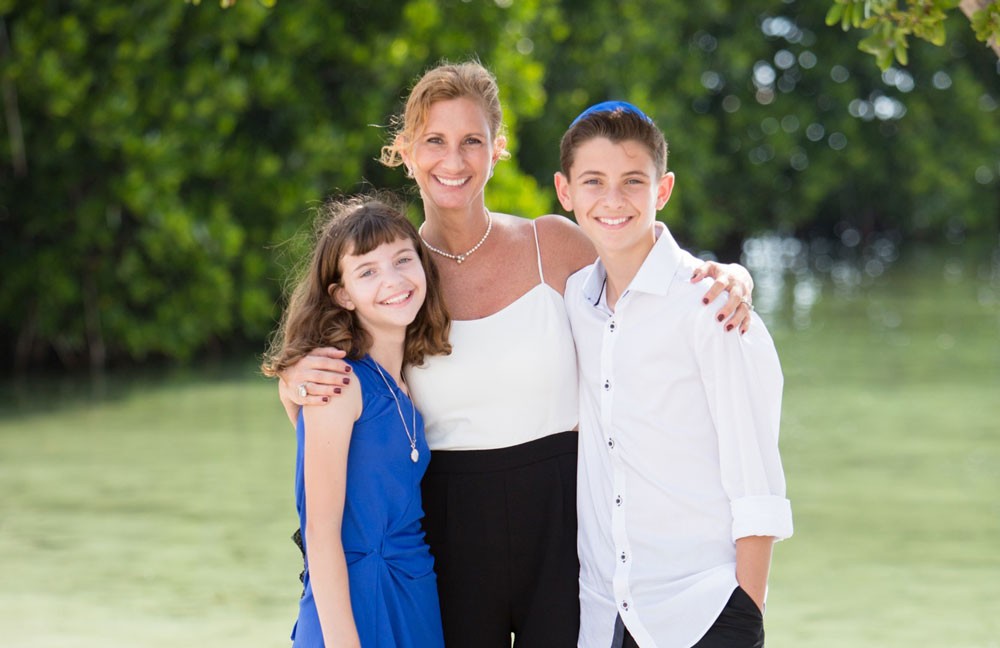 Wendi Niad has been in the literary and talent management business for almost 20 years. After cutting her teeth as a writer at The Comedy Store in Los Angeles, Niad moved to the literary division of ICM Partners, where she worked with directing greats such as Robert Rodriguez, Baz Luhrmann, and Shawn Levy. In 1997, Niad opened Niad Management out of a desire for a less corporate environment and more intimate relationships with her clients. She currently represents a select group of writers, directors, and actors, including actresses Haley Ramm and Naomi Grossman, as well as director Jen McGowan.

Niad is new to solo motherhood, so she was happy to learn about the ESME community and graciously shared her story.

A: I have to—and it’s hard to get things done. Sometimes I go to my other office at the pool.

Q: What’s the difference between an agent and a manager?

A: An agent is all about getting the next job. A manager is a big-picture person. We think outside the box. We ask, “Where do you want to be five years from now?” then figure out how to get there.

Q: Who are you really excited about right now?

A: I have a director, Jen McGowan, who is on the short list to direct a lot of things. She directed a film called Kelly and Cal, which won a lot of awards last year. I first saw her short film online on Next Gen Femmes, and her shorts were fantastic.

Q: When did you become a Solo Mom?

A: Officially, last May. My ex and I were together platonically for several years, but he’s an alcoholic so I’ve been functioning as a Solo Mom for a long time. We stayed together for the kids, but he really disappears—so we made it official.

What’s amazing is since he’s been gone, it’s like a weight has been lifted. Staying together was the dumbest thing. There is so much less tension now. My kids and I are laughing again. I’m happy again.

One of my clients told me her parents waited until their youngest graduated from college to divorce. The kids are angry because their parents made them live through all that misery.

Q: Do you think being a Solo Mom will impact your career?

A: It already has. I have full custody and don’t have anyone to stay home with the kids, and I take them where they need to go. There are not enough hours in the day. I have to do it all.

Q: How are you managing?

Q: Have you felt a shift in your community?

A: Not really, because he wasn’t social and wasn’t around to begin with.

Q: Was there a defining moment that’s driven home you are raising children alone?

A: Not “defining” really, but when I’d leave the kids with him at night, I’d come back and he’d be passed out, and they would be taking care of him. My defining moment was really a wake-up call that I needed to raise them alone.

Q: Do you have any advice for Solo Moms who want to pursue a career in film?

A: It depends on what they are doing. Anything you do as a single mom takes an additional amount of energy because your kids come first. Their needs, everywhere they go, summer versus the school year—it all has to be considered. I don’t know how people with regular jobs do it.

I’d tell someone to take a hard look at her circumstances and decide what’s reasonable. Actors need flexible schedules for auditions. Directors can learn tools on the computer and work their craft at home, and writers can take classes at night and write any time.

Be realistic about your schedule and priorities, and find people to connect with, even if it means just taking a class.

A: I have been crying for I don’t know how long and feeling like a failure, and the only thing I could look at that didn’t turn to shit was my kids. You feel like everything you’ve done in your life was wrong and nothing has turned out well. Then you look at your kids—and they’re perfect.

A: Ask other single moms for help. Before school, I drop off my son at my friend’s house to avoid carpool lines. Our two boys then walk to school together.