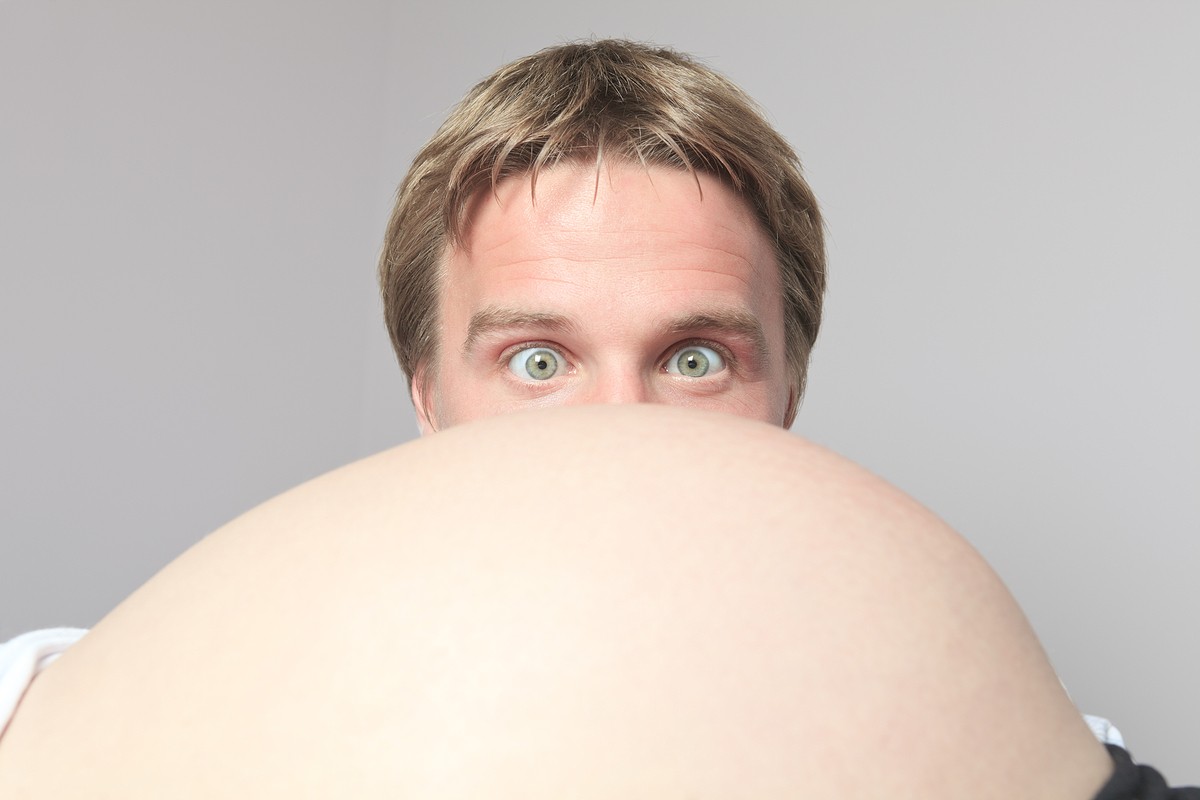 The wiser I get, the more open I become to different lifestyles and what constitutes a family. I was raised by married parents who spent their lives together. Both sets of my grandparents were in lifelong monogamous relationships, and I always thought I would have that, too. Well, I don’t. I am a single mother, and the father of my twins has a wife and a one-year-old baby. I never dreamt that I would be sitting at my kids’ soccer games with my ex and his new wife having friendly conversation. I sometimes wonder if my ex feels like Hugh Hefner with Holly and Kendra by his side when he is out with his new wife and me. It’s been a journey for us all to figure out our roles and places, and it was especially challenging at first for his wife and I to learn how to coparent peacefully.

I have felt stereotyped at certain times as a Solo Mom and have recently realized that I never put too much thought into the types of challenges that single dads face. There are single dads who have a baby on the way and are ostracized in the dating community because of it. I realized that I stereotyped these men as deadbeat dads, players, or cheaters without ever really taking the time to listen to their story. Not all men who are soon-to-be dads are abandoning their child and pregnant wife or girlfriend. Some are in tricky life situations just as we Solo Moms have found ourselves in.

I have been asked out by two different men, each of whom had an ex who was pregnant with his child. The first man had a son who attended my children’s school. He and his significant other had been trying to have a second child for years, and it was not happening. They came to a mutual agreement to amicably end their relationship and peacefully coparent their child. It was well-known around the school that they had separated. After the separation, they found out they had conceived their second child during the last month of their relationship. It was a surprise for both of them. They still separated and moved into different homes as planned. Once he was settled into his new home, he asked me out. I knew his story, and I knew he was a good person through our friendly parenting relationship at school. After some soul searching and consideration, I agreed to give him a chance.

He planned a spectacular date at an upscale tapas restaurant. We had an amazing time, and I was glad I went. I did not feel any chemistry between us, so I did not accept an offer for another date, but was pleased that I did not let my fears stop me from finding out the ending to that story. I got to know him as more than a father at my kids’ school. It did make things a little awkward when I saw him daily at drop-off and pickup, but we were mature about it.

The second situation I encountered was while dating an old friend of mine whose ex, at the time, was expecting his baby. Once again, I had known the man before we started dating, so our history led me to believe that he was a good person who would be there for the baby’s mom, the baby, and me. He had shown me text messages sent between he and his ex discussing the breakup, coparenting, and exchanging baby items that she received at her shower. After seeing those messages, I believed that the breakup was amicable, and I felt comfortable with dating this man. We had amazing chemistry between us. We spoke freely about the upcoming birth and his plans for being there when his son was born. He shared his plans for civilly coparenting with the mother and financially supporting his son.

At first, he did not tell his ex that we were dating, but when he did, she was extremely threatened by my presence. Although I was fine with the situation, she was not. She started questioning whether or not the child would have his last name. She even threatened not to call him when the baby was being born. We were all hurt and stressed, and I felt like I was in the middle of a love triangle. He told me, “Susan, I want you and only you.” I started to feel a knot in my stomach and a pain in my heart. I knew that at that time, it could not be me and only me. I knew that to be a good father, he needed to be there for his child’s mother. I could not rest easy knowing that I was causing another woman heartache at the time when she should be preparing to celebrate her son’s birth. I did not want to be the cause of conflict and stress in their coparenting relationship. At some point she would have to accept that another woman would be dating her ex, but that time, just before the birth of her son, was not the right time for her. I could understand that. I remembered how I felt when my ex introduced a new woman to my children and me for the first time. It was not easy. In the midst of that pain, I realized that I was not at the right place at the right time.

On the day of his son’s birth he was right where he should have been—with the mother and his newborn son and their families. I will never know how that story would have ended if I had stayed, but in that moment, I knew that it was time for me to walk away. There is a time and a place for everything, and my place was not as his partner but as his friend.