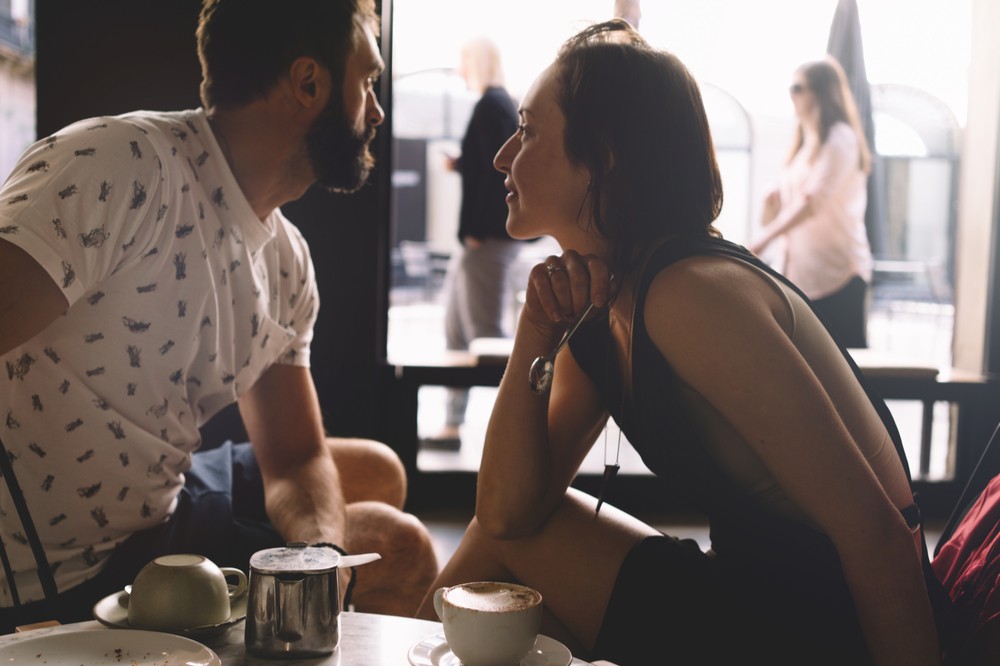 When it comes to romance, men can be a mess while women have to work harder

Last summer, I sat across from a father in his 40s who was separated. Sipping red wine and discreetly slapping mosquitoes off my legs under the table, I listened to him talk about his complicated relationship with his ex-wife; his children, whom he didn’t get to see that often; and his extensive therapy. He was willing and comfortable divulging it all, and I found myself surprised—no, blown away—by his openness. It was my very first date since my husband and I had separated. I hadn’t dated in a decade (back then I was mostly meeting people at parties, standing over a keg, not meeting them via intentional setups or dating apps) and didn’t know what to expect.

There were a few red flags (which later came to fruition), but I was thankful for the transparency during our first few dates. As a woman who is interested in genuine connections, I found his honesty and vulnerability refreshing, and it’s possible it even turned me on (to some degree) to go on a date with a man who wasn’t afraid to share his feelings and the challenges in his life. He may have been a bit of a mess, but either way, his ability to be forthcoming made our conversations flow. After all, I wasn’t interested in dating Mr. Perfect or meeting a persona—that would be an utter waste of time, something that, as a single mother, I didn’t have a ton of.

As I went on more dates with more men, had some short-lived affairs and a meaningful relationship, I started to notice a pattern. Even on our very first dates, the men were always willing (maybe desperate?) to share their struggles. It seemed that men in this stage of life—separated or divorced, perhaps with kids—often couldn’t hide their vulnerabilities, so they didn’t even try. I didn’t need them to. But as a separated woman and mother of two, I soon learned the grace didn’t go both ways. More often than not, I was expected to hide my complexities—or not have any at all. I sometimes wound up feeling that mentions of my own struggles or even just signs of my imperfect life could change the dynamic completely.

It looked like this: early on, men would fill me in on the details of their lives. They’d tell me about how their wives had emasculated them or about their painful issues from childhood. Those whom I felt connected to, I might end up dating for a few weeks or months. But when I started to share my truths, even mere mentions of coparenting challenges or a difficulty with the kids (the same kinds of challenges these guys shared with me all the time, and wanted help with and support working through), I was often met with distracted fidgeting and shifty eyes. Somehow, it always felt like these guys were too busy drowning in their own issues that they simply didn’t have the emotional bandwidth to extend themselves to me in a real way—that was highly possible. But it could be that dating a complicated woman just wasn’t attractive. Men couldn’t overlook the fact that I had a real life, that I wasn’t just this mascara-clad woman. I had kids, an ex, a mortgage, and a stack of bills on my counter, but they never asked me about any of it. They couldn’t rally to the same task they continually asked me to rally to.

Trying to do it all

I wondered if my vulnerabilities as a single mother made me undatable. And I became hyperaware—each time I was shooing my kids out the door with their dad, jumping in the shower, and rushing to get dressed so that I could be a tiny bit put-together—that the façade would soon be broken. Because letting men know that I was a real person—one who found this mascara (which I scarcely wear) at the bottom of my daughter’s ballet bag—wasn’t what they wanted. They didn’t want my real life, my stress, or my mess in their faces. They wanted an easygoing, carefree woman who has tons of time and patience for their drama, but no real baggage of her own. They wanted a clean house with no signs of kids (even though most of them had kids of their own), a properly loaded dishwasher, and shaved legs. Mostly, that wasn’t really me.

It felt like the men I kept meeting were craving a soft place to land, which they hoped I could provide. So even hinting that I also had a lot on my plate (kids, my looming divorce, my own therapy) was too much. Or maybe I was too much. I wanted to be my authentic self so the relationship would be fulfilling for me, but doing so felt like a deal breaker. Although I met a few guys (OK, more than a few) who were struggling too much to have anything to offer another person, it was painful to feel I was somehow the emotionally needy one, even though I knew that wasn’t the case. These men had been so up front about their own damage, yet each time I seemed to walk away, licking my wounds. I felt things had crumbled because I, the person who was expected to be the nurturer, dared to expect anything in return.

Where is the give-and-take?

The dynamic didn’t completely shift, even when a relationship developed. I fell madly in love with a separated man who had his own issues but appeared to be dealing with them. Of course, he shared them with me on our second date, over a bottle (OK, two bottles) of wine. But he was going to therapy, taking his meds, and constantly talking in psychobabble, which made me believe he was very self-aware. At first, I thought it was refreshing to find a man who was trying to mend himself, rather than ask a woman to do it for him. He was complicated, yes, but so was I. What mattered to me was that he was working on his mental and emotional health, which struck me as mature and was a break in the pattern I kept seeing. If he was trying to work through his own pain, then he wouldn’t expect me to do it for him. He would also have the mental space for a real relationship—the give-and-take that seemed so hard for me to come by.

In the end, our mostly wonderful relationship turned catastrophic. Although we were deeply in love, one argument derailed our relationship completely, leaving him defeated and shut down. It resulted after I told him I needed him to communicate more effectively and to apologize when he was wrong. I had been willing to support him in any way I could, and I thought he was the love of my life. Yet when it came to the real me—a person with my own needs, ultimately, they were much too big for him.

My expectations were reasonable. But it didn’t feel like it when I kept finding myself with men who didn’t have much to give me in return. After letting a man’s needs, even a man I cared for very much, completely overshadow my own, I felt certain I wouldn’t make the same mistake again. The next time a genuine connection came along, I would cut and run the second it felt like he couldn’t embrace my vulnerabilities in the same way that I embraced his. I wouldn’t allow a man to make me feel like his feelings mattered more than mine, or that having emotions at all made me too emotionally needy or unstable. His vulnerability does not equal my “crazy,” as infuriatingly used to that double standard as women may be. I would find someone better—a man who wasn’t terrified of female emotions—or nothing at all. But the biggest lesson I learned by far was that just because a person doesn’t have enough to give, that doesn’t mean you’re asking for too much. It just means you’re asking the wrong person.

I picked myself up from the most crushing heartbreak of my life and nervously started swiping again. Lo and behold, the very first date I went on post-breakup was with a pretentious man who treated our date like his own personal therapy session. Between that and his ordering some whiskey that no one has ever heard of, I turned my attention to the cheese board for about 45 minutes before letting him know I had to pick up my kids. Maybe there was no real connection or maybe I had learned not to give too much of myself away to men I felt certain were not capable of returning the favor. Either way, I really just wished I was sitting at the bar, talking to the hot bartender (whom I did give my number to because, well, life is too short not to).

A few days later, the bartender and I went on a normal date and drank normal whiskey. And, no big surprise, he was every bit as forthcoming as the other men I had met over the past year. He wasn’t a dad or an ex-husband, but he was messy and complicated nonetheless. He knew he was floundering in life and had a massive drinking problem. I mean, he’d slept till 2 o’clock in the afternoon that day and had a cut on his forehead. “Don’t tell me where you got it,” I told him, laughing. I didn’t need to know the extent of his messiness, but who was I to judge? All the men I’d been around recently were floundering in their own, more socially acceptable ways. Like, ya know, dumping all their agony on women they’ve just met and slipping out the second the women became vulnerable or real with them.

What was utterly refreshing was that he acknowledged his messiness and didn’t expect me to coddle him or clean it up. And hanging out with someone who didn’t need much from me—probably because we both knew that despite our great chemistry, it wasn’t built to last—was welcomed. I just wanted someone to have fun with for a while, and he turned out to be the perfect anecdote. Maybe welcoming vulnerability while keeping my expectations exceedingly low was the key to surviving the postmarriage dating world anyway. But even if the double standard persists, so will my hope that a true break in the pattern does, too.

Have you come across this double standard in your dates?

Sarah Bregel is a mother, writer, and deep breather based in Baltimore. She’s contributed to publications such as the Washington Post, Slate, Vice, New York magazine, Longreads, and many others. She writes frequently about relationships, sex, and mental health. She lives with her two children and is working on her first manuscript.

How you know you’re dating the wrong guy