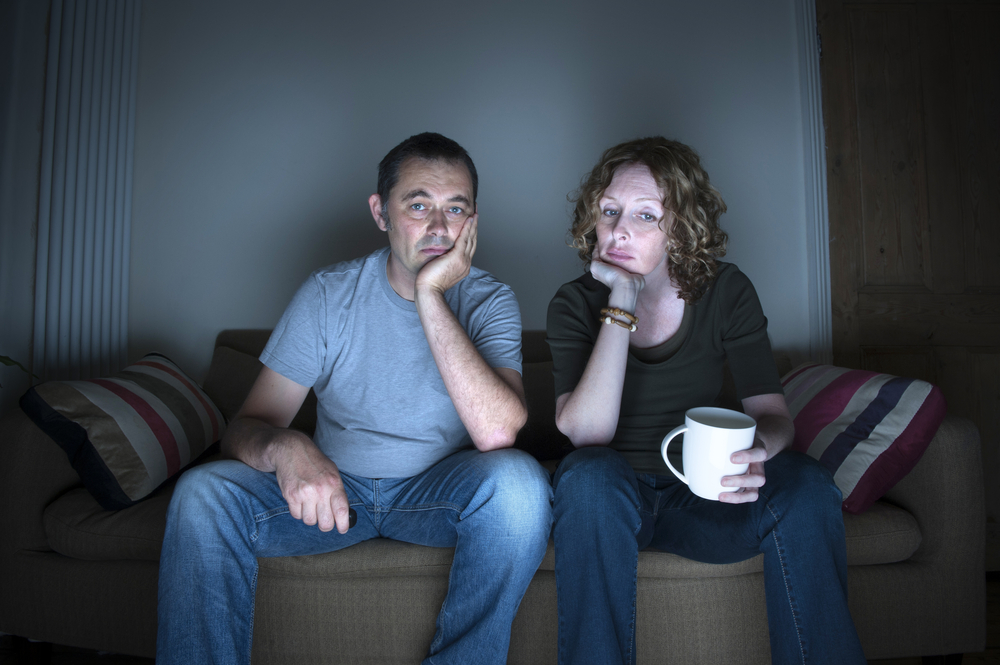 How you know you’re dating the wrong guy

I was wearing a bikini and carrying a large hardcover dictionary when I zoomed down the hall to help my son/daughter/both kids clean up the cat’s vomit, find the missing shin guard, deal with a homework crisis, and get ready for the sitter before I left for a date.

I slipped on a sock, rammed into the wall, and stabbed myself with the dictionary, leaving a gash on my stomach.

Like most dating single mothers, my name was Frantically Rushing.

Wild turkeys, deer, and foxes roam the Oakland hills where I live. When we separated, I hiked those hills with various men. Before Tinder and Bumble, there was 10-minute speed dating, It’s Just Lunch, eHarmony, Sierra Singles, and good old Match.com. My husband was seeing a woman who spent a lot of time with my kids. She was sweet, always asking about my poetry. The kids liked her. I kept dating.

Three months after my husband’s death, I met K at a concert. We clicked. Way too early to date, I thought. But he was fun and kind, and as a journalist and editor, he loved language in a way no guy I’d dated before did. When I told my therapist, family, and friends that I probably shouldn’t be dating, I heard the “You deserve to be happy” mantra. “You didn’t plan this.” “How wonderful that you’ve finally met a man you love!” “You dated before your husband’s death, and your kids understood. Eventually, they’ll understand your relationship with K.” My kids were sad and angry. They shouldn’t have had to try to understand.

I was living in a hall of mirrors: therapy; driving the kids to school; supervising homework; cleaning the house; preparing meals; more therapy; and endless meetings and documents: insurance, financial institutions, investigators, lawyers, accountants. The life insurance company wouldn’t pay until I sued. No wonder K broke up with me after a year.

Having just returned from a long trip visiting his adult daughter, he’d made us a special dinner, and I had to leave because one of my kids was sick. “You’re doing what you need to do as a mother,” he said. “But I can’t be in a relationship where I’m always second.”

A man and his dog

I struck up a conversation with a friendly man hiking in the Oakland hills. An industrial psychologist with no children, B liked categories. He requested I take the Myers-Briggs assessment early in our relationship. Was I an ISTJ or perhaps an ENFJ?

“I can’t give an either/or answer to some of these questions.”

“For the test to work, you have to choose.”

B had a cocker spaniel. One day, walking on a trail for off-leash dogs, he stopped to illustrate a point for me.

“Stay,” he commanded. The dog froze. We continued on, me checking behind us, feeling bad for the dog. We walked for several hundred feet, the dog a vanishing speck of fur. B believed children should be as well trained as his dog.

Weekends brought tension. I wanted to spend time with B: He loved hiking and books; he was a calm presence; he wrote lyrical, passionate love letters to me when he was out of town. But I also wanted to be at my kids’ games, help with homework, hang out with them. B wanted hikes at Point Reyes, Mendocino, Big Sur.

When it came time for B and my kids to meet, we decided a movie might work. He was uninterested in the three movies my kids wanted to see.

“You’ve never met them,” I hissed after 15 minutes back and forth, him on the phone, kids in their bedrooms. “You should be willing to watch a movie they choose.”

I like to think I said this. But I rarely confronted men in those days. I suspect I soothed and gently nudged. We watched a movie no one wanted to see.

One day I found B examining the kids’ basketball schedules, pencil in hand. He circled half the games, a random sampling of Saturdays and Sundays. “Tell the kids you’ll be at half their games, and the other ones you’ll miss, since you’ll be seeing me.” He was modeling proper parental boundary setting, which I ignored.

One night B and I planned to see a special showing of Casablanca, his favorite movie. He worried I’d be late because I often was. I vowed not to be.

I tried to be extremely organized that day, but I had papers to grade and a school project to help with, and once again we were out of groceries. I was so stressed about being late that in the grocery store parking lot, I locked myself out of my car. Pre-Uber. Unable to get in touch with friends, I begged four strangers in the parking lot to drive me and my groceries the 1.5 miles home. One woman finally did.

At home, I raced around, putting away groceries, settling an argument about the TV, cooking dinner, wiping up the cat’s vomit with reassurances it was likely a hairball. I felt guilty going out, so I made the kids popcorn the old-fashioned way, on the stove, plenty of butter and salt. Then I raced to shower, dress, fixate on which pair of earrings to wear, say bye to the kids.

Backing the car out of the driveway, I froze. The effing stove burner. Had I turned it off? After my husband’s death, I had become obsessed with the idea that I’d accidentally leave the stove or oven on and burn down the house. “Stop staring at the stove,” the kids would call out when we were getting ready to leave the house.

When I was leaving the kids home alone, the fear of fire was almost paralyzing. I’d check the burner and recheck, sometimes driving a few blocks or longer, then returning to the house to check yet again.

So there I was, backing out of the driveway, worried about the time. I remembered checking the stove and oven minutes earlier. Rechecking. But I had to check again.

Back in the house, standing in front of the burners, I touched the black coil to make sure it was off. The pain seared, and I screamed. But all I could think of was being late for the movie. I plunged my hand in a bowl of cool water. The kids raced in, worried; I reassured them, and they returned to the TV.

I stared at the clock. No time to sit with my hand in water. So I threw on an apron, switched the bowl for a pot that would be less likely to tip over in the car, and left the house.

Driving was tricky, my left hand on the wheel, my right hand in the pot of water. It sloshed over the apron and my clothes. Arriving at B’s, I dumped out the water, put the pot in the trunk to hide the evidence. Ringing his doorbell, I saw that although my hand was red and throbbing, I was only two minutes late.

He answered the door, smile turning to confusion. “Why are you wearing a wet apron?”

After hearing that B and I broke up, K wanted to get back together. “I made an awful mistake ending our relationship. I love you. I miss you terribly,” he said.

I said no, but I agreed to a friendship. A few coffees, dinners. Then: “Get your tongue out of my mouth,” I cried after a peck on the lips went bad.

“I’ll wait as long as it takes,” he said. Flowers followed. Candy. Theater tickets. Gifts for the kids.

“I don’t feel the same way about you,” I said repeatedly. “I’m sorry.”

But he was kind and fun. Within months, we were a couple again. I often said I didn’t love him the way I had before. Maybe we should end the relationship. He insisted time was all it would take.

He began to irritate me. I began to hate his turtlenecks and Italian shoes. But worse was how much he talked. After seeing a movie or an art exhibit, I’d say a few words. The response: a 15-minute lecture. My sisters and friends listened patiently as I complained more and more.

I was with my daughter, snorkeling in Maui’s aquamarine water—green sea turtles, butterfly fish—hiking in Hana, sipping piña coladas. In her last year of college, she’d just ended a two-year relationship. We’d talked frequently about the uncertainty we both felt in our respective relationships. I was stunned by her courage, toasting her as we sipped our icy coconut drinks during happy hour.

A hot guy in a Coast Guard uniform approached us. I was irritated. He was younger than me and too old for my daughter. But it was me he sat next to. It was me he flirted with.

A week later, I ended my relationship with K.

I’m deeply happy now, in a committed relationship with a terrific man. Sure, we irritate each other occasionally. But I am happier with this man than I have ever been. In my entire life. Of course, I didn’t know that would happen back then. Occasionally, I would wonder if I’d done right by ending things with K. But then I’d remember that long drive—K, my kids, and me, on our way to a family wedding in Pacific Grove. He’d never spent that much time with them. He was one giant monologue with occasional breaks to ask questions of others. He commented on billboards, trees, trucks, license plates. He talked politics, books, movies. My daughter and I were sitting next to each other in the back seat when my phone dinged, a new text.