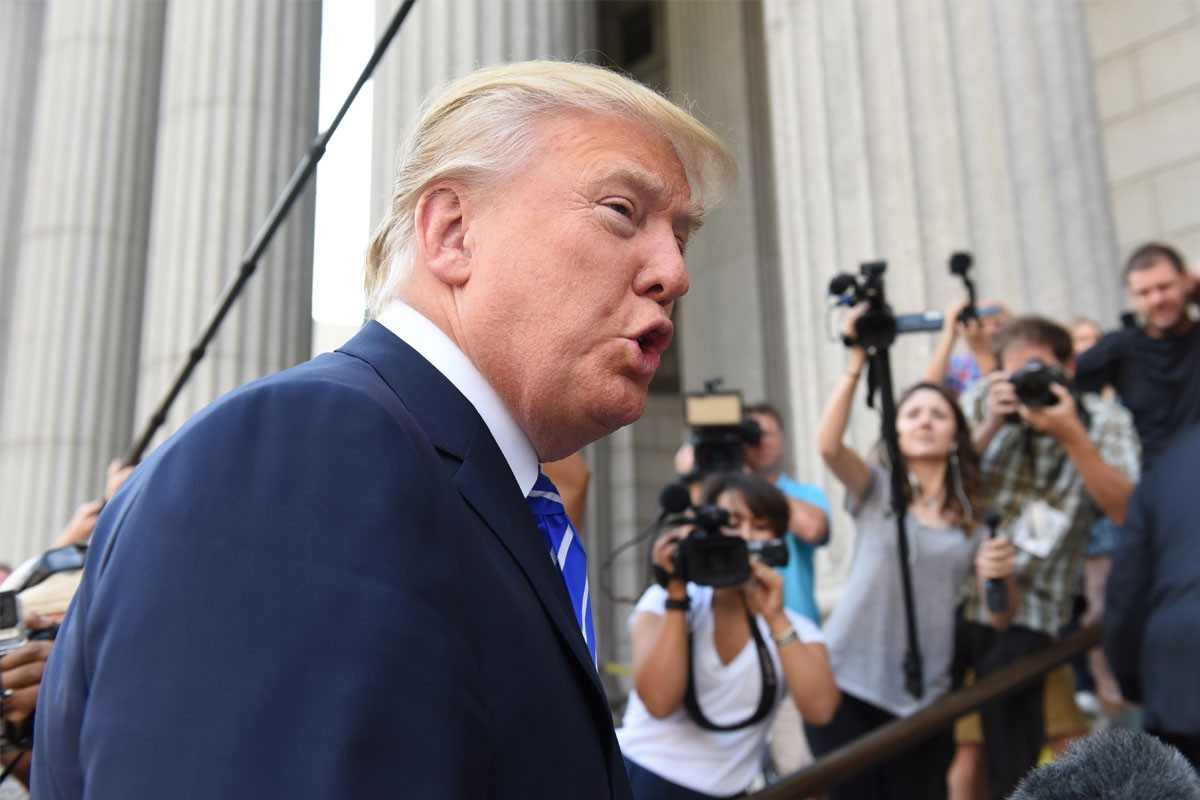 Even if you don’t agree with the political stance of the president, he deserves respect because of his office.

Will that statement still apply if Donald Trump becomes president? People will need to disrespect the office of president or normalize his abusive, hateful, bigoted, and sexist rhetoric and behavior. Either option is unacceptable. Plus, some Solo Moms will need to brace themselves for four years of feeling upset, triggered, and attacked.

After Monday’s debate, I jokingly promised to repeat “wrong, wrong, wrong, wrong” ad infinitum to my students, but what Trump did during the debate isn’t funny. It is dangerous. Not only is he nasty and rude toward other people, but he also normalizes behavior that should be viewed as wildly unacceptable—such as chanting “wrong” while someone else is speaking, interrupting someone 51 times, telling blatant lies, and promoting double standards.

If Trump wins, the debate stage will not be his only platform for spewing his hateful rhetoric and modeling abusive behavior. He will be the subject of daily news coverage; he will bring his brand of bullying abroad in discussions and negotiations with foreign powers. In addition to promoting his policies (whatever they end up being), he will promote bigotry, hatred, and cynicism.

For Solo Moms who struggle with body image, comments about Machado and O’Donnell can be upsetting. Who wants to have a president who analyzes women’s bodies and then feels free to criticize them?

For Solo Moms who have left relationships marred by name-calling, derision, and other forms of abuse and violence, Trump’s comments can be deeply unsettling. Many Solo Moms have left abusive relationships, in part, so children do not have to grow up in an unhealthy environment where disrespect, objectification, lies, blame-shifting, and other abusive behaviors were commonplace. Solo Moms have also left these relationships so they can reclaim their dignity and a life free of insults and abuse.

If Trump were a toddler, he would be in a time-out for his behavior. If he were a middle-school student, he would be referred to an administrator for bullying. Trump isn’t a toddler, and he isn’t an adolescent. He is a grown man running for president. Toddler tantrums are part of normal development, as is adolescent snarkiness. When an adult engages in these behaviors—particularly an adult in power—his behavior is not only immature but also abusive. No woman should have to be exposed to that from someone who is supposed to be respected.

His rhetoric isn’t bold or amusing; it is dangerous. The American people deserve better.