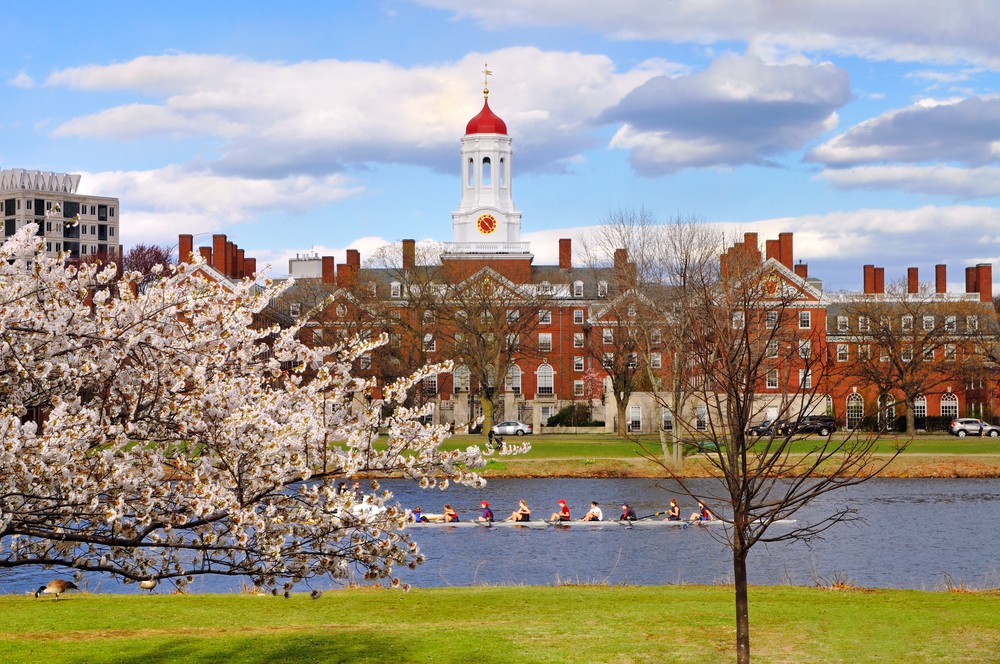 Look, it’s no secret that platinum-level wealthy people have been buying their kids’ ways into college for, well, forever. Fund a new library or athletic field, and boom, your kid is chanting, “Chug! Chug! Chug!” while his frat bro guzzles himself into his first ambulance transport for alcohol poisoning.

But what about the less fortunate, gold-level wealthy people who can’t afford to donate a state-of-the-art technology lab to campus? How do the Hollywood sub-elite and nouveaux riche get their precious children into their first-choice schools?

Apparently (and, at this moment, allegedly), some of them paid William Rick Singer’s company, The Edge College and Career Network, LLC (also known as The Key), to boost their kids’ odds of admission. These services included hiring stand-ins to take SAT and ACT tests, creating fake athletic profiles full of bogus accomplishments, paying college coaches to flag their kids as recruits, and more. As a bonus, these payments were funneled through a “non-profit organization,” so these parents scored the win-win of elevating their kids’ college profile with a tax-deductible “donation.”

The list of deceptions is the stuff of a Hollywood thriller (and I’d bet my kids’ nonexistent college fund that it will become one). Thanks to an FBI investigation code-named Operation Varsity Blues, the whole scheme is open for examination. But what are the broader-reaching implications of this scheme?

In short: THIS IS EVERYTHING THAT’S WRONG WITH OUR COUNTRY. Also, THIS IS ONE OF THE GREATEST GIFTS THEY COULD HAVE GIVEN OUR COUNTRY!

Let’s start with the gift. Though we’ve always known money opens doors to opportunity, Operation Varsity Blues has given us a window into the inner workings of privilege—actual evidence of rich people buying advantage, cheating their kids into college.

It’s kind of like a savvy kid catching a parent in the act of laying gifts around the tree on Christmas Eve. “Ha! I knew it!” the child says, first relieved to have proof that Santa is a myth, then deeply, deeply disappointed.

Except in this case it’s the American Dream, the myth of meritocracy, that’s been exposed: Ha! We knew it! And now upper-middle-class (mostly white) Americans are not just disappointed; they’re pissed. “How can our kids (and our bank accounts) possibly compete with this?” they ask, while the rest of us are saying, “Oh, so now you believe us? We’ve been talking about this sh*t for decades.”

A note to these newly shocked and pissed-off people: Yep. You figured it out. Life. Isn’t. Fair. So, what are you going to do about it?

I can tell you what everyone else has been doing about it: Working their assess off, earning their opportunities—often against great odds—then turning around and helping the next generation of young people do the same. Oh, and many of these good folks are doing so while confronting assumptions that “affirmative action,” not hard work, integrity, intelligence, talent, and skill, got them where they are right now.

So, that’s the gift: Operation Varsity Blues has exposed one of the mechanisms of class privilege in college admissions to a population that had never seen it before. For that I’d like to thank the Dear Indicted Parents caught up in the FBI sting, especially Hollywood actors Lori Loughlin and Felicity Huffman, who are taking the brunt of the backlash because of their fame. (Shout out to William H. Macy, Huffman’s husband, who escaped indictment apparently because Felicity was running point on their kids’ college admissions.)

For example, Lori and Felicity, thanks to your recognizable faces and your history of playing relatable-to-white-mom characters, this scandal has middle-class parents everywhere questioning how far they would go to get their kids into that school. Further, if exercising privilege happens along a spectrum—and it does—perhaps your extreme actions will invite others to reflect on the potential damage caused by their own actions, such as hiring a college admissions coach for a student when she is in eighth grade. Perhaps we’ll start asking questions, such as, “What does a hyperfocus on getting ‘college ready’ do to a kid?” According to Elisa, a Solo Mom and marriage and family therapist, it can leave a kid’s “13th through 18th years of life weighted with crippling anxiety.”

In addition, Dear Indicted Parents, your indiscretions have raised other important questions, such as, “Why do I keep hearing white people complain that their kids can’t get into college because of affirmative action, but I never hear them complain about wealthy white kids taking someone else’s rightful spot?” Maybe because they’re still operating under the assumption that a seat in a lecture hall belongs, de facto, to a white person? Why are people raging about immigrants crossing the southern border to “take our jobs,” but there’s no collective, public outcry over rich people taking seats in top colleges away from eligible students?

Dear Indicted Parents, about your kids—by now you probably know you’ve embarrassed the hell out of them by making it abundantly clear that you have zero faith in their abilities to get into that college on their own. Apparently, some of your kids knew you were pulling strings on their behalf and others didn’t. Either way, there are long-ranging consequences. In the first case, your child walks into college knowing she doesn’t have the intellectual chops to succeed, which undermines her confidence and encourages more cheating. In the second case, your child fails miserably and feels like crap about himself because he can’t keep up with his classmates. Why would you do that to your kid? Do you know what happens when you build your child’s life on a cloud? They fall through it, and when they hit the ground, they don’t know how to get back up.

Speaking of consequences, Dear Indicted Parents, your actions have raised yet another question: Why is it so important to get into THAT college? There are countless ways to build a meaningful, fulfilling life, and few require a particular degree from a particular university. So, beyond the myth that you must go to that college to get anywhere in life, what’s really at stake here? Your bragging rights? Your kid wanting a shiny object he hasn’t earned? Your kid’s ability to check all the boxes on the “living an impressive life” list? Do you know what happens when you teach your children that certain rules don’t apply to them? Do you know what happens when you teach your child that life is all about living up to societal expectations? The results can be toxic not only for your child but also for everyone in the sphere of your child’s influence.

For examples of such toxicity, Dear Indicted Parents, look no further than recent events in Washington, DC, such as Brett Kavanaugh’s appointment to the United States Supreme Court. “How can these senators ignore his lies under oath, his accusers, his demeanor?” we ask. This is how: people such as Kavanaugh don’t have to walk through the metal detector on the way into the show; they’ve got a pass to get through the side door. “How can Donald Trump use asylum-seeking children and families as pawns in his border game?” we ask. Because this is a man whose entire life has been dedicated to fabricating the image of success, at any cost. He has no strength of character, no altruistic mission, no ethic of service to his country. He has one thing: an insatiable need to appear successful.

Which brings me to my next point, Dear Indicted Parents: this—your abuse of power, your assumption that your children deserve a college acceptance they can’t earn, your lack of faith in your children’s abilities to build their own meaningful lives, your penchant for removing challenges and circumventing setbacks rather than teaching your children to work them through, your mindless chase for status symbols over content of character—is everything that’s wrong with our country!

As U.S. Attorney for Massachusetts Andrew Lelling said, “This case is about the widening corruption of elite college admissions through the steady application of wealth, combined with fraud.” He promised, “There can be no separate college admission for the wealthy, and I will add there will not be a separate criminal justice system either.” Let’s hope he makes it so.

Meanwhile, may this investigation teach us all about abuse of power in college admissions, as well as its underpinnings: from the mechanisms of privilege and opportunity to the racist implications of our conversations to the societal impact of cheating your way to the top to the values and expectations we—often unwittingly—pass on to our kids.

If we learn anything from this scandal, Dear Indicted Parents, I suppose we have to thank you, along with the 200 federal agents involved in Operation Varsity Blues, for this educational opportunity.

To get free tips for getting into top schools, check out “100 Tips for Getting into the College of Your Choice” and “Tips for Writing a Great College Essay.”

See more >
Time Out, Trump: For Every Stupid Thing You Said About the Camp Fire, and More

We don’t always get second chances at life, especially when the stakes a...