What Solo Moms Need to Know About Human Trafficking 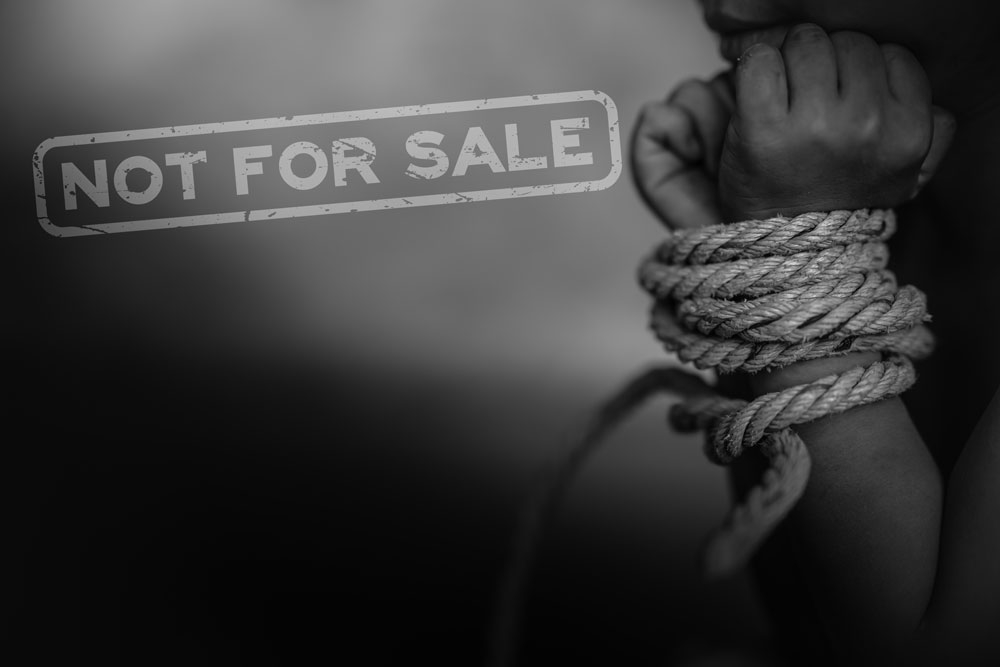 It’s a bigger issue than you think

Human trafficking: the sale or illegal trade of humans for sexual or labor exploitation; otherwise known as modern-day slavery. And when more people are being sold into this slavery than when slavery was legal, it’s scary! No matter where you live, it’s happening around you, and as Solo Moms, we’re not the only ones at risk of becoming victims . . . so are our children.

Why are Solo Moms and their children at increased risk of the dangers of human trafficking?

Organizations such as A21, the Pensacola Dream Center, and the Red Sand Project are dedicated to drawing attention to and eradicating human trafficking and offer an informed picture of those most vulnerable to modern-day slavery. According to Alicia Tappan of A21 Pensacola and the Pensacola Dream Center, most human trafficking victims are lured in by false promises of a relationship or job, or at worst, were sold into it by their own family. Solo Moms and their children sometimes are at an increased risk of vulnerability, which is what human traffickers prey on. And according to Molly Gochman, creator of the Red Sand Project, nearly 60% of children that are trafficked have a history of being within the child welfare system in some way, which makes sense, as those children and their families have added vulnerabilities in their everyday lives.

How can I protect my family?

One of the best ways to protect your family is to educate yourself about human trafficking and to take the following precautions:

1. Check the devices in your home. Ensure apps that have GPS tracking, such as Kik, Periscope, Partyline, Whisper, and others, are not on your devices because they are commonly used by human traffickers. Some of these apps can even be disguised as calculators, so it is vital to be vigilant when learning about new apps and how they can be used to target your children.

2. Talk to your children in an age-appropriate manner about strangers. Let your children know why they shouldn’t talk to strangers, even if the stranger seems to “need” help. Remind your child that adults will almost always seek out another adult for help, as they should. Also explain to your child that if something seems too good to be true, it probably is. Human traffickers try to lure their victims by preying on victims’ vulnerabilities. They find out what is missing in their victims’ lives and use gifts, attention, and affection to lure victims in so they can take advantage of each victim’s situation.

3. Get to know your child’s friends. Many human traffickers also use children to befriend other children as a way to lure in victims. Ask your children regularly about any new friends they may have met or are hanging out with.

4. Listen to your child. Most child victims of human trafficking are just looking for someone to understand and love them. It’s essential that children aren’t afraid to tell their parents when they’ve messed up or are in an uncomfortable situation. Keeping the lines of communication open and offering understanding, even when they’ve disappointed you, are the best things you can do to prevent your children from becoming victims. In turn, this will also help boost their self-confidence, and build trust in and strengthen your relationship knowing they can always count on you to have their back—even when they’re wrong.

5. Be especially careful with dating apps, particularly if you meet someone and something feels “off.” Meeting a prospective date in a public place is a good rule of thumb, but should you even progress to that date in the first place? If you are using dating apps, search for a potential date’s number on Facebook to verify this person’s personal information before giving away yours. Checking your county’s criminal dockets or doing a background check isn’t a bad idea, either.

What are the signs of human trafficking?

The National Human Trafficking Hotline website details the common signs of human trafficking: victims are unable to make eye contact; exhibit poor mental and/or physical health; are unable to clarify where they are currently living in terms of an address, or a city or state; typically do not have access to their identification or travel documents; and are not able to talk freely.

What can I do if I suspect someone is a victim of human trafficking but aren’t sure?

The most important thing you can do if you suspect someone is a victim of human trafficking, even if you’re not sure, is to report it. Victims can include children who go to school with your children or even the person who cuts your hair. To make a report, call the National Human Trafficking Hotline at 1-888-373-7888. Your report is confidential, and you could save a life.

Although it’s hard to believe that we need abolitionists in the 21st century, the more you know, the less likely you are to become a victim. According to the National Human Trafficking Hotline, we learned of 8,042 cases of human trafficking in 2016, a 35% increase from 2015, mostly because of people spreading awareness and the hotline. The best thing you can do to keep your family and community safe is to report any suspicious activities to the authorities. Knowing what human trafficking is and what it can look like is half the battle, and thanks to organizations such as A21 and the Red Sand Project that are raising awareness and educating the public on what to look for and how to report it, it is easier than ever to get involved to protect our children, ourselves, and our communities.