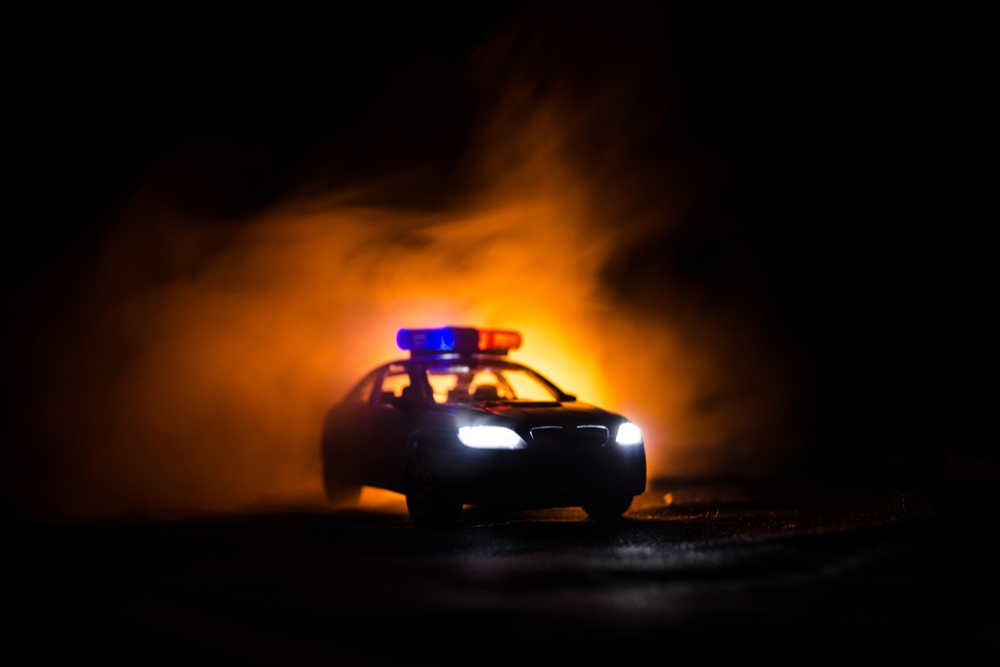 You are a native of two insane parallel universes. One world is draped in a dream where houses are neatly separated by white picket fences, every Fourth of July smells like grilling meat and freedom, and the police are agents of virtue, bound to “protect and serve.” The other world is dripping in fear—no, rage—a roiling inner fire lit by a brutal history. The flames are fanned by habitual injustices. In this world the “protectors” and “servers” know only force. Their only language comprises choke holds, gunshots, and electric volts of Tasers. To live in the two worlds is a terrible experiment in which you are the crazed subject—a perplexed lab rat. In one direction lies an unreachable fantasyland. In the other, a hellish reality from which there seems to be no escape. The maze is endless.

Shortly after the Newtown, Connecticut, mass school shooting in December 2012, Liza Long penned a powerful essay titled “I Am Adam Lanza’s Mother.” She shared the story of her mentally ill son and called for solidarity with women like herself, raising troubled children. Her moving essay called for a national conversation about mental health. She shared in striking detail her personal struggles with her son and even mentioned how the police had been called to help subdue him during one particularly severe episode. As I read the anecdote about the help she received from law enforcement, a small part of me envied Long. If she was Adam Lanza’s mother, then I must be Quintonio LeGrier’s mother.

According to Chicago Tribune reports, on Saturday, December 26, 2015, Chicago police fatally shot 19-year-old college student Quintonio LeGrier and his 55-year-old neighbor, Bettie Jones. LeGrier’s father, Antonio, had called the police and reported that his son had been threatening him with a baseball bat. The elder LeGrier asked Jones to look out for the police while they waited for the arrival of help. Some relatives report that Quintonio had been struggling with mental illness in the months leading up to that ominous December evening. When the police arrived, they opened fire, killing both Quintonio and Jones. Quintonio did not have a gun. Nor did Jones. Quintonio and Jones were African Americans.

When I heard Quintonio’s story, an uneasy breeze of familiarity blew cold through my bones. Just one week before Christmas 2015, on two separate occasions, I had rustled my own 15-year-old son into the passenger seat of my Hyundai Sonata and drove him to the downtown office of his developmental pediatrician, unannounced, after-hours, because I didn’t know what else to do. The first time we showed up I was stoic. The second time I was in tears. My son has autism, and from the onset of puberty until he was 16 years old, meltdowns had become more like genuine psychotic breaks—unpredictable, often violent, and always maddening for all involved. My life had become a string of constantly recurring episodes of airborne lamps and tablets, hours-long top-of-lung screaming sessions, phone calls from well-meaning but frazzled teachers, and late nights locked inside my own walk-in closet, coiled and crying on the floor, waiting for the veritable storm to pass. By the time Quintonio was killed, my son had completed his first full week of antipsychotic medication. The thought of Quintonio’s fate still haunts me to this day.

Like Long, I know the desperate isolation of living with a child who is a ticking bomb. Unlike Long, asking the police for help is hardly an option. Quintonio is the epitome of my worst nightmare. It plays out something like this: My son goes into crisis. I call 911. The police arrive on the scene, and in six seconds flat, they see my son’s dark skin, deem him a threat, fear for their own lives, and shoot him dead in his own home. And all I’m left with is a pool of warm, red blood and an absurdly redundant story about how the cops killed my Black boy. It’s happened too many times—too many times to boys who bear a striking resemblance to my son, too many times to make me trust them, too many times to make me believe that calling law enforcement would result in anything but my son’s dead body.

The citizens of Chicago protested the unlawful deaths of Quintonio and Jones. It’s an unfortunate, familiar process for them and hundreds of thousands of citizens of communities of color across the United States. Quintonio’s parents joined the pitied ranks of childless mothers and fathers who lost their sons and daughters at the hands of police. The Washington Post reported that 990 people were killed by law enforcement in 2015. It is estimated that one-quarter of those individuals showed some sign of mental illness based on data gathered from news reports, public records, official databases, and original reporting.

I wonder what Quintonio’s father must have been thinking during those hours and minutes leading up to what would turn out to be the end of Quintonio’s short life? Did he hesitate before picking up his phone? Did he try to talk Quintonio down? Did he search Quintonio’s frenzied face for the little boy he used to know, the baby he brought home from the hospital almost two decades ago?

I also often wonder if Quintonio’s parents were met with the characteristic skepticism when they first suspected that Quintonio might have a mental illness. Were they ever told that mental illnesses were “white people’s” conditions? How many times had they heard the phrase “Ain’t nothing wrong with that boy”?

The compounded marginality of being Black and having a mental illness or disability can be an astoundingly lonely place to live. Visits to church and to the barbershop—places where African Americans often find cultural validation and familial warmth—become rare and soon nonexistent after you grow tired of the whispers, side-eyes, and stares. The rejection stings at first, and after a while you learn to isolate yourself to avoid the pain. Once you come to terms with the idea that your children may never be fully accepted in their own community, you must still carry the water that all Black parents must carry—preparing your children (no matter what their ability level) to thrive in a world where the color of their skin makes them a perpetual target.

It is my earnest hope and prayer that Quintonio’s story can give voice to other mothers and fathers of color like myself, who often suffer alone in silence and sometimes shame. Parents (especially Black parents) are often caught between the thought of reaching out to get their children help and the thought that, perhaps, that exact cry for help could very well end in tragedy.

Kristie Robin Johnson is an educator, essayist, and poet from Augusta, Georgia. She is currently enrolled in the MFA Creative Writing program at Georgia College and State University in Milledgeville. She is the proud Solo Mom of two sons—Robert, 17, and Patrick, 11. Her work has appeared or is forthcoming in Atlanta Free Speech, HEArt Online, Rigorous, Split Lip magazine, and Under the Gum Tree.