Becoming a Spinster and Old Maid at 41 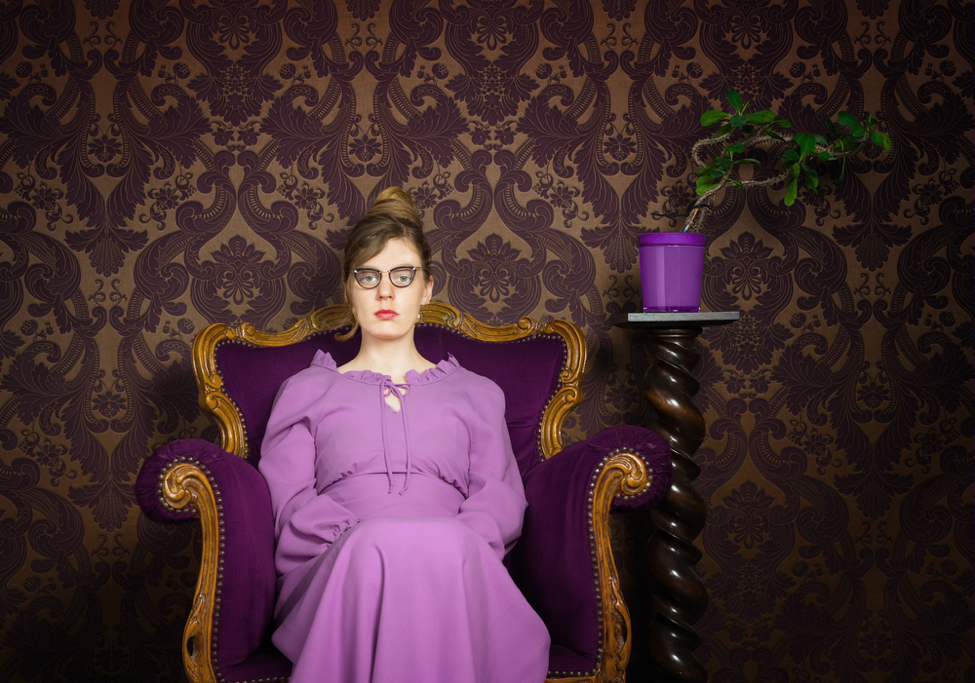 Spinster in English, vieille fille in French, aanissat in Arabic—no matter the translation, each signifies an unmarried woman who is either older than the “usual” or legal age for marriage or is deemed unlikely to marry. Although a spinster usually is portrayed as nothing more than a husk of wrinkled flesh wrapped around a shriveled and barren uterus, she also is any single woman of a certain age who has a child out of wedlock. Recently, that “certain age” became apparent to me after I was pigeonholed as a member of the spinster club.

But let’s back up a bit, to a time when I was still considered marriageable.

At 25, I had my daughter. By 27—the average age for a woman to first marry in the United States—I left her father behind and moved with my baby halfway across the country from the Midwest to New York. Soon after I relocated, I fell headlong into a new romance, and the pair of us quickly nested.

“Perhaps he’s the one,” said more than one member of my family. I agreed. He was kindhearted and great with my daughter. He had a job. That he was also funny as hell and shared roughly the same politics as my left-leaning family seemed like icing on the cake. Marriage was talked about in whispers.

In my family, as in many families, marriage is the milestone that is supposed to happen after getting all of one’s immunizations, graduating high school and college, and having a job or two. It’s the ultimate mark of adulthood. Each set of my grandparents was married from the womb to the tomb (OK, maybe not that long, but at least from their early 20s to death), and although my parents divorced when I was four, my mother remarried my stepfather a couple years later, and the two of them have been together ever since.

When my boyfriend and I broke up after a year or so, I was told by friends and family that I was “still young enough to find someone.” One well-meaning family member added, “Don’t worry, there’s still time to find a father for your daughter,” as though it wasn’t good enough for my child to have just one parent.

As the years wore on, comments from the peanut gallery about my dating life came slowly grinding to a halt. This summer, at the ripe age of 41, I attended the wedding of a much-younger cousin. My loved ones pored over my professional life and asked questions regarding my daughter, yet not one person queried about my love life despite it being even more interesting than it was when I was younger (as the sex is way better, and I’m more confident in my personhood!).

I suppose skirting around my love life makes sense. For thousands of years, marriage was not only a contract between two people but also, in many cases, a contract concerning two people that was writ by entire families, communities, or even kingdoms. Having babies—especially boys—was an implicit and necessary part of the package, as children were needed to supply labor or keep a family line going. (God forbid those patriarchal bloodlines die out!) The etymology of the word matrimony (derived from the Old French word matremoine, and before that, the Latin word mātrimōnium) is a combination of two words: mother and state. The word describes the old establishment of marriage perfectly: only men could own property, and only women could give birth to new men.

It stands to reason that in a patriarchal world where the success of a community depended on strong marriages, women who didn’t marry were suspect, and single mothers like myself were viewed as abominations. Some spinsters, of course, were probably let off the hook because they were considered too “ugly” to marry or their families were too poor or lowbrow to receive offers. Women who chose not to marry, however, were in hot water with their communities, as were elderly women past their “usefulness.” These Old Maids were also considered witches who communed with the devil. Often, they were subject to a harsh line of questioning called the “third degree” (in which they either confessed, or not, with their guilt already implicit) and were burned at the stake, drowned, or outcast from their villages.

In many countries around the world today, most women no longer need to have babies to run farms and family businesses, and witch hunts are a thing of the past (although women living in countries such as India and Tanzania are still subject to harsh “witchy” treatment). Despite marriage being a somewhat archaic institution, it remains one of the most popular legal contracts, and women like me who don’t marry are still treated like spinsters. Why?

The biggest reason is that single women, a swiftly growing demographic in America, are a strong threat to old patriarchal systems (although we have a ways to go before we are intersectional and cognizant of the equal rights of all women). We outnumber married women, and we aren’t dependent on or defined by men. We demand equal pay, a higher minimum wage, universal health care, and control over our reproductive health and bodies. We are a political force to be reckoned with, making up nearly a quarter of the electorate. We are righteous, we are pissed off, and, like bonobos, we are in control of our sexuality and are sexy as hell.

As I fielded questions about work and my kid at my cousin’s wedding, I thought of what a threat I’ve become. Whereas a bachelor is viewed as eternally “eligible,” a spinster is most definitely not. I’m still beautiful (I own it!), but in a few years, I will be past the age at which I can procreate. In a society in which a man is still archaically viewed as the “head of the household,” then a woman like me isn’t just husbandless, I am even headless.

Yet, there is a light at the end of the tunnel. During my youth, I wanted nothing more than to have my work taken seriously. I tired of having society determine my worth according to my youth and “marriageability.” My family attending the wedding—men and women alike—spoke to me as an equal. I’m viewed as independent rather than traditional. A woman who beats my own drum. A single mother who, against all odds and despite social constructs, has raised my child to understand that all women have worth. If my family views me as a spinster, and though it’s clear that they expected different things from me when I was younger, I’ve fashioned myself as a fortunate, powerful Old Maid. If one day I marry, it will be on my terms. My way.

What’s your perspective? At ESME, every voice counts—every Solo Mom’s story matters—so consider submitting to Voices. We’d love to hear from you!