How Making Friends as a Solo Mom Can Feel Like Dating 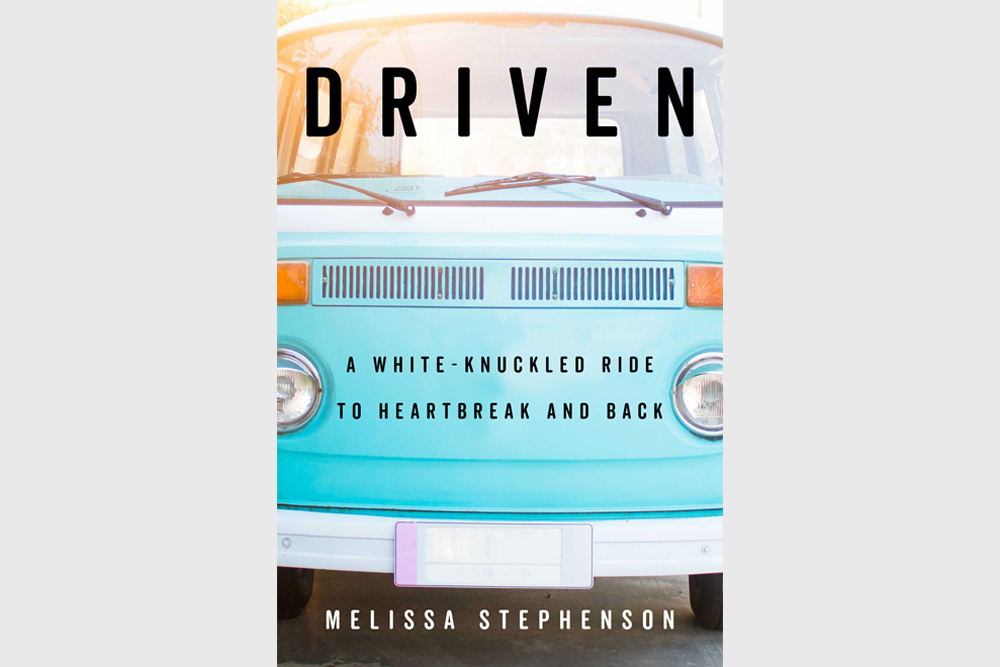 A conversation with ESME contributor and author Melissa Stephenson

On the eve of the publication of her debut memoir, Driven: A White-Knuckled Ride to Heartbreak and Back (Houghton Mifflin Harcourt, forthcoming on July 24, 2018), Melissa Stephenson spoke to Jaimie Seaton about life as a Solo Mom in Missoula, Montana; the dangers of isolation; and how she turned snippets of writing composed during her toddlers’ naptime into a book.

Q: Tell me how you became a Solo Mom.

A: I was married for 16 years to another writer, and when our kids were two and five, we came back to Montana, where I had lived in college. I had no friends, no family, and no support here. That’s when their dad and I decided to split, but I didn’t know when that happened that it meant he would move to another state. He visits them, but I’ve raised my kids on my own; it’s been six years now, and they are eight and 11.

Early on, I realized that part of my work as a parent was making friends to build our own support network in place of family.

Q: That’s an interesting concept; can you explain that a bit?

A: I viewed it as work, even though I think of myself as a pretty good friend. I was definitely an introvert, and making new friends didn’t come easily to me, especially at a point in life when most of my friends were married and entrenched in their families. One of the things that surprised me was how less likely they were to invite the single mom to the barbecue.

Our first winter here was very isolating; we weren’t skiing, we weren’t getting out of the house. There was one stretch where we were snowed in completely for seven or eight days, and I realized that I had no one to come help us if something bad happened. I remember teaching my five-year-old son to walk to the store to get help if there was some type of emergency. Dealing with that isolation taught me, and once spring hit I said, “That’s it: we’re talking to people at the playground; we’re going to library events.”

Q: I think a lot of Solo Moms can relate to that feeling of isolation and being left out of social functions with married couples and families. How did you approach making new friends?

A: I was getting phone numbers at day-care pickup, almost as if like dating. I made a really conscious effort to do that and then maintain the friendships my kids were most interested in. For me, the hard part was putting myself out there and saying, “Would you like to come over? Would like to get our kids together?” Six year later, it feels a lot less scary than when I was first here on my own, and it’s made a world of difference.

Q: This is a great idea for other Solo Moms. How did you get the courage to do it?

A: Since I had toddlers, I was often taking them to events—such as to Lego club at the library—where parents are invited, and when your kids are that age, you tend to stay. If I saw another mom sitting nearby reading a book, for example, I’d ask her about the book. It really does sound almost like dating because I was looking for a way in to initiate a conversation. I found that with very little effort, I could break the seal on the conversation. If our kids were playing and interested in hanging out, the other parent, single or not, was happy their child had a new friend. I’d then offer to host and hope that [gesture] was reciprocated.

Q: Did you make any adult friends this way?

A: Finding close friends for myself was a little more challenging, but I found people who could work within the bounds of my life, which was to come and have a beverage while I made dinner, and bring their kids if they had them or hang out with my kids if they didn’t. Even if [these interactions] didn’t lead to a great friendship, each person would be another face we’d know or someone I could greet by name.

Q: In the midst of working to foster friendships, you wrote a book. How did you manage that?

A: I wrote the book over the course of about five years, and one of the reasons it took so long was because I had small children. When I started writing this book, I didn’t think I was writing a book. All I could make time for was the length of a naptime in one sitting, so I was just writing these small flash fiction pieces. I thought, I don’t know what I’m doing, but at least I’m writing and it makes me feel better. Eventually I ended up with 150 pages of these little flash pieces and thought maybe I should try to weave a narrative together.

Q: That’s amazing. Even more amazing is that you found an agent and a publisher.

A: I accepted help from my ex-husband, whom I supported while he got two master’s degrees and then was in a position to sell his own manuscript. He did really well navigating agents and editors, so when I was ready to look for an agent, I could [go] to him for advice.

Q: Now that your book is being published, are you working on a second?

A: I am at the tail end of a very flawed first draft of a novel. Working on it has been very patchy because of my freelance writing work, but it’s nice that as my first book comes out, I’m closing in on my first draft of the next book.

Thanks to Melissa Stephenson for sharing her insights, and we wish her good luck with the book! Check out her popular ESME essay, “When a Car Wreck Collides with Picking Up the Kids.”