The Gift of Hope 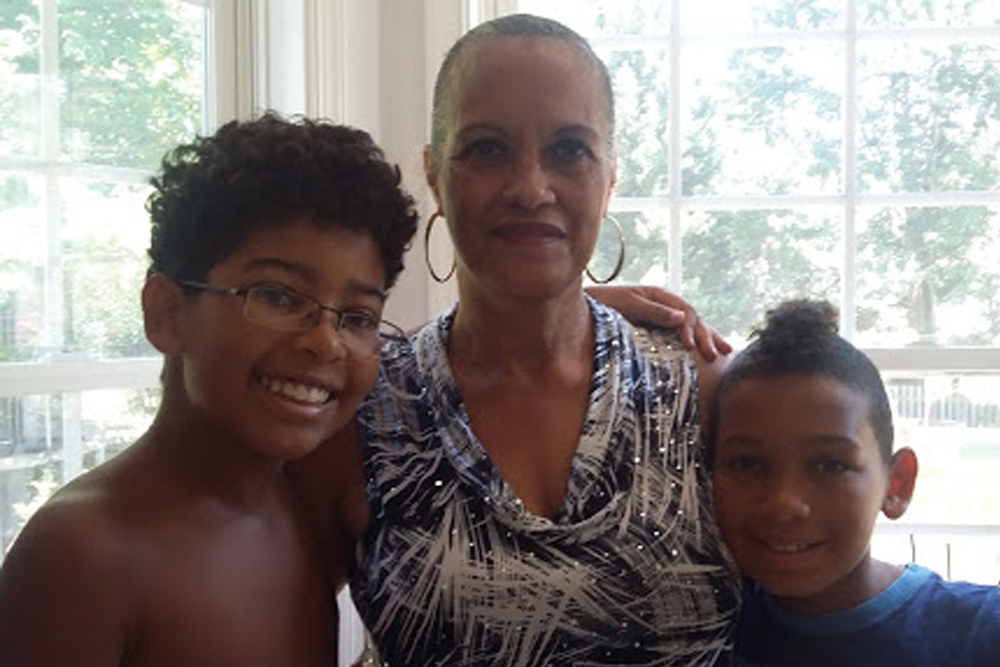 Being a mom has allowed me to realize that we can learn from our children. This writing is, to me, a special gift from my child.

This is written for and in honor of my son Branden. So often we underestimate our young ones as if they have not lived long enough to pass on wisdom. They love as well; therefore, they can teach. Wake-up calls come from the most unexpected places.

Branden was a wise one in a child’s body—I therefore pay tribute. He was born in 1982, and although they had known about HIV since 1946, mandatory blood screening for it was not required by law until 1984. As a result, my child became infected in the hospital, a victim of society. Children are also the last to be tested for new medications that may prolong or cure them of an illness. This was a child, but he still suffered the injustice of stigma, cruelty, and hurtful words; he was ostracized, etc. But that did not stop him from being a pioneer in speaking to his peers about protecting themselves. His motto was, “I was not given a choice; you have one. Please choose wisely.” I learned a lot from this child, even though he was treated unfairly because of the system from the very beginning.

When I think of all the gifts I have received in my life, I come to realize that, even though I have great memories attached to every one of them, only one stands out as significant. Most of the gifts I’ve received were associated with a birthday, holiday, or anniversary. Of course, I have a place in my heart for every one of these tokens of love, but when I tried to find the one that meant the most to me, I thought of just one. One present was completely spontaneous and was given to me in a burst of love and for no reason found on a calendar. As a result, I can honestly say it was the emotional improvement or catalyst to carry me forward as my life was yet to unfold.

It was 1997, and things were very tough for me emotionally. My son was very ill, and I was physically drained and spiritually exhausted. I felt I had nowhere to turn and not even a glimmer of light was glowing at the end of the tunnel. Just when I thought I could not shed another tear, another flood of water would start rolling down my face. I knew in my heart that my son was dying, and I could do nothing about it. Not one person could console me, cheer me up, nor could they get me to talk about how I felt.

I would behave as if a light bulb’s glow had begun to dim, as if I were in a dense fog and I could not see anything around me. This all occurred while my son lay in his hospital bed, just connected to what seemed to me thousands of little IV lines. I would react as if nothing could possibly be wrong. Yes, I was in denial; he just had a bad cold and would be coming home soon. Right after a week, the doctors started telling me that his time was growing short, and they felt they could do nothing more. Then the pastor started coming around. He asked me every day if I would like to start making final arrangements. Talk about pissing someone off! Yeah, I guess I would get that look on my face because Branden would all of a sudden shout, “Mom, be nice!” I would just smile again and think he knows me so well.

Now keep in mind that all this time Mr. B. would just watch me quietly and smile as I handled each situation. I never heard him complain or cry, for he had a peaceful nature. One night as he was sleeping, it came to me as if in a dream that a child whom I loved so much, carried his illness with dignity. I realized how deeply I was affected, and his concern was more for my well-being than his own. As this realization started to hit home, I began to pay more attention to his body movements and mannerisms, even his inflections as he spoke. I started to feel ashamed for having felt denial and having that “Why, poor me” syndrome. You see, I now know that he was preparing me for life without him.

Because of his strength, I began to rejoin the world with him; I followed his lead to enjoy life and appreciate every moment of time that we had a chance to be blessed with. We shared so much: talks, laughter, and sadness. Because he lived, I began to live. He smiled, I began to feel joy. Because he loved to talk and be around others, I began to interact and rejoin the human race. After two weeks of this great gift of hope, Branden passed away. His love for me and observance of my grief prior to his passing, without me even knowing what he was doing, sent me back on my path to life.

Now some might say, “What does that have to do with emotional improvement?” All I know is I was blessed to learn about a little thing called love with no strings attached. Or how about the lesson that wisdom is not only for adults? More importantly, my God has a plan for all of us, and he is not required to tell us ahead of time what it is. We just have to be open to the wake-up calls.

Branden showed me how to walk in faith. Understanding will come later—maybe not when I want it, but when I need it most.

Author’s note: When human beings experience trauma or life stressors, it is not uncommon for their lives to unravel. My passion is to bring a touch of healing and peace through my writings. We as a group need to be reminded that we do not have to go through issues alone—someone understands. I write with a stream of consciousness so as to stay real and truthful. Knowing that no one style of writing is key for all individuals, I therefore draw from my experience in an effort to reach all readers. If you feel anything by way of emotion or food for thought, then my purpose has been achieved.

Theresa Ford is a veteran, mom, wife, and lover of all life. She likes to write as if she were sitting right next to a child, an adult, or families.