What No One Told Me About Postpartum Pain 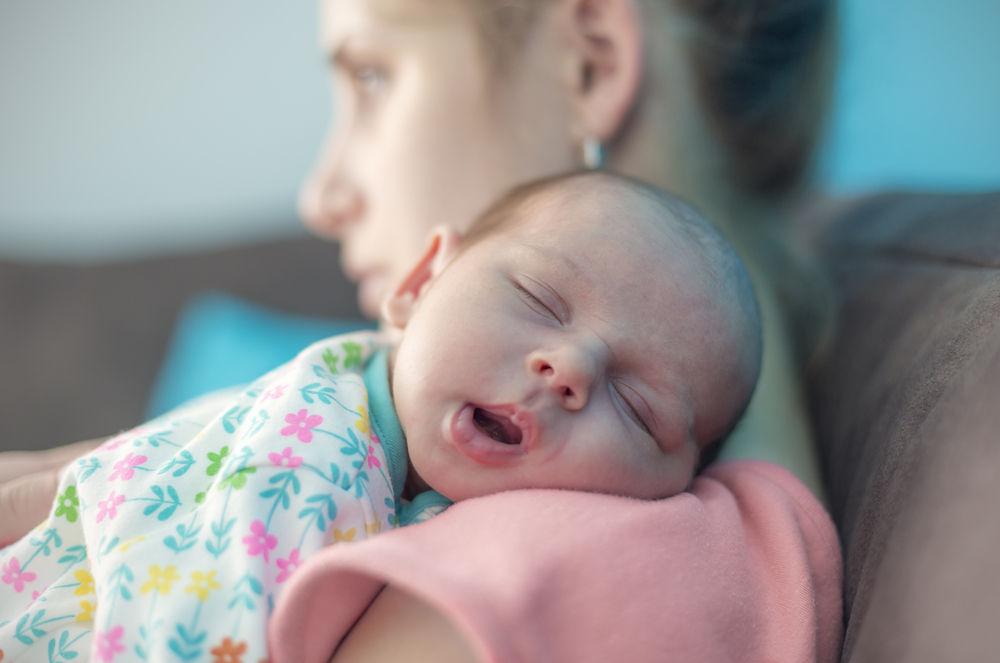 Let’s be honest about our postpartum bodies

After Sarah Bregel, a mom of two living in Maryland, gave birth to her first child, intense pain persisted for much longer than she ever anticipated.

“I couldn’t sit down for weeks,” says Bregel, who initially thought she was experiencing normal recovery from an episiotomy. “Using the bathroom was terrible. Trying to get comfortable to nurse with a long chain of stitches underneath me was awful.”

Without many friends or family around, Bregel didn’t have much support while healing physically and caring for a newborn. When she brought up her severe pain to her obstetrician (OB) first at two weeks postpartum, then at three weeks, and then again at six weeks postpartum, she felt mostly disregarded.

“[My OB] was basically like, this is normal, go home, it’ll heal,” Bregel says. “She had never talked to me about pain afterwards. I hadn’t read a thing about it. To me the recovery felt harder than the birth.”

Bregel, like most women anticipating the birth of a child, prepared herself for pregnancy and giving birth, but had no idea what to expect when it came to recovering from that birth. Many women expect labor to be painful but don’t realize that giving birth can lead to other medical conditions that may require separate treatment, says Dr. Yvonne Bohn, an obstetrician and gynecologist at Providence Saint John’s Health Center in Santa Monica, California.

“There are a lot of things [about childbirth] people don’t talk about and if you are experiencing these things, it may be normal but that doesn’t mean you have to be in pain,” Bohn says.

What no one talks about

Pain and swelling in the vagina or rectum following a vaginal delivery or at the incision after a caesarean section are common and can be treated with ice, pain medication, and warm soaks in the tub, Bohn says. However, if the pain doesn’t subside after about two weeks or suddenly gets worse, it may be time to alert a physician.

“The acute pain should be uncomfortable within the first week, and it should gradually get better and better, and require less pain medication,” she says. “If it’s getting worse or you get a fever, which can be a sign of an infection, tell your doctor.”

Still, many women don’t know what’s par for the course when it comes to postpartum pain and what should raise red flags. Often, there is a subtle difference between what’s expected and what might need treatment. For example, although it’s normal for a woman’s pubic bones to separate to allow the baby to come through, some people may experience severe pelvic bone separation that makes it difficult to walk. Painful intercourse is also common yet hardly talked about, Bohn says.

“Once you recover from stitches and you’re not so sore in your vagina, if you are exclusively breastfeeding, your estrogen levels get very low and that actually causes the tissue in the vagina to thin and lose elasticity,” Bohn says. “So once you are finally able to have sex, whether or not you had a vaginal birth, your vagina is going to sting when you have intercourse. This is something no one talks about, and I don’t know why.”

Bohn provides estrogen cream to her patients who experience this, and once mom is done breastfeeding, her cycle should return, bringing her estrogen levels back to normal.

Be your own advocate

Complicating the issue of postpartum pain is the fact that some of the pain may be the result of shifting bones or loss of muscle and tissue, which is not always evident to physicians at first glance. As a first-time mom sitting in pain at my six-week postpartum checkup after my son was born, I was shocked my OB discussed nothing else but birth-control options when I wanted to know if I would ever walk normally or be able to exercise again.

“We know there are varying spectrums of pain, and a lot of times as a physician you are looking at signs that something is pathologic,” Bohn says. “So when you’re a physician, you’re making sure that the patient’s uterus is small, she’s not bleeding, her stitches have healed, so maybe people are brushed off because the doctor doesn’t see anything externally that alerts them that something is wrong.”

Despite how difficult it may be, Bohn urges women to advocate for themselves with the knowledge that if they are experiencing persistent pain after childbirth, there are options for them, including physical therapy that can help women regain core strength and stabilize pelvic muscles.

“You have a voice, Bohn says. “You have to tell your physician that, ‘No, you aren’t hearing me; I am in pain. What can we do to make it better?’”

Knowing there is a spectrum of pain after giving birth, and there may be options for women experiencing persistent pain empowers women to speak out and seek further medical treatment if they are suffering after childbirth.

It was a year after giving birth before Bregel felt comfortable in her body again, but the recovery after her second child was born went a little smoother.

“I think women need to hear more about the challenges of postpartum and what to expect. It can be really shocking, but providers using the standard model of care don’t talk much about it at all,” Bregel says. “I had midwives during my second birth who talked a lot about postpartum and asked questions about whether I had help or support. Some of my friends had kids by that point and came to bring meals. I was still mostly alone, but I had more people I knew I could call if I needed to.”

What was your postpartum experience? What else should first-time moms know about those first six weeks?

See more >
My Birth, My Way

Why I chose to birth without my ex

A bold new organization, PL+US: Paid Leave for the United States, has a ...